The countryside outside Lichfield along the Two Saints Way (Photograph: Patrick Comerford)

When I am back in Lichfield, I often stay in the Hedgehog Vintage Inn, on the northern edges of the cathedral city. The Hedgehog stands on a hill, with sweeping views across the countryside, and across to the three spires of Lichfield Cathedral.

Below the bank on one side of the grounds of the Hedgehog is Cross in Hand Lane, a meandering country lane that leads out into open countryside, with fields and brooks, leading north to the villages of Farewell and Chorley. 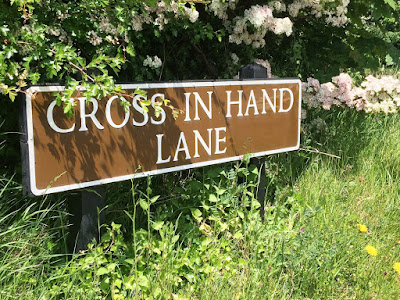 The name of Cross in Hand is a link to the origins of the pilgrim route between Lichfield and Chester (Photograph: Patrick Comerford)

But Cross in Hand Lane also marks the ancient pilgrim route between the shrine of Saint Chad in Lichfield and the shrine of Saint Werburgh in Chester. Both saints had Irish connections – Saint Chad is said to have been trained in an Irish monastery, and Saint Werburgh was a popular saint in mediaeval Dublin – but I have often thought this pilgrim route has the potential to be England’s very own camino. 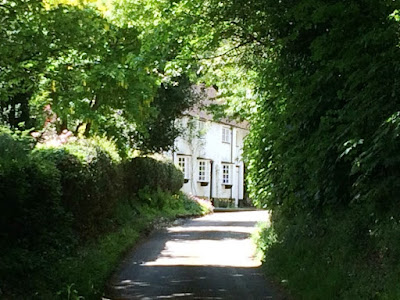 Walking along the Two Saints Way between Lichfield and Farewell (Photograph: Patrick Comerford)

Recently, I received a beautifully produced and well-researched guide to this English camino. The Two Saints Way by David Pott, published last year [2015], is a guide to this pilgrimage way.

David Pott is an experienced long-distance walker and the key person in developing the idea of the Two Saints Way.

When David and his wife Pam came to Stone in the autumn of 2007, he became interested in the foundational story of the town and the legend of the two princes Saint Wulfad and Saint Rufin. The story features both Saint Chad and St Werburgh.

Apart from various sites in Stone, however, he found connections with the legend in other places in the Trent Valley between Trentham and Salt, including a Saxon hill fort at Bury Bank (formerly called “Wulpherecestre”) and Saint Rufin’s Church in Burston. 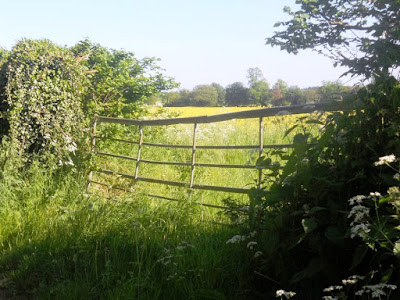 Enjoying the countryside and the views along the Two Saints Way (Photograph: Patrick Comerford) 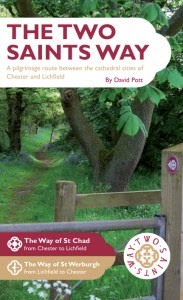 David first thought of linking together these sites in a trail between Trentham and Stafford. But soon there was a suggestion of extending the story trail from Stafford to Lichfield over Cannock Chase along the Heart of England Way.

Then David was heard about the mediaeval pilgrim route between Chester Cathedral and Lichfield Cathedral. Many pilgrims on this route would have continued to Canterbury or even on to Rome or Jerusalem.

He began thinking about linking existing paths to create a revived pilgrimage route between the two cathedral cities.

At first, he called this the Saint Chad’s Way Project. But the idea grew and an early support group became a steering group.

With the discovery of the Staffordshire Hoard in 2009, there was a new interest in the heritage of Mercia, and the name of Two Saints Way was adopted in June 2010.

The inaugural pilgrimage along the Two Saints Way took place in March 2012. Since then, work has continued on signing the setting up interpretation panels. This colourful and practical guidebook was published last year [November 2015]. 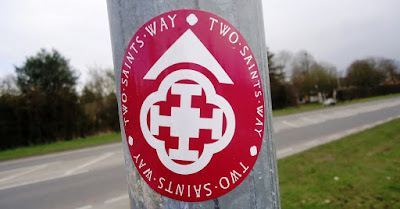 Preparing the guidebook was a lengthy process that included assembling photographs and finalising maps.

Inevitably, changes took place along the route, such as kissing gates replacing stiles. And there has been in upsurge in interest in the pilgrim route.

The Two Saints Way now has a team of volunteer local co-ordinators to oversee each section of the route in their locality, making sure the footpaths are clear and the signs stay in place.

The maps and instructions in this book are clear and helpful, and the book is a beautifully presented and attractive invitation to set out on this pilgrim route. There is a wealth of practical detail and information, with interesting and inspiring content. 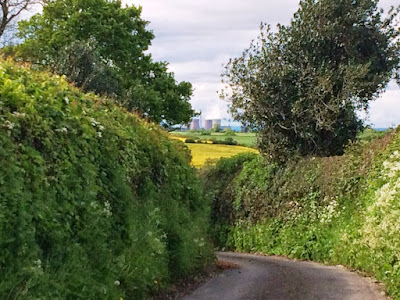 In his cover endorsement of the book, the Dean of Liverpool, Pete Wilcox, a former Canon Chancellor of Lichfield Cathedral, says: “The Two Saints’ Way is a remarkable achievement: part long-distance footpath, part-pilgrim trail; full of history and natural beauty. This superb new guidebook is as clear and colourful as it is full of detail. It will enable users to get the very best out of every section of the route, whetting the appetite of those planning a trip, and serving as a souvenir for those looking back on the experience.”

Find out more about this interesting pilgrim route here. 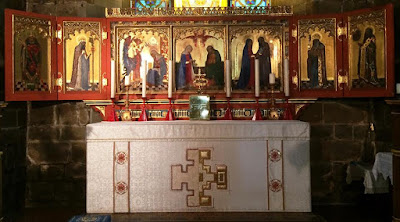 The High Altar and reredos in Saint Chad’s Church, Lichfield … one of the ancient sites on the Two Saints Way (Photograph: Patrick Comerford)