Remembering ‘Tommiknox’ and
his gifts to Sidney Sussex College 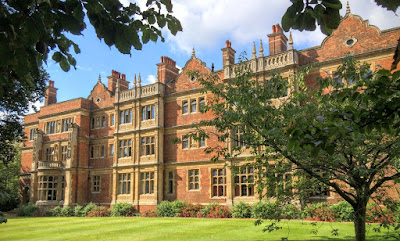 The summer conference in Sidney Sussex College organised by the Institute for Orthodox Christian Studies has moved this year from the William Mong Hall, behind the chapel, to the Knox-Hall Room in Cloister Court, just below my rooms on Staircase L.

The room is a genteel, oak-panelled seminar room looking out onto both Cloister Court and the Fellows’ Lawn, and was named in honour of Thomas Knox-Shaw (1895-1972), a Fellow of Sidney Sussex and Master of the College from 1945 to 1957.

Knox-Shaw was educated at Blundell’s School, which has had links with Sidney Sussex since its foundation in 1604. He won a mathematics scholarship to Sidney Sussex, and here he obtained Firsts in both parts of the Mathematical Tripos and was fourth Wrangler in 1908.

He was elected a fellow of the college in 1909, but at the outbreak of World War I he joined the York and Lancaster Regiment. He spent the war both with his regiment and on brigade staffs, first in France and later in Mesopotamia, and was awarded the Military Cross.

Knox-Shaw returned to Sidney Sussex as a mathematics tutor in 1919. He was on the council of the Senate of Cambridge University, and in 1929. Knox-Shaw became the second treasurer of the university. In these roles, he made reforms to university accounting and its methods of controlling and maintaining the university’s buildings.

Knox-Shaw became the Master of Sidney Sussex in 1945, and remained in office until he retired in 1957. His gifts to Sidney Sussex College include the picture of Oliver Cromwell that hangs in the Hall where I am having meals each day.

In Church life, he also served as a member of the Board of Finance of the Diocese of Ely, was a trustee of the Cambridge Mission to Delhi and a very active member on the committee of the Universities’ Mission to Central Africa (UMCA). Both missions are now part of the Anglican mission agency USPG.

Knox-Shaw played a role in the early developments of the National Health Service in the Cambridge area, and in 1954 was made a CBE.

Knox-Shaw was also an active supporter of the Sidney Sussex Boat Club and Tomminox 2002 is one of a succession of boats bought by the boat club from the Knox Shaw fund. This is a Burgashell 8+ designated for use by both the men’s and women’s squads. Indeed, there is evidence of former Tomminoxes around the boat house. 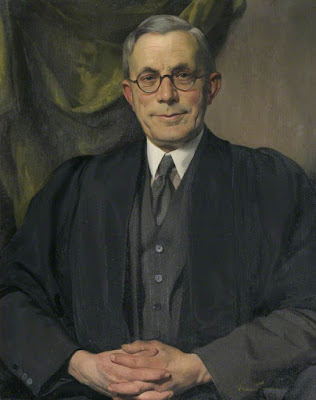