Winter sunshine at Farmleigh House,
rebuilt by Fuller for the Guinnesses 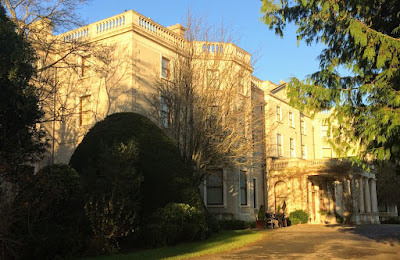 In recent weeks, in my architectural postings, I have written about a number of works in Dublin by the architect James Franklin Fuller (1835-1924), including the Superintendent’s Gate Lodge in Saint Stephen’s Green, Dublin, Saint Mary’s Church, Julianstown, Co Meath, and D’Olier Chambers or the Gallaher Building, a landmark building on the corner of D’Olier Street and Hawkins Street, Dublin.

I spent some of Wednesday afternoon [28 December 2016] in the Phoenix Park, Dublin, at another Fuller building, Farmleigh House.

This was originally a two-storey Georgian house, belonging first to the Coote family, and then passed to the Trench family. It was bought by Edward Cecil Guinness (1847-1927),1st Earl of Iveagh, on his marriage to his cousin, Adelaide Guinness.

Lord Iveagh was a great-grandson of Arthur Guinness, founder of the brewery, and in 1919 he became Baron Iveagh in 1891 and the 1st Earl of Iveagh in 1919. He extended Farmeligh Hpuse twice, first in the 1870s to designs by Fuller, and later by the Scottish architect William Young (1843-1900). 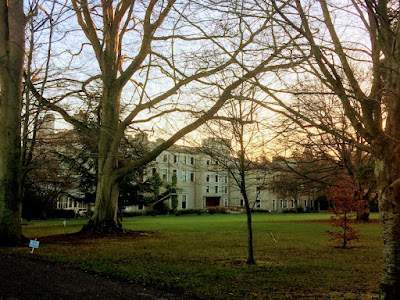 Fuller extended the house to the west, refurbished the existing house, and added a third storey. Fuller also designed the under-gardener’s lodge, farm buildings, the conservatory, the Liffey Road lodge, the dairy, and other buildings on the Farmleigh estate.

In 1896, the ballroom wing was added, designed by the Scottish architect William Young (1843-1900), who also worked on the Guinness family’s English country seat Elveden in Surrey. 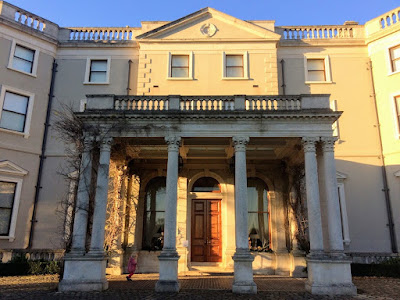 With the addition of a new conservatory adjoining the ballroom in 1901, and the increased planting of broadleaves and exotic plants in the gardens, Farmleigh had, by the early years of the 20th century, became synonymous with gracious Victorian and Edwardian living and entertainment. 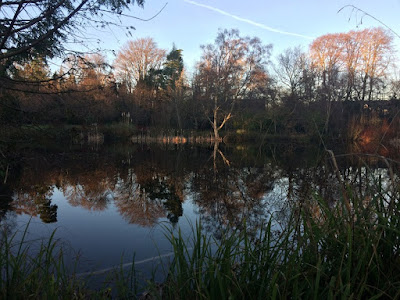 Set in rolling countryside, the exterior of Farmleigh is restrained, with a sumptuous interior. The most obvious elaborate feature of the exterior is the fine conservatory which adjoins the drawing room and ballroom.

The interiors of the house are of two idioms. The older interiors are ‘a cheerful Baroque with much exposed honey-coloured panelling.’ The best of these is the library with its balcony level around the book shelves.

At the top-lit stairwell, Fuller introduced natural light into the heart of the building. The immediate front hallway is also top-lit by roundels set in the ceiling of the hallway or porte cochere.

Farmleigh and its 78-acre estate was bought from the Guinness family by the Irish Government in 1999 for €29.2 million. The Office of Public Works has refurbished the house as the accommodation for visiting heads of state and guests of the nation and for Government meetings, and for public enjoyment.

Later, after coffee in the Boathouse Café, two of us went for a walk around the former boating lake created by the Guinness family, and later went for a walk along the banks of the Royal Canal at the Twelfth Lock, between Castleknock and Blanchardstown.

The sun was setting and casting long shadows. It had been another crisp, bright winter’s day. 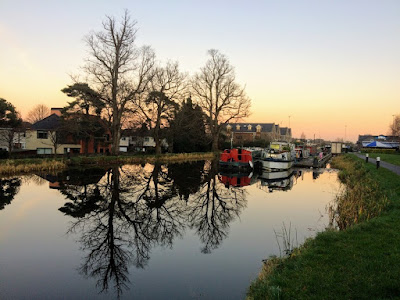 A winter scene at the Twelfth Lock on the Royal Canal (Photograph: Patrick Comerford, 2016)