Going to the movies with
Harry Potter and Noah 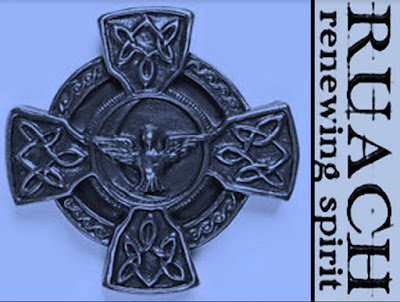 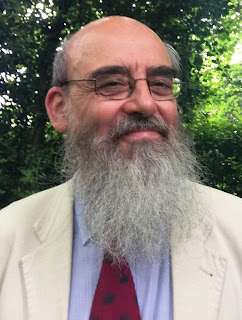 Two of the movies nominated for Oscars this year offer interesting opportunities to explore and debate spiritual values. Loving was nominated for ‘Best Actress’ (Ruth Negga), and Silence, directed by Martin Scorsese, was nominated for ‘Best Cinematography.’ Loving tells the story of Richard and Mildred Loving, the plaintiffs in the 1967 US Supreme Court decision Loving v Virginia, which invalidated Virginia’s so-called anti-miscegenation laws.

Many of the people who defended laws against marriages like this in the US, South Africa, and many other places, invoked arguments that found Biblical justification. So Loving is a movie that talks about the values of love and marriage, but also asks who should be married, and asks deep questions about when it is right to disobey the law and how we should disobey unjust laws.

Silence, starring Andrew Garfield, Adam Driver, Liam Neeson, Tadanobu Asano and Ciarán Hinds, is an historical drama based on the 1966 novel by Shūsaku Endō. It is set in Nagasaki, and tells the story of two 17th century Jesuit missionaries who travel from Portugal to Japan in search of their missing mentor.

Scorsese’s movie examines the conflict between adhering to one’s sacred vows and traditional beliefs and doing the right thing, the prudent thing, the moral thing, on a very pragmatic level, in order to save lives and restore personal dignity. It asks questions about mission and whether we made Christianity captive to European culture, it asks questions about interfaith relations and the values of other faiths, and it invites us to reflect on what risks we would take and what lengths we would go to for our faith.

There are asides too that I find engaging, such as one priest’s fascination with the face of Christ, which he visualises in the form seen in El Greco’s painting, La Verónica, in turn based on a traditional Greek icon now in the Ajuda National Palace, Lisbon, and the only El Greco painting in Portugal.

Writing in Rolling Stone, Peter Travers says Silence offers ‘frustratingly few answers but all the right questions,’ and that it is among Scorsese’s ‘most spiritually moving films to date.’

When I was a student on a fellowship in Japan in 1979, I knew a journalist from Thailand who was a fellow student and who displayed a great familiarity with the Bible. When I asked him about his Biblical awareness, he told me everything he knew he had learned from movies. He then proceeded to list off The Ten Commandments, The Robe, The Greatest Story Ever Told … and Ben Hur and Spartacus. 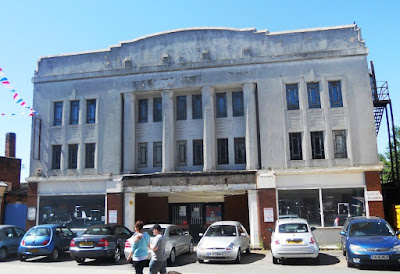 The former Regal Cinema in Lichfield … are our ideas of cinema and movies outdates or related to today’s expectations of spirituality? (Photograph: Patrick Comerford)

Exodus, the epic movie launched about three years ago has yet to take the place of Cecil B De Mille’s Ten Commandments in our collective, cultural consciousness.

The epic Noah (2014) was supposedly based on the story of Noah and the Ark. One reviewer called the flood scenes ‘a bit too Cecil B Demented for me’ and wondered at the sophistication of antediluvian orthodontists given there are so many white-toothed characters. I found it interesting to note that production was put on hold in 2012 while Hurricane Sandy hit New York with heavy rain and flooding.

Archbishop Justin Welby called Noah ‘interesting and thought-provoking’ and ‘impressive’ after Russell Crowe visited him at Lambeth Palace to discuss ‘faith and spirituality.’ Rabbi Shmuley Boteach, a leading Orthodox rabbi, described Noah as ‘a valuable film, especially for our times.’ Indeed, Darren Aronofsky said he worked in ‘the tradition of Jewish Midrash’ to create ‘a story that tries to explicate Noah’s relationship with God and God’s relationship with the world as it has become.’ The name of Noah’s wife, Naamah, does not appear in the Bible, and Aronofsky derives it from the traditions of the Midrash.

This movie makes no specific mention of God. But then, of course, neither does the Book of Esther. Tom Price of the Oxford Centre for Apologetics, says Noah asks perceptive questions: ‘Is there a God? Has God spoken? What is it with human nature – are we good deep down, or is there something broken about us?’

Tom Price made a very valid observation about movies in a comment in the Church Times: ‘Ten years ago, most Christians’ reaction to cinema was generally much more negative and cynical. They were either asking for censorship, or judging the film project for having too much sex. Now I’m seeing audiences all over the UK wanting to engage with the stories, the characters, and the question.’

The movie Calvary (2014) is an Irish-made black comedy in which Brendan Gleeson plays Father James Lavelle. He is a good priest intent on making the world a better place, but he is continually shocked and saddened by the spiteful and confrontational inhabitants of his small town. One day, his life is threatened during confession, and the forces of darkness begin to close in around him.

Gravity (2013), starring Sandra Bullock and George Clooney, is a story about two astronauts involved in the mid-orbit destruction of a space shuttle and their attempt to return to Earth. Some commentators have noted religious themes in this movie, suggesting there is ‘a dimension of reality that lies beyond what technology can master or access, the reality of God.’

The Passion of the Christ (2004) was a box-office success, grossing more than $370 million in the US, and it became the highest-grossing non-English language film ever. As we left the cinema, my then-teenage sons were not so much shocked as stunned. They noticed too how everyone left the cinema in silence.

The success and attention of the movie raises many questions:

The Mission (1986), starring Robert de Niro and Jeremy Irons, was as the No 1 movie on the Church Times list of the Top 50 Religious Films. This movie provides us with:

But the Harry Potter and Lord of the Rings movies also convey spiritual truths to many never reached by the Churches because they tell us:

● The importance of protecting the innocence of children.
● That those who possess power and authority (including parent-figures and religious leaders) are not always right, and don’t always possess a monopoly on truth and wisdom.
● That religious power and authority can be misused.
● That beauty and goodness are not always to be equated.
● That the ugly are not bad because we see them as ugly.
● That simple people can be wise.
● That life is a journey, and a pilgrimage.
● That we must continue to hope and believe that, in the end, good will triumph over evil.

Indeed, they tell us that movies need not have an obviously religious theme to reach and challenge the spiritual core of cinemagoers.

This paper is published in ‘Ruach’ (Trinity 2017 Edition 3, pp 28-31). ‘Ruach’ is an online journal promoting spiritual growth and healing, and is edited by the Revd Dr Jason Phillips the parish priest of Whittington, Weeford and Hints, in the Diocese of Lichfield, and Lynne Mills