Victorian relics of
the town gas
industry in Limerick 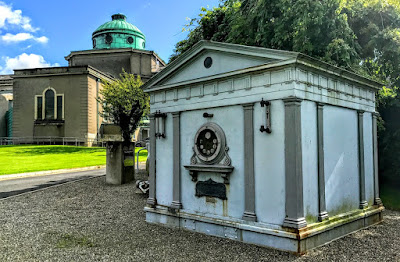 The Victorian gas meter at Limerick School of Art and Design looks like a Georgian-era classical temple (Photograph: Patrick Comerford, 2017)

As I wandered around the grounds of the Limerick School of Art and Design and the former Good Shepherd convent and Magdalene laundry last week, I came across a series of artefacts that are reminders of another aspect of life in Victorian Limerick.

The end of the manufacture of town gas in Limerick and the arrival of the national gas network 30 years ago brought many changes to life in Limerick. But for almost 200 years, the people Limerick had been supplied with town gas.

At first, this town gas was produced at West Water Gate, beside Broad Street. But for the most part, it was produced at the gasworks in Dock Road, between Alphonsus Street and O’Currry Street.

Dock Road was an ideal location for the production of town gas: it was close to the docklands, making it easy to import and access supplies of coal, which was the raw material for producing town gas until 1975. After 1975, naptha, a petroleum product was used to manufacture town gas.

Limerick Gas Company was still responsible for this production until 1986, when it came under the ownership and brand of Bord Gáis, and natural gas began to replace town gas in Limerick.

The city’s gas was made from coal and later from naptha at the Dock Road site in Limerick from 1880 until 1987. Since the late 1980s, Limerick’s gas supply was switched from coal to natural gases.

The old distribution system, mainly manufactured in cast iron, was replaced gradually with a polyethylene system. But there was a danger that some of the old Victorian artefacts associated with the early system would be lost.

A 12-month period of careful restoration began, with James O’Donnell Engineering working on a project to commemorate the story of Limerick’s 300-year gas manufacturing industry. Key artefacts from the town gas manufacturing process were expertly restored, including a gas meter and a steam-operated tar pump dating from the 1890s.

The project was supported by Limerick Institute of Technology, Limerick Civic Trust, Limerick City Council and the Bord Gáis Networks. When the restoration was completed, the artefacts were moved to a site in the gardens of the Limerick School of Art and Design.

On 22 May 2012, the Mayor of Limerick, Councillor Jim Long, and the chair of Bord Gáis, Rose Hynes, officially unveiled the cast iron gas meter along with the steam-operated tar pump in the grounds of the former Good Shepherd Covent and former Lancastrian School on Clare Street. 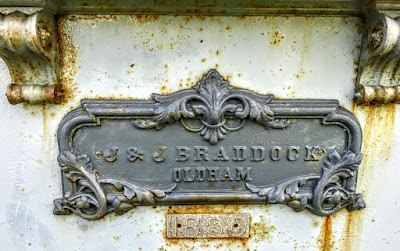 The gas meter is 8 ft square, built of cast iron and it is designed in the style of a Georgian-era classical temple. It is believed to be a one of a kind built in that era as there is no other known meters like this in Ireland.

This large-scale gas meter measured gas as it was issued from the gas works into the mains. It was used by the gasworks to balance the amount of gas issued against the amount of gas paid for. It was coupled with a dynamic regulator to keep pressure constant, or to modulate the pressure at specified times through a series of rapid pressure spikes for use in street-lamps.

After its construction, the gas supplied was infused with naphta, and an anti-naphthalene minor carburettor was added to inject a fine mist of naphtha into the outgoing gas to avoid the crystallisation of naphthalene in the mains, and their consequent blockage. 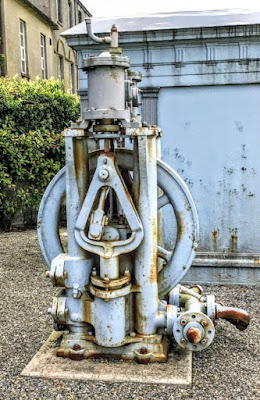 Tar was a useful by-product of the process, and the restored artefacts include a steam-operated, double-acting tar pump that was a key element of the gas manufacturing process.

These Victorian artefacts are reminders of a bygone age and their style and decoration make them beautiful curiosities from the city’s industrial past. Standing in gardens of the Limerick School of Art and Design, they provide a sharp contrast with the bleak chimney-stack of the Magdalene Laundry, which dates from a similar period, and its dark and gloomy past. 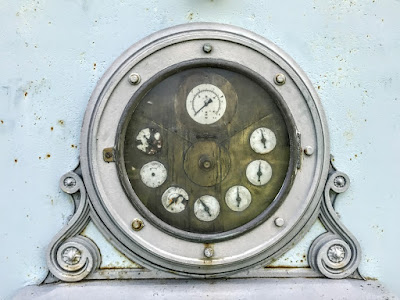