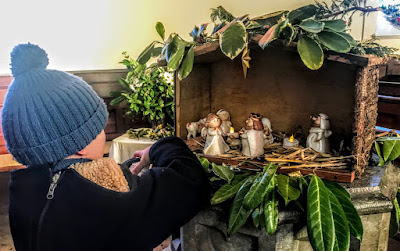 The Three Wise men arrive at the crib in Saint Mary’s Church, Askeaton

Epiphany was marked in a new way this year, drawing on old traditions, when the lintels of rectory doors were chalked with the traditional Epiphany blessing 20 + C + M + B + 18, representing the numerals of the year, the initials of the Three Wise Men or Magi – Caspar, Melchior, and Balthazar – who came to visit the Christ Child in his first home, and abbreviating the Latin blessing, Christus Mansionem Benedicat, ‘May Christ bless the house.’

As we move from Christmas and Epiphany to Lent and towards Easter, and the chalk blessings fade and are washed away in the rains, these have been weeks of joy and sadness in this group of parishes, with news of marriages and deaths.

Congratulations to Nicky White of Nantenan and Robert Daniel Foley from Cork who recently announced their engagement and who plan to marry in Saint Mary’s Church, Askeaton, during the summer months.

Madame Marianne Griffin (nee Micolod) of Altavilla, Askeaton, died on 10 January in Abbot Close, Askeaton. She was the widow of Ronnie Peter Griffin and the mother of the late Ronnie Francois Griffin. She is survived by her children Rosie, Maude, Gerald and Nicolas, her daughters-in-law Kaye, Marie, Rebecca and Sonya, her sons-in-law Peter, Eddie and Colin, and a large family. Her funeral and burial took place in Saint Mary’s Church, Askeaton.

Kathy Casey Byrne died on 16 January after a short illness, at the heart-breakingly young age of 29. She is sadly missed by her husband Noel (Kiltimagh, Co Mayo), her parents Daphne and Pat, her sisters Melanie and Vanessa, her brother Conor, and her family and friends. Her funeral took place in Saint Molua’s Church, Ardagh.

The canons or chapter members of the Diocesan Cathedrals are being invited to enhance their roles by taking up residence in the cathedrals on a rotating basis. This initiative begins on Sunday February 18, the First Sunday in Lent, when Canon Patrick Comerford takes the services and preaches in Saint Mary’s Cathedral, Limerick, as the Canon Precentor, and the Dean of Limerick, the Very Revd Niall Sloane visits Saint Mary’s Church, Askeaton, and Saint Brendan’s Church, Kilnaughtin.

A series of Lenten study groups on Thursday evenings in Lent is open to all. This year, the planned evenings in the Rectory in Askeaton will use the USPG Lenten Study Pack, ‘All Things Are Possible’, which explores how Anglicans worldwide are supporting the UN’s Sustainable Development Goals (SDGs).

Other groups that have met in the Rectory in recent weeks include study and training days for clergy and readers on preparing for Advent and Christmas and preparing for Lent and Easter.

Select vestries: Rathkeale Select Vestry meets in the Rectory, Askeaton, on 8 February. Other vestry meetings are being arranged for February.

Listowel Workhouse: The Revd Joe Hardy recently took part in the unveiling of a plaque at the entrance to the Chapel in Listowel District Hospital to commemorate the hospital’s place as the last remaining link to the workhouse in Listowel. The plaque is an initiative of Listowel Tidy Towns Group. 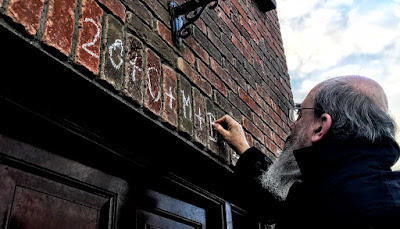