Following the Stations
of the Cross in Lent 24:
Millstreet 7: Jesus
falls the second time 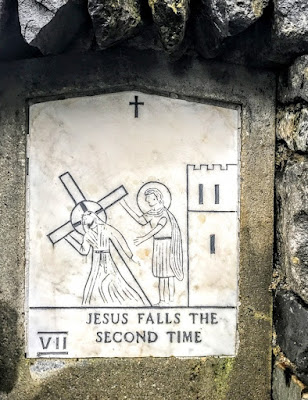 We have come to the half-way mark in our Lenten journey. As part of my meditations and reflections in Lent this year, I am being guided by the Stations of the Cross from three locations.

In the seventh station by Liam Cosgrave in Millstreet, Christ stumbles and falls to his knees, despite the best efforts of Simon of Cyrene to help him bear this burden. We are half-way through the Stations of the Cross, but there is no light touch or easy way out.

The Greek writer, historian and theologian Dimitrios Vernardakis (1833-1907), who was twice nominated for the Nobel Prize for Literature, once wrote that his father’s name was the profitless burden which he was condemned by irrevocable ill-fortune to bear on his shoulders throughout his life. What are the burdens you are forced to bear on your shoulders throughout life, perhaps even since childhood, that you feel are a burden you cannot shake off? Who can you share this with in life?

This writer's father, Nikolaos Vernardakis, was a poet from Crete. Another writer from Crete, Nikos Kazantzakis, prefaces his autobiographical novel Report to Greco with a prayer:

His tomb in Iraklion is marked only by a simple wooden cross framed by a flowering hedge and an undecorated gravestone with the pithy epitaph: 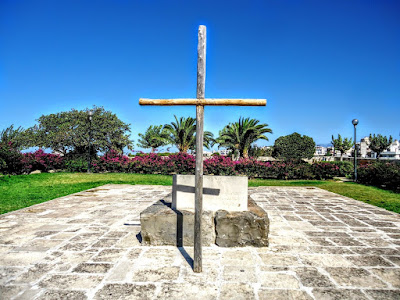 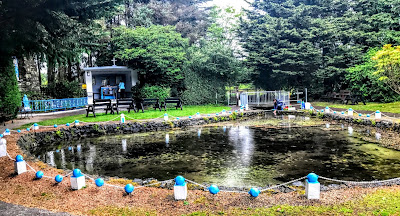