Reaching a new landmark
makes me ask what
3.5 million people look like 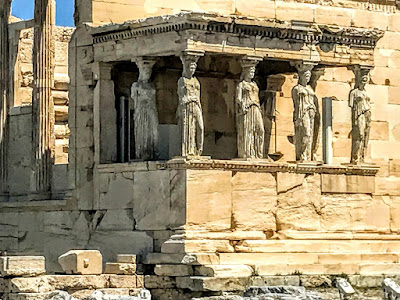 I try not to worry about how many readers this blog attracts each day, or each month, still less about the number of hits this blog has had since I started blogging over eight years ago, in July 2010.

I want to write in this style because I think it is the right way to share my ideas, from my sense of humour to my deepest values. But I am determined not to write in a particular way in the hope of attracting a greater number of readers.

On the other hand, I suppose, Shakespeare did worry how many people were going to pay to see his plays on the stage of the Globe.

But I am no Shakespeare, and certainly no Addison or Eliot, nor does my livelihood depend on my writing.

On the other hand, the occasional response from a reader can so positive that it makes it all worth the effort and the energy that it takes to keep a blog like this going.

And so, I have kept a tab on some landmarks for this blog, and there was a certain sense of satisfaction in noticing that earlier this day this blog had passed another landmark. By early this afternoon [21 September 2018], this blog had recorded a total of 3.5 million individual hits since I first began blogging over eight years ago.

The Attica region, with a population of around 3.5 million people, includes greater Athens, a number of suburban towns and the port of Piraeus, one of the world’s largest passenger ports.

Today’s metropolis of Athens, with its 3.5 million people, is the political, social, cultural and economic capital of Greece. Greater Athens is a metropolitan area that extends over 583 sq km.

Surprisingly, the Athens suburbs are among the most thinly populated outlying city districts anywhere. The municipality of Athens has an area of 39 sq km, with a population of 665,000 people living inside city limits in 2016. 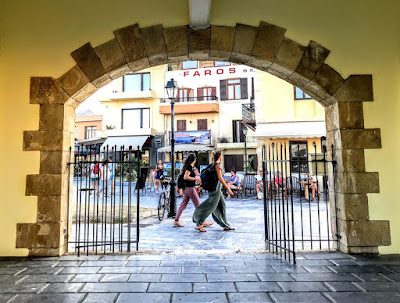 Crete welcomes more than 3.5 million visitors annually; mammoths first found themselves on the island of Crete as early as 3.5 million years ago.

The Anglican Church of Southern Africa has about 3.5 million members, and so too has the National Baptist Convention of America.

About 8.7 million people visit Ireland each year, and the UK is the largest source of overseas visitors … with 3.5 million visitors.

More than 3.5 million visitors come to Cambridge every year. Which is totally unconnected with the fact that each year over 3.5 million people in 130 countries sit the Cambridge Assessment English exams, the world’s leading certificates for English language learners.

Licensed buskers have an audience of around 3.5 million Tube passengers on the London Underground every day, and it is said the number of vegans in the UK has reached an all-time high of 3.5 million.

About 3.5 million EU citizens living in the United Kingdom will have to apply for a new immigration status after Brexit and must prove their identity to gain ‘settled status,’ although large numbers will be unable to complete the whole process digitally.

In Ireland, over 3.5 million people are members of credit unions, making the credit union movement across Ireland is the most successful in the world with the highest membership per capita. On the other hand, there are 3.5 million members of the National Trust in the United Kingdom.

Although he won the election, Donald Trump continues to claim that 3.5 million people voted illegally in the 2016 presidential election in the US. The information he used was compiled from only 462 counties in 38 states, yet the entire US comprises over 3,000 counties in 50 states.

Many of those other countries might well have substantially fewer registered voters on their rolls than adult residents who are eligible to vote … which all goes to show that Trump is the biggest peddler of ‘fake news’ and lies, and knows nothing about how to count either the number of people at his inauguration or 3.5 million people.

For those who prefer real news, the New York Times has 3.5 million paid subscriptions, and in Europe the largest-circulating newspaper is the German Bild at 3.5 million.

In terms of spending power, Kythnos Island in Greece was up for sale recently for €3.5 million. The island in the west of Cyclades and surrounded by the Aegean Sea, covers 191,182 square metres, and is just an hour from Athens by boat. It already has 20 to 25 picturesque small houses, and the price had dropped from the original €5 million advertised price.

Aristotle Onassis bought the Greek island of Skorpios in 1962 for just 3.5 million drachmas, but that was then the equivalent of about £10,000.

Fedamore House, Fedamore, Co Limerick, the home of Gerry McManus, younger brother of billionaire Limerick businessman JP McManus, is on the market with an asking price of €3.5 million.

Lough Rusheen House, a luxurious, five-bedroom, family home on the shores of Rusheeen Bay in Barna, is the most expensive property on sale in Co Galway, with a €3.5 million price tag.

Or you could buy the former Kenilworth Motors site in Harold’s Cross, Dublin, a high-profile site that is zoned for residential development.

The Clarion Hotel in Limerick, Ireland’s tallest hotel, was put on the market recently by the receivers for €3.5 million, just months after Limerick’s Radisson Blu Hotel was sold for €3.5 million. The Strand Hotel was given conditional planning permission in recent months to increase to over 200 rooms as part of a €3.5 million upgrade.

Ballymagarvey Village, a popular wedding venue in Co Meath, restored in recent years from a dilapidated property, has announced plans for a €3.5 million expansion to begin next year.

Irish Water, in partnership with Limerick City and County Council and supported by RPS and Roadbridge, recently completed a 12-month contract to find and fix leaks on the public water network. As a result, over 3.5 million litres of treated water which had been lost to leakage every day is now available to supply homes and businesses in Limerick City.