‘Lord, where shall I find You?
Your glory fills the world’

In our Gospel reading this evening (John 12: 20-36), it is Palm Sunday, and some Greeks are in Jerusalem for the festival of Passover. This year, Passover begins on Friday evening [19 April 2019], coinciding with Good Friday.

So, my choice of a Lenten poem this evening is ‘Lord, where shall I find You?’, a translation by Rabbi Chaim Stern (1930-2001) from David Frischmann’s Hebrew version of Rabindranath Tagore’s poem Gitanjali.

This poem is in a book that I thought for the past two years I had lost in my moves between Dublin and this parish. Service of the Heart, was published in London by the Union of Liberal and Progressive Synagogues in 1967, and the edition I have is dated 1969. I was delighted to rediscover it on a bookshelf in the Rectory in Askeaton a few weeks ago.

One of the poetic prayers I have used on occasions, ‘Lord, where shall I find You?’, this translation by Rabbi Chaim Stern and David Frischmann of Rabindranath Tagore’s Gitanjali. It was also included in the Sabbath Prayer Book of the Jewish Reconstructionist Foundation.

Dr Chaim Stern is regarded as the foremost liturgist of Reform Judaism. He was born in Brooklyn, New York, and studied in Orthodox yeshivot as a child. But the Holocaust caused him to become far more secular than his family. 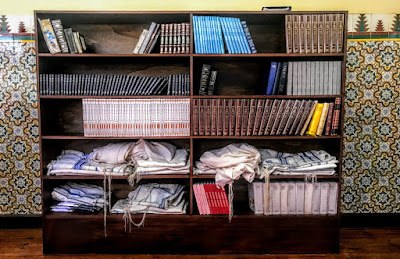 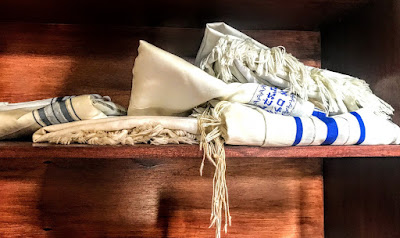 Prayer shawls on shelves in the synagogue in Porto (Photograph: Patrick Comerford, 2019)