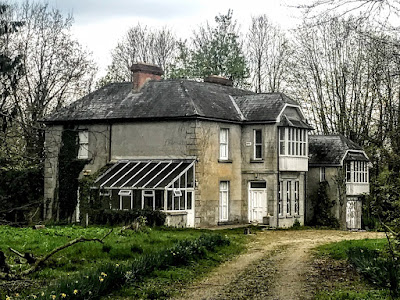 I have decided to continue my research into the story of the great scientist John Desmond Bernal (1901-1971), his Limerick roots, and his interesting descent from prominent Sephardic families who changed their family names when they arrived in Ireland.

John Desmond Bernal, crystallographer, molecular physicist, social scientist, committed Communist and campaigner for world peace, was born in Brookwatson, Nenagh, Co Tipperary, on 10 May 1901. He was the eldest child of Samuel George Bernal (1864-1919) and his wife Elizabeth ‘Bessie’ Miller, who had married the previous year.

So, on a recent weekend, I decided to visit Brookwatson on the Borrisokane Road, on the northern fringes of Nenagh.

I was curious to know where Brookwatson or Brook Watson got its name, and who it had been called after.

I had heard before of the stories of the adventurer Sir Brook Watson (1735-1807), who as a boy sailor lost his right leg below the knee in a tussle with a shark while swimming off the coast of Cuba. I sometimes wondered whether his wooden leg had influenced Robert Louis Stevenson in creating the character of Long John Silver.

Brook Watson went on to become the first chair of Lloyds and was later became Lord Mayor of London in 1796.

But Watson seems to have had no Irish family connections, and he had no surviving children. 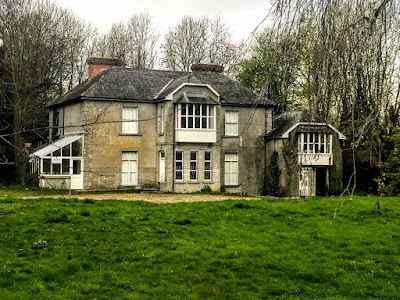 Brookwatson takes its name from the Watson family of Garrykenndy (Photograph: Patrick Comerford, 2019)

Instead, Brook Watson in Nenagh is named after the Watson family who lived near Garrykennedy, Co Tipperary, from at least the mid-18th century. They appear to have inherited Garrykennedy from the Feltham family, descended from a Lieutenant Henry Feltham who was granted the lands of Garrykennedy in the 1660s.

Henry Feltham and his successors in the Watson family kept the harbour at Garrykennedy in working order. It was a valuable asset as a port on the River Shannon, and it provided access to efficient transport long before the expansion of the railway network in Ireland.

Watson family members married into the Feltham, Gason and Drew families. Feltham Watson was living at Brook Watson in 1837 and at the time of Griffith's Valuation, when the house was valued at £26 and held from the representatives of Peter Holmes.

James Watson married Julia Blake, and in November 1857 the Garrykennedy estate of Julia Watson, or of Charles Blake her trustee, or of Christopher Hume Lawder, the assignee of James Watson, an insolvent, was advertised for sale.

This estate amounted to 248 acres held in fee simple, and it included the town of Portroe and the demesne lands on which an old mansion had been removed by the ‘late tenant’ to make room for a new one, of which he had completed one tower. The sale rental included a view of the Garry Kennedy demesne on the shore of the River Shannon. It was bought by William Parker for £6,000.

The estate of Carrol Watson called Brookwatson, with 147 acres held in fee farm, was advertised for sale in June 1864. By 1870, it was in the hands of the Brereton family. 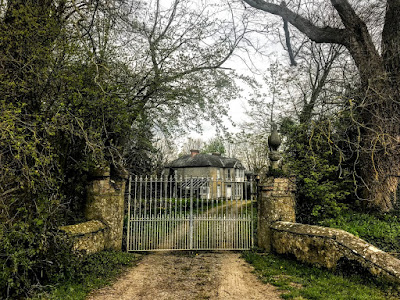 Brook Watson or Brookwatson is a detached, three-bay two-storey house, with a projecting central bay that has an oriel window. There are single-storey and two-storey additions on the south side with lean-to and hipped roofs and a single-bay, two-storey block with an entrance door and an oriel window on the northside.

The house has hipped slate roofs and half-hipped roofs over the oriel window and on the north block, and there are brick chimneystacks. The entrance to the yard has rendered round stone piers with alternating red and yellow brick caps.

There are rendered stone and brick piers with cast-iron gates at the avenue, and interesting ‘ha-ha’ to the east of the house.

The half-hipped roofs, oriel window and other features make this house interesting building architecturally. The interesting rendered circular piers to the yard and to the garden entrance, as well as the stone outbuildings and the ha-ha add to the interest that this house holds.

However, while the land is being farmed, the house lies vacant today and is boarded up. It is Bernal’s birthday tomorrow [10 May]. It would be sad if this house, with its architectural features, its curious family stories, and its connections with one of the great international scientists of the 20th century was allowed to go into further decline. 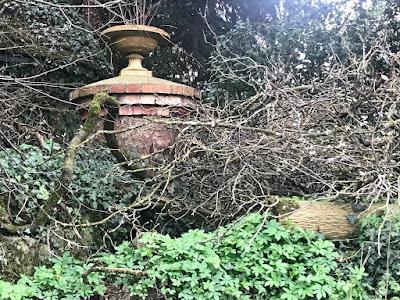 Brookwatson has interesting architectural features, curious family stories and is connected with one of the great international scientists of the 20th century (Photograph: Patrick Comerford, 2019)

Thank you for the information on Brookewatson House. I am descended from the Watsons of Garrykennedy, many of whom immigrated to the US between 1819 and 1839. Another branch of the family, the Breretons, moved to Tasmania after the sale of the estate. Both sides of the family are still flourishing. Although our family is originally from England, the two centuries residence in Ireland was enough to convert my branch to Catholicism. Thank you for adding one more piece to the family puzzle. Ann Watson Cohn

A couple of our pet dogs are buried inside the wall nearest the road.. My Dad knew Kevin pretty well to chat to, (John's brother) and asked Kevin if he could walk our dogs on his land (not to hunt, just walk!) .. Kevin said he could of course.. He also allowed Dad to bury our pets there over the years. God rest his soul..

It would be like living a fantasy to own such a uniquely beautiful property. I hope someone gets to restore it to what it deserves to be once again.