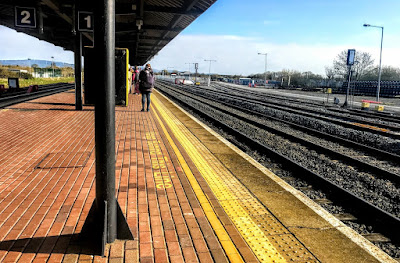 I feel your pain. Take heart though. Major improvements are happening. New platform(s) lift, electric kettle, jar of Nescafé. You’ll be ok. Next time, phone me and I’ll rescue you.