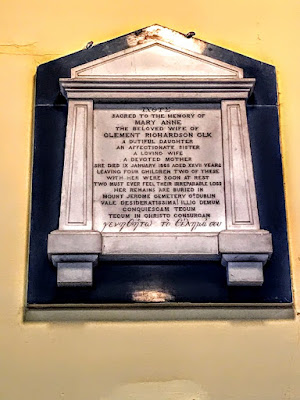 On the north wall of Holy Trinity Church, Rathkeale, Co Limerick, there is a tri-lingual monument to a young mother of two who died at the age of 27. 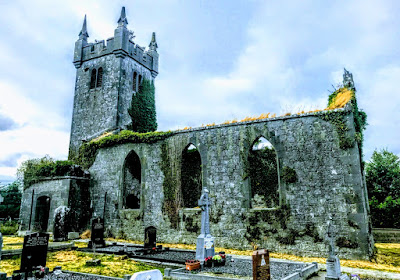 Dear Patrick,
Thanks for your invaluable research. My name is Michael Stagg, & I'm related to the Maunsells through my paternal grandmother. I'm interested in any & all Maunsells. The info below adds a little to what you've already provided.
regards, Michael Stagg, Morelia, Mexico. email: mstaggo@mac.com