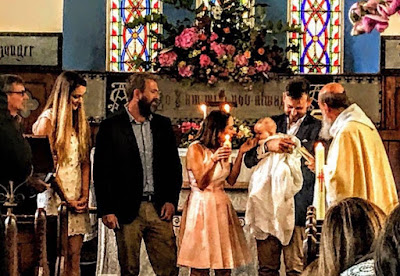 The fifth Sunday of the month in September provides an opportunity to celebrate the end of Summer in the Rectory in Askeaton after a united group Eucharist in Saint Mary’s Church, Askeaton. Summer this year was filled with the celebration of baptisms and the fun of barbecues. Autumn sees the return to school and plans for the Harvest. 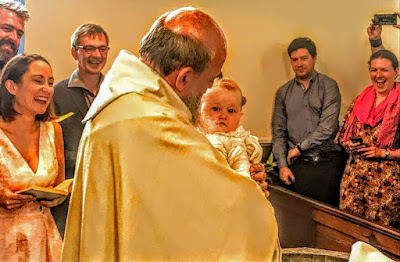 The parish summer barbecue took place in the Rectory Gardens after the United Group Eucharist on Sunday 30 June. 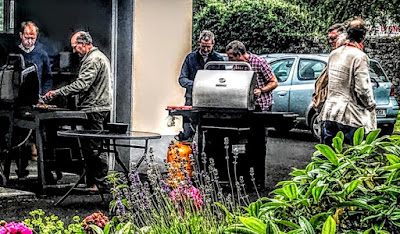 Enjoying the parish barbecue in the Rectory in Askeaton

It was good to see Edward Buckingham back in the pulpit as reader emeritus in this group of parishes when he led Morning Prayer and preached in Saint Brendan’s Church, Kilnaughtin (Tarbert) on Sunday 5 August.

As President of Irish CND, Canon Patrick Comerford was one of the speakers at the annual Hiroshima Day commemorations in Merrion Square, Dublin, on 6 August. Later in the month, he spoke in Tarbert on 15 August at the annual service commemorating 17 people, including some parishioners, who drowned in a tragedy on the Shannon Estuary in 1893. 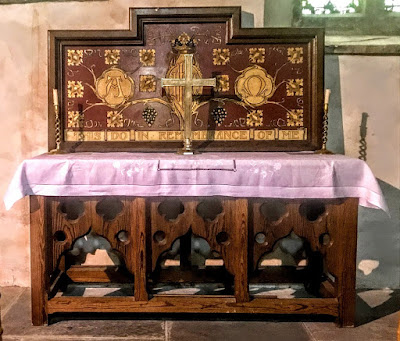 An altar from Saint Brendan’s Church, Tarbert, is on loan to Saint Mark’s Chapel in Saint Mary’s Cathedral, Limerick

The Dean of Limerick, the Very Revd Niall Sloane, has written to thank Kilnaughtin Parish for lending Saint Mary’s Cathedral an altar that had been stored in Saint Brendan’s Church. This altar now provides a focus point in Saint Mark’s Chapel, a place for quiet and reflection in the cathedral, and there are plans to invite parishioners to a re-hallowing or blessing service in the weeks to come.

Harriet Monsell: Patrick Comerford is speaking in Ardagh on 13 September on Mother Harriet Monsell (1811-1883), who is commemorated in the calendar of the Church of England. She was a sister of William Smith O’Brien (1803-1864) of Cahermoyle House.

Heritage Walk: Saint Kieran’s Heritage Association is organising a walk and talk on Sunday 22 September. The walk starts at Ardagh Community Centre, at 2 pm, strolls on to Cahermoyle, and then to Rathronan Graveyard for an ecumenical blessing of the graves and wreath-laying, before moving on to Community Centre in Ardagh for a talk and ‘cuppa.’ All are welcome, and the walk can be joined at any stage. 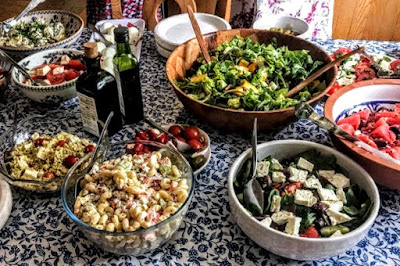 This is an edited version of the parish notes for the Rathkeale and Kilnaughtin Group of Parishes in the September 2019 edition of ‘Newslink,’ the magazine of the Church of Ireland United Diocese of Limerick, Killaloe and Ardfert.