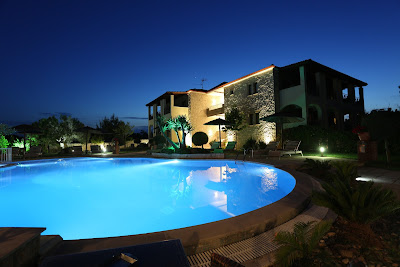 I should be in Dublin Airport right now, waiting for Flight FR 1390, leaving Dublin at 7:45 this morning and arriving Thessaloniki 13:40 Greek time this afternoon [24 September 2020].

I was planning to spend these two weeks in Greece, staying at the Country Inn Hotel in Kalithea. Instead, this is one of the very few years since the mid-1980s that I have not visited Greece at least once a year, if not more. Earlier in the year, I had planned to be in Crete for Greek Easter, but now both of those plans have been cancelled because of the Covid-19 pandemic.

I have been in Thessaloniki many times, and was looking forward to not only enjoying walks through the city, along the seafront and up into Monastery of Vlatadon above the city in the Ano Poli. I had also thought of a visit to Mount Athos, as well as Philippi, Mount Olympus, the royal tombs at Vergina, and sites associated with Alexander the Great.

I was booked into the Country Inn Hotel in Kalithea, 85 km from Thessaloniki, for these two weeks. It stands above Toronaios Bay, overlooking Sithonia.

It looked like a promising base for this holiday in Halkidiki. It boasts of the beauty of the landscape and the sea views, as well as its hospitality and comfort.

The Country Inn hotel is built in a traditional style close to endless beaches with crystal clear waters, enchanting bays, rocky formations and mountains with coniferous trees. There were promises of long country walks, swimming in turquoise waters, and the view of the endless blue of Toroneos Bay.

Kallithea is on the east side of Kassandra peninsula and its name means ‘good view’ because it is built on a steep slope overlooking the sea. Archaeological sites in the immediate area include the sanctuary of Ammon Zeus, dating from the 4th century BC, and the sanctuary of Dionysus and the Nymphs.

Kassandra peninsula is the western-most of the three headlands of Halkidiki. In classical times it was known as Pallene and is said to have been known in ancient times as Phlegra.

The peninsula takes its name from Cassandra, said to have been a daughter of King Priam and Queen Hecuba of Troy; her older brother was Hector, hero of the Greco-Trojan war.

In Late Antiquity, the centre of the peninsula was the city of Cassandreia, at the site of ancient Potidaia. A city and a bishopric at Cassandreia was destroyed by the Huns in 539 or 540 AD.

Kassandra was one of the areas that rebelled against the Ottoman Turks in 1821. Because it managed to stop the Turkish army from fighting the rebels in southern Greece, it was burnt from edge to edge. The refugees moved to the islands of Skiathos, Skopelos, Alonissos and Evoia. Noone lived in the peninsula for more than 30 years. But people started to returned once again, and in 1912 it became a part of Greece.

Tourism began to develop in the decades after World War II and the Greek Civil War, and developed rapidly, in 1980s, becoming the primary part of the economy of the peninsula.

A major forest fire on 22 August 2006 that affected the central and the southern parts of the peninsula. There was a heatwave that day, when temperatures soared to almost 40 C. Several houses were destroyed including villas and hotels, and one campground disappeared, along with many areas of natural beauty.

The forest fire lasted for almost five days and devastated the economy and the peninsula. But the forests began to recover in recent years and oday, the beaches of Halkidiki are among the most beautiful in Greece – 46 have Blue Flags, including the beaches of Afytos and Kallithea.

I was planning to return to Ireland on a flight from Thessaloniki to Dublin at the end of next week, on Friday 4 September. Instead, I am going to spend much of this week and next week on a road trip through many parts of Munster and south Leinster, including some of my favourite places in Ireland and places that have played key roles in my life story.

But more of that later today as I set out on the first stage of this road trip. 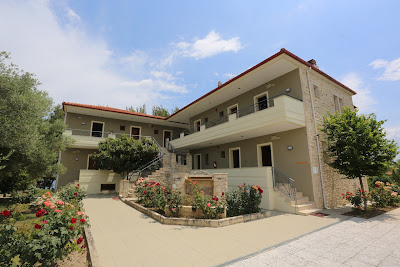