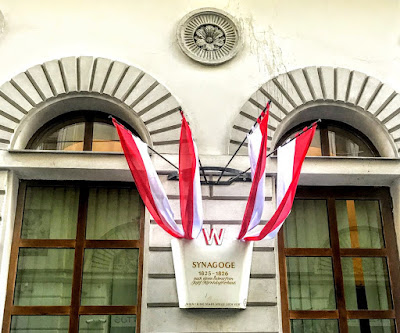 The attack on the Stadttempel or City Synagogue on Seitenstettengasse in Vienna attacked last night … the only synagogue in the Austrian capital to have survived World War II (Photograph: Patrick Comerford)

The attack on the Stadttempel or City Synagogue on Seitenstettengasse in Vienna last night (2 November 2020) was yet another chilling reminder of the rise of antisemitism, racism and violence across Europe.

I was in Vienna this time last year (November 2019), and for a second time visited the Stadttempel in the Innere Stadt 1 district. This is the main synagogue in Vienna, and is the only synagogue in the Austrian capital to have survived World War II, when the Nazis destroyed all 93 other synagogues and Jewish prayer-houses in Vienna.

Because of its unusual architectural design and its location, this synagogue uniquely survived destruction 82 years ago, on Kristallnacht, 9-10 November 1938.

Despite two major expulsions in the Middle Ages, Jews continued to settle in the city, and in 1624 were granted a new neighbourhood in Vienna. The Unter Werd was located along Taborstrasse in present-day Leopoldstadt, on the other side of the Danube. 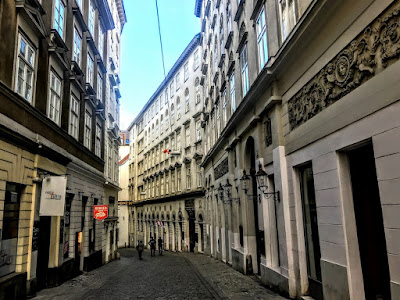 The main building of the Jewish community in Vienna, housing the Stadttempel or City Synagogue … the synagogue was designed by Josef Kornhäusl and built in 1824-1826 (Photograph: Patrick Comerford) 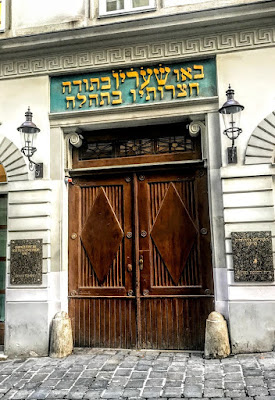 The Hebrew inscription from Psalm 100 at the entrance to the Stadttempel on Seitenstettengasse (Photograph: Patrick Comerford) 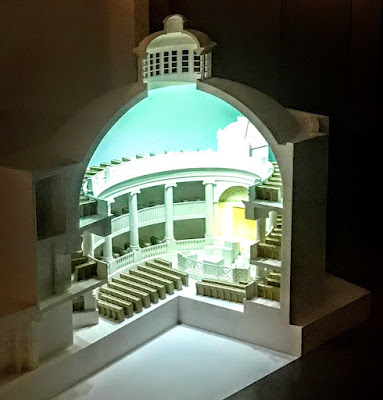 The design and construction that saved the Stadttempel that saved it on Kriistallnacht is explained in an exhibition in the Jewish Museum in the Palais Eskeles on Dorotheergasse (Photograph: Patrick Comerford) 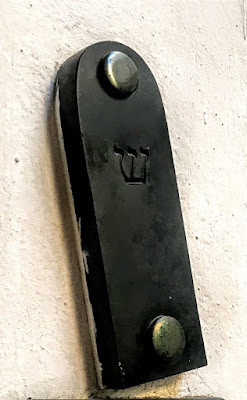 A mezuzah at a door in the Stadttempel (Photograph: Patrick Comerford)

Since the 1980s and 1990s, the Jewish community has once again concentrated its activities in the two historical neighbourhoods. The Jewish community in Vienna has 7,000 members and is slowly growing, but the number of Jews living in the city is far higher, with estimates ranging from 10,000 to 12,000 and even up to 15,000. 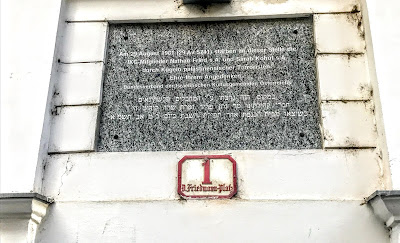 A plaque recalls the attack on the synagogue in 1981 (Photograph: Patrick Comerford)