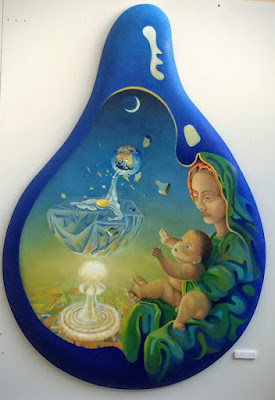 ‘But Mary treasured all these words and pondered them in her heart’ (Luke 1: 19) … ‘Divine Teardrop’ by Peter Cassidy … part of his exhibition at the Wexford Festival in 2016 (Photograph: Patrick Comerford)

The First Sunday of Christmas (Christmas I) 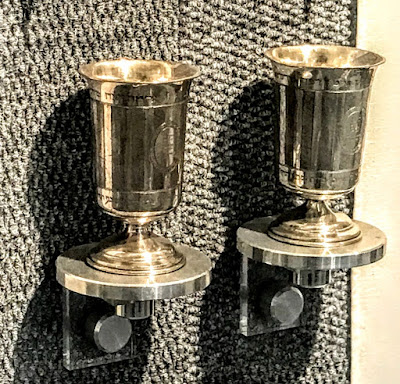 A prayer over a cup of wine announces the baby’s Hebrew name At circumcision, and the parents drink some of the wine … cups used for this ceremony on display in the Museum of Jewish Culture in Bratislava (Photograph: Patrick Comerford, 2019)

The English singer Des O’Connor, who died last month (14 November 2020), was born in Stepney to an Irish father and a Jewish mother, and joked that he was the first O’Connor to celebrate his bar mitzvah.

A boy’s bar mitzvah celebrates his adult undertaking of the responsibilities he has as a ‘child of the covenant.’

The concept of covenant is one of the most important concepts when it comes to understanding the Bible.

At the heart of the difference between a covenant and a contract are the concepts of love and relationship. A contract is between two or more parties who retain their separate identities; a covenant aspires in literally a flesh-and-blood way to the very revolutionary concept that the two parties become one.

In the Bible, a covenant establishes the basis of a relationship, conditions for that relationship, promises in the relationship and the consequences if these are violated.

One of the most familiar examples of a covenant for us is marriage. A good marriage is less about contract and all about love and relationship. In this way, the Prophet Isaiah, in our first reading, compares the Biblical covenant with a wedding, and the fruit of this wedding between God and the People is a family with a new name, and the children of this family become a light to ‘all the nations’ (see Isaiah 61: 11).

The Biblical covenants provide the framework for holding together the whole biblical story, and they provide the keys to understanding the Bible. As this story unfolds, we see God makes covenants, keeps covenants and fulfils covenants. These are the ways God unfolds his redemptive plan.

Our Gospel reading (Luke 2: 15-21) tells of the Naming and Circumcision of Jesus. In one short, closing verse it tells of three events:

1, the naming of the Christ Child;

2, the sign of the covenant between God and Abraham ‘and his children for ever,’ thus Christ’s keeping of the Law;

3, the first shedding of Christ’s blood.

The most significant of these events in the Gospels is the name itself. The name Jesus means ‘Yahweh saves’ and so is linked to the question asked by Moses of God: ‘What is your name?’ ‘I am who I am,’ was the reply, and so the significance of the ‘I AM’ sayings in the Fourth Gospel.

Saint Luke recalls the Circumcision and Naming of Christ in a short, terse summary account in one, single verse (Luke 2: 21).

But he does not say where the Christ Child was circumcised, but artists often located it in the Temple, linking the Circumcision and the Presentation, so that Christ’s suffering begins and ends in Jerusalem.

Jesus is circumcised so he begins life living and fulfilling the Covenant. But it also shows clearly that he is fully human as well as fully God – God does not appear to take on our human appearance, but is actually born a human. God has made a covenant with humans; now in our human form, with all its frailty and all its weakness, God takes on our part of the Covenant too.

A covenant is a sign of God’s grace. God does not make a covenant with us because we deserve it, but because God loves us first.

In Jewish tradition, a boy child is given a Hebrew name when he is circumcised. When the Christ Child is circumcised, he is formally given the name Jesus (‘God saves’), the name given to him through the message of the angel. Naming the child signifies not only a new start in the Covenant story, but that this too is a story that tells us that God saves.

The Gospel account of the naming and circumcision of Jesus is not only a reminder of the incarnation, but is very specific in its detail: Jesus is born a Jew, and on the eighth day receives an ineradicable mark of this identity, which is both religious and ethnic. The prayers at circumcision include a prayer that the child may grow to instruct ‘his children and posterity to keep the way of the Lord by doing what is just and right’ (see Genesis 18: 19).

We are coming to the end of a year that marked the 75th anniversary of the end of World War II and the end of the Holocaust. Yet, throughout this year, there have been disturbing reports of the rise in anti-Semitism, across Europe and in the US.

According to a survey by the non-partisan American Jewish Committee this year, 88 per cent of American Jews believe anti-Semitism is a problem in the US, and 82 per cent think it has increased over the past five years.

Vlad Khaykin of the Anti-Defamation League points to QAnon and the ‘normalisation’ in political debates of terms like ‘globalist’ and the use of Jewish philanthropists like George Soros as scapegoats, and how this ‘makes for a dangerous resurgence of political anti-Semitism.’

The AJC survey shows that 75 per cent of Jews in the US feel that the extreme right represents a very or moderately serious threat.

More anti-Semitic incidents were recorded last year than ever before in the US. American Jews feel they are increasingly being targeted online because they are Jews.

The rift in the Labour Party in Britain is just one dimension to the many reports of the rise in anti-Semitism there. In the first six-month period of 2020, online anti-Semitic incidents rose 4% in the UK, when the pandemic and lockdown measures fostered an ‘explosion of anti-Semitic discourses.’

Similar reports are heard across Europe.

Today’s Gospel reading reminds us that Jesus is born a Jew, but offers an opportunity at the end of this year’s 75th anniversary to remind us never to forget the horrors of the Holocaust and the obligation to take a firm stance against anti-Semitism, racism and religious prejudice, so that future generations may grow to instruct their ‘children and posterity to keep the way of the Lord by doing what is just and right’ (see Genesis 18: 19). 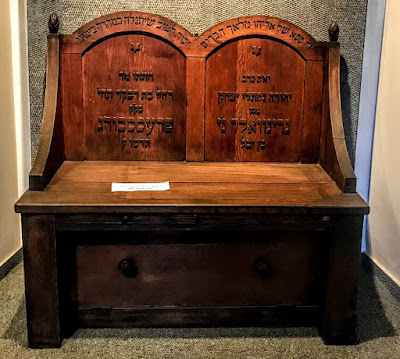 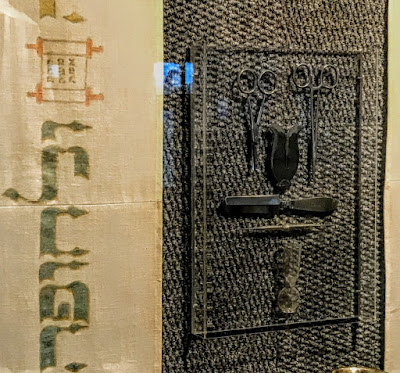 The instruments of circumcision, used at the circumcision of a Jewish boy when he is eight days old … exhibits in the Museum of Jewish Culture, Bratislava (Photograph: Patrick Comerford, 2019) 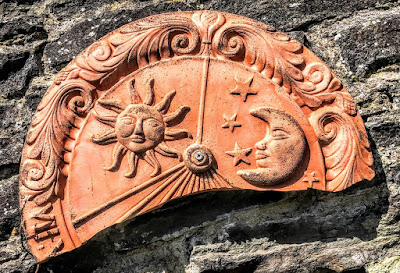 ‘Praise him, sun and moon; praise him, all you shing stars’ (Psalm 148: 3) … in the Vandeleur Walled Gardens in Kilrush, Co Clare (Photograph: Patrick Comerford, 2020)

In line with Government and Diocesan guidelines, all churches in the Diocese of Limerick and Killaloe are closed this morning due to the Covid-19 pandemic. This sermon was part of a celebration of the Eucharist in the Rectory, Askeaton, Co Limerick.