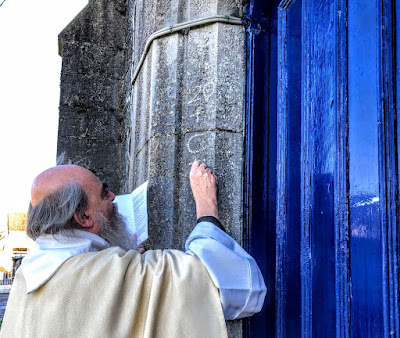 The Community Crib remained in the open space in front Saint Mary’s Church, Askeaton, and the three wise men arrived on time on the Feast of the Epiphany on 6 January, which was also marked with the traditional blessing and chalking of the church door and rectory doors.

The present Covid-19 pandemic restrictions make it difficult to know when Church services with congregations are going to resume. Should restrictions ease, these are the times of planned services.

1, Saint Brigid; 2, the Presentation of Christ in the Temple

Alan Fitzell of Glencullare, who died on Christmas Eve, was buried at Saint Brendan’s Church, Tarbert, on 27 December. Alan was born in Tarbert in 1941, and worked for many years with the ESB at the Great Island, Marina and Tarbert Power Station at commissioning and as a shift supervisor until he took early retirement in 1994.

Alan built 20 to 30 currachs in his 20s and 30s, built his first cruiser in the early 1970s – a 21 ft clinker – and built a 30 ft motor cruiser (Pegasus) that was his greatest pride. He also organised countless regattas. In Church life, he was a churchwarden for countless years, a member of the Select Vestry, the Diocesan Synod, and a board member of Saint John’s, Listowel (2000-2018).

Alan is survived by his wife Margaret, their sons Nigel and Brian, daughters-in-law Rachel and June, grandchildren Lucy, Mollie, Daniel, Gemma and Edie, and their extended family.

Congratulations to Jackie Gardiner on achieving ‘Highly Commended’ in the ‘All-Ireland Mothers’ Union Christmas Card Competition, ‘A Christmas Card for a Child.’

During the lockdown, when church buildings are closed, the Parish Eucharist continues to be celebrated, and the Sunday sermon and the intercessions go online through the Parish Facebook page and through Patrick’s blog (www.patrickcomerford.com). The sermons are also made available on YouTube. 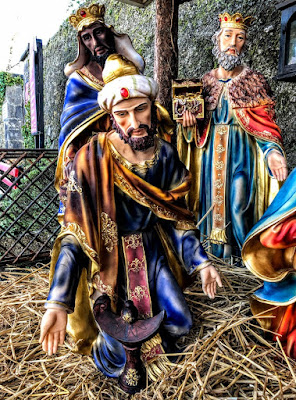 The three wise men arrived at community crib in Askeaton in time for the Epiphany (Photograph: Patrick Comerford)

This is an edited version of the Rathkeale and Kilnaughtin Group parish notes in the February 2021 edition of ‘Newslink,’ the Limerick and Killaloe diocesan magazine.