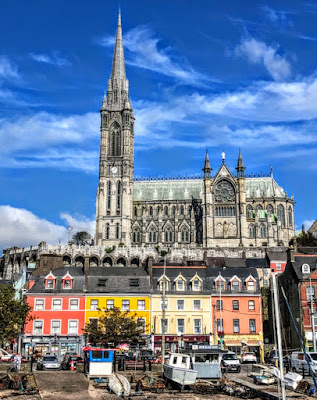 Saint Colman’s Cathedral, the Gothic gem by Pugin and Ashlin, is the crowning glory of colourful Cobh and its harbour (Photograph: Patrick Comerford)

I had planned to be in High Leigh these days for the annual conference of the Anglican mission agency USPG (United Society Partners in the Gospel). But the pandemic means the conference has become a virtual event that began on Monday and that continues until later today.

This week’s theme of island churches continues this morning (21 July 2021) with photographs from Saint Colman’s Cathedral on Cobh, Co Cork. 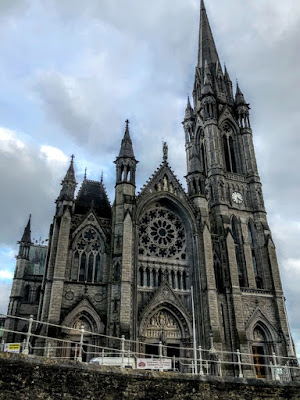 It could be said that Saint Colman’s cathedral crowns the harbour town of Cobh, standing on high precipice looking out across Cork Harbour. 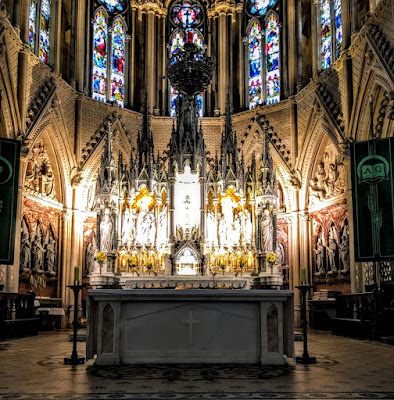 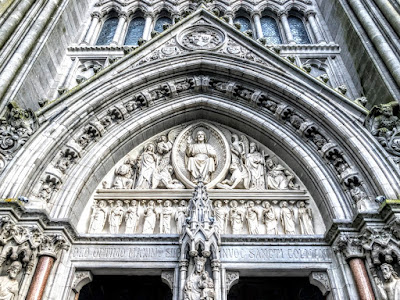 Bishop Keane had the architects change the whole character of the work at an early stage (Photograph: Patrick Comerford)

1 That same day Jesus went out of the house and sat beside the lake. 2 Such great crowds gathered around him that he got into a boat and sat there, while the whole crowd stood on the beach. 3 And he told them many things in parables, saying: ‘Listen! A sower went out to sow. 4 And as he sowed, some seeds fell on the path, and the birds came and ate them up. 5 Other seeds fell on rocky ground, where they did not have much soil, and they sprang up quickly, since they had no depth of soil. 6 But when the sun rose, they were scorched; and since they had no root, they withered away. 7 Other seeds fell among thorns, and the thorns grew up and choked them. 8 Other seeds fell on good soil and brought forth grain, some a hundredfold, some sixty, some thirty. 9 Let anyone with ears listen!’ 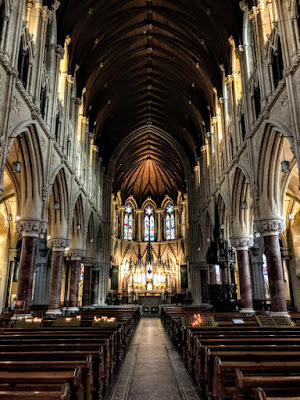 We pray for open minds and sensitive ears, so that we may better listen to voices from the margins. May we work better to bring about justice for the oppressed. 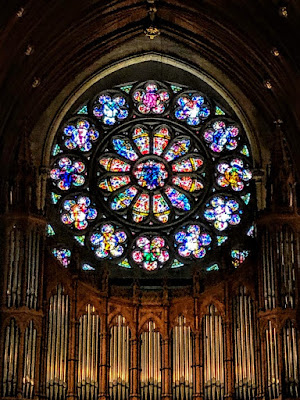 The rose window and the organ in Cobh Cathedral (Photograph: Patrick Comerford) 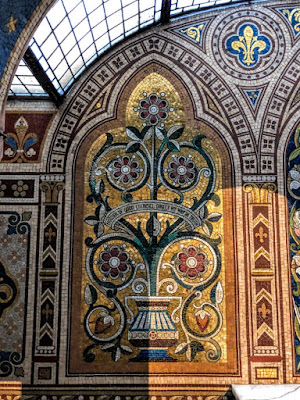 An example of the interior decoration in the cathedral (Photograph: Patrick Comerford)