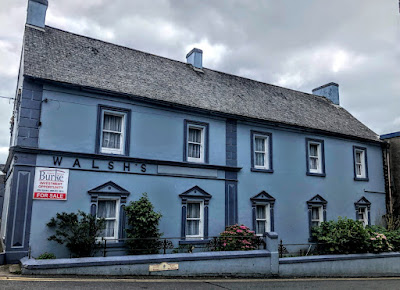 Walsh’s Hotel, Cappoquin, on the corner of Green Street and Barrack Street stands at the site of the former RIC barracks (Photograph: Patrick Comerford)

On the return journey from this week’s brief stay in Youghal, Co Cork, it was impossible not to take a diversion and to visit Cappoquin as this year’s summer ‘road trip’ continued.

My childhood memories of Cappoquin are still so sharp in my mind, that each time I return it seems I notice even the smallest changes to the shopfronts and houses, in colour, texture use and ownership.

Many of the façades of shops and houses on Main Street were being repainted and redecorated on this bright summer afternoon, offering the hope of bringing fresh life to this end of the town.

Jane Jermyn, the ceramic artist based at the Market House Craftworks studio and gallery in Cappoquin, stopped on Main Street to tell me of heartening plans to redesign the Square with a new layout.

Walsh’s Hotel stands on the corner opposite the gates to Cappoquin House (Photograph: Patrick Comerford)

I was interested to see this week that after many years of remaining closed, Walsh’s Hotel is now for sale as an ‘investment opportunity.’ The former hotel faces Green Street, on the corner opposite the gates to Cappoquin House, at the point where Main Street narrows and becomes Barrack Street.

The hotel stands on the corner of Barrack Street and Green Street, which takes its name from the village green. Here too was the Keane iron foundry. The east part of Cappoquin is the newest part of the town. Yet, it is recorded in the early 18th century that the town’s military barracks was based here in Barrack Street, also known today as Allen Street.

Cappoquin stood on a main road to Clonmel and at a strategic crossing of the River Blackwater, and the first Comerford presence in Cappoquin dates from 1588, when Philip Comerford of Callan was involved, perhaps on Lord Ormond’s behalf, in an agreement with Garret FitzJames FitzGerald of Dromana, Co Waterford, involving lands in Athemean (Affane), Keapecoin (Cappoquin), Keappaghe (Cappagh) and Ballymacmarg, that had been the subject of a chancery suit in England. 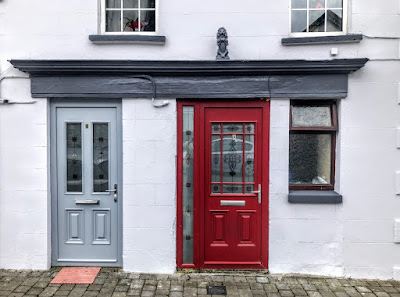 it seems I notice even the smallest changes to the shopfronts and houses, in colour, texture use and ownership in Cappoquin (Photograph: Patrick Comerford)

This strategic location made Cappoquin an important military centre from an early time.For example, it was recorded in 1704, that the only cavalry troop in West Waterford was stationed in Cappoquin.

Walsh’s Hotel was originally the army barracks and then the Royal Irish Constabulary barracks in Cappoquin. An extensive walled area at the rear of the barracks included stables, and in the mid-19th century the barracks housed a troop of horse or more.

During the Famine in the 1840s, a soup kitchen was run in the yard are and a fever hospital at the south side of the barracks, although no remains survive from either building. 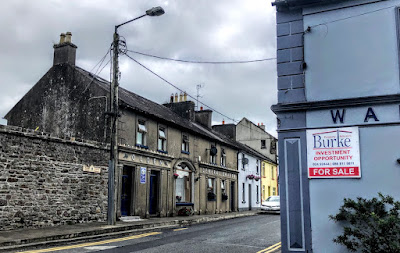 The barracks was the focal point of an attack by the Young Ireland movement on 16 September 1849. That attack in Cappoquin was the last action of the movement in Ireland.

Hugh Collender, one of the Young Irelanders who attacked the barracks in Cappoquin in 1849, later fled to the US. He founded the HW Collender Company in New York, one of the biggest billiard table making companies in the world.

Collender’s business later merged with Brunswick, Balke and Collender, which survives to this day as the Brunswick Corporation, a business that includes many major boating brands. 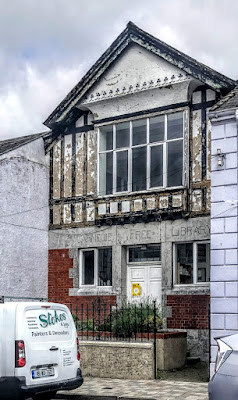 John Walsh and his son Willie opened their hotel in the late 19th century, and the Walsh family ran a very successful hotel business. But because of the proximity of the hotel to the RIC barracks, it was at the centre of a number of sad events 100 years ago, during the War of Independence.

During the War of Independence, a Black and Tan member based in the RIC barracks in Cappoquin was targeted by the IRA for ‘ill-treating Sinn Fein supporters.’ However, IRA members in Cappoquin were reluctant to kill him, and three IRA members from Dungarvan – Sean Riordan, Ned Kirby, and Mick Mansfield – were driven to Cappoquin by ‘Nipper’ McCarthy on 21 November 1920.

It was coursing day in Cappoquin. While they were driving through the town, they were noticed by two RIC men in the street, and the two groups exchanged fire with revolvers. Constable Isaac James Rea was shot and wounded. He was taken to the Military Hospital in Cork, but he died on 28 December 1920.

Constable Rea was buried in his home in Durrus, Bantry, Co Cork. His mother had died a few days before him. He had 10 months police service, having been a farmer prior to joining the RIC, and was not a member of the Black and Tans.

Three other IRA members, George Lennon, Pat Keating and Mick Mansfield, returned to Cappoquin on 27 November in a car driven once again by ‘Nipper’ McCarthy. This time, they left the car outside the town, decided to wait a while, and went into Walsh’s Hotel for tea.

As they rose to leave the hotel, the doorway and their exit to the street was blocked by a Constable Maurice Quirke, who was leaving his lodgings. Realising they were trapped, the IRA men drew their revolvers and shot at the constable. On the street, they ran into a party of Black and Tans, opened fire on them, and then escaped in their car.

Constable Quirk, who was 34, died 45 hours later on 29 November. He was not a member of the Black and Tans. His widow, Hannah Quirk, was left with a four-year-old and two infants.

A third RIC officer, Joseph Duddy from Armagh who was stationed at Cappoquin, was killed in Scartacrook on 3 March 1921. Yet another attack was planned after the Truce on 11 July 1921 but was abandoned. 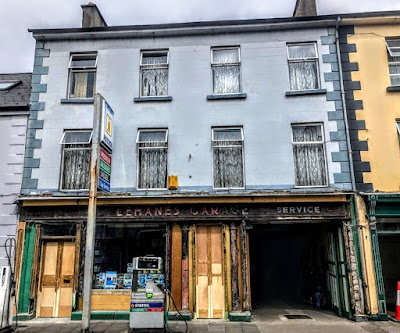 The hotel business in Cappoquin recovered after the War of Independence and the Civil War. When the popularity of Mount Melleray as a focus for pilgrimage was at its height, Walsh’s Hotel was available to collect and transport visitors, pilgrims and goods. Part of the yard later became a livery, hardware and funeral undertakers’ business.

Meanwhile, I am still searching or more information about Constable George Comerford of the RIC (58269), who was stationed in Cappoquin in 1919-1922. He was a son of James Comerford, of Glenbane, Co Tipperary, and in 1908 he married Mary Ann O’Keeffee of Laffan’s Bridge in Killenaule, Co Tipperary. 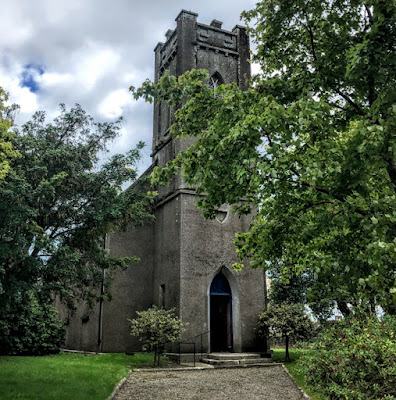