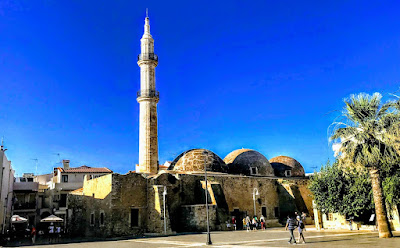 When the former Santa Maria Church became the Nerantze Mosque or Gazi Hussein Mosque, the domes and minaret were added (Photograph: Patrick Comerford)

My photographs this morning (9 October 2021) are from the Church of Santa Maria in the old town of Rethymnon, which became the Nerantze Mosque during the years of Ottoman rule. 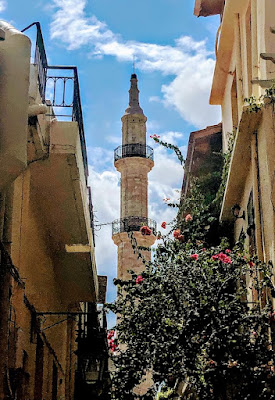 The former Santa Maria Church and Nerantze Mosque glimpsed through the streets of the old town of Rethymnon (Photograph: Patrick Comerford, 2021)

The Nerantze Mosque or Gazi Hussein Mosque is on the corner of Ethnikis Antistaseos and Vernardou streets, and faces onto what was once the grand Venetian piazza of the old city.

In Venetian times, this was the Church of Santa Maria. It was built in the style of Saint Mark’s in Venice and faced a large open piazza that included a clock tower, fountains and public buildings.

Santa Maria was originally built in the Venetian period as the church of an Augustinian Priory. But only the east and north side of the original building survive.

The east side has round windows, while the elaborate entrance on the north side, which provides a glimpse of the original splendour of the church, has two tall narrow windows, similar to those in the nearby Saint Francis Church, and a monumental doorway whose design may have been inspired by Roman triumphal arches. The wide entrance is flanked by a pair of columns with Corinthian capitals.

Inside the church, the floor plan is square. During the Turkish era, the original peaked and tiled Venetian roof was replaced by three small domes.

When the town fell to the Turks in 1657, the church was converted into a mosque by Gazi Huseyin Pasha, and three domes were added to the building although it retained its original elaborate entrance. This became the largest mosque in Rethymnon, and in 1890, shortly before Crete became an autonomous state, work began on building the tallest minaret in the town.

After the Turks left Crete, the mosque was reconsecrated as a church in 1925 with a dedication to Saint Nicholas. However, it was seldom if ever used as a church, and for many years housed a Music School.

Now known as the Municipal Odeon, it is a venue for lectures, concerts and theatre performances, and is sometimes open to the public. The minaret has been restored in recent years..

To the west of the church is the shell of the Corpus Christi Chapel, with a Renaissance doorway. This small church, was built at the expense of the sisters Anna and Maria Muazzo, from a well-known Venetian family in Rethymnon whose name survives in the name of a boutique hotel nearby.

When the town fell to the Turks in 1657, the Chapel of Corpus Christi was turned into a library and was also used as a madrassa or Islamic religious school.

Behind the former church, the Nerantze mosque faces onto Mikrasiaton Square (Πλατεία Μικρασιατών), which has been transformed into the biggest square in the heart of the Old Town. Its name recalls the refugees from Asia Minor, who were known as Μικρασιάτες or Mikrasiates, people from Minor Asia. The former Turkish primary school on the square was founded in 1796 and still operates as a primary school today. 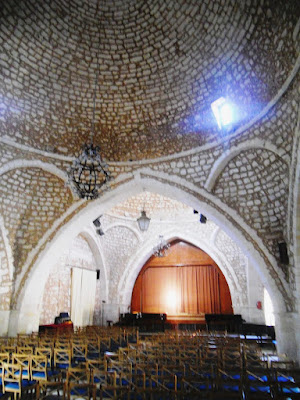 Inside the former church or mosque (Photograph: Patrick Comerford) 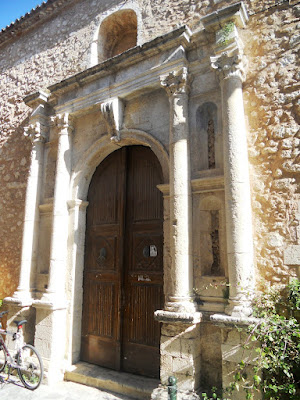 The Prayer in the USPG Prayer Diary today (9 October 2021) invites us to pray:

Let us pray for peace in the Philippines. May communities across the country live alongside each other harmoniously and combat all forms of persecution. 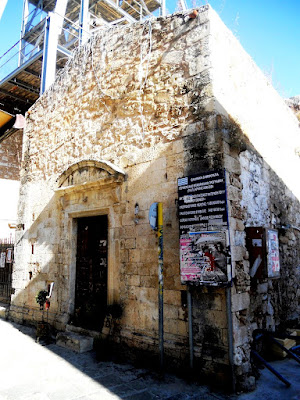 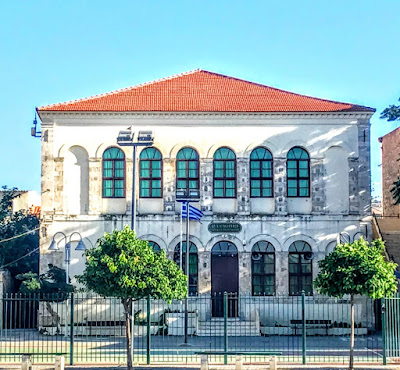