Reflecting on 12 years with USPG,
the oldest Anglican mission agency 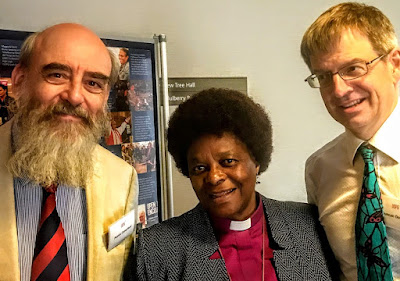 My time as a trustee of the Anglican mission agency USPG (United Society Partners in the Gospel) has come to an end after six years.

I have served two three-year terms as a trustee of USPG. Before that, I spent six years as a member of the council of USPG, which is one of the oldest mission agencies in the Anglican Communion.

During those 12 years, my commitments to USPG included engaging with the Anglican churches in Korea, Egypt and Pakistan. However, Covid-19 restrictions put an end to plans to an extensive visit on behalf of USPG to the Anglican Church in Myanmar, which was celebrating its 50th anniversary last year.

I have spoken at USPG conferences, led conference workshops, chaired conference sessions and presided at the conference Eucharist, and taken part in USPG events throughout Ireland and England.

The Diocese of Limerick and Killaloe has a long link with the USPG, and those links were expressed in recent years in the close links with the Diocese of Swaziland in Eswatini and Bishop Elinah Wamukoya, who died earlier this year (21 January 2021) due to complications caused by Covid-19.

During this year’s diocesan synod, Bishop Kenneth Kearon pointed out that the links between this diocese and USPG were in place when he came to the diocese. He suggested those links had been developed by Bishop Michael Mayes, a former USPG missionary, who was Bishop of Limerick and Killaloe (2000-2008).

However, the links between these dioceses and USPG and its predecessor SPG date back long before that.

He was the Dean of Christ Church Cathedral, Dublin (1918-1921), when he was elected Bishop of Limerick in 1921. His short history of SPG in Ireland, Children of Saint Columba, is an interesting account of Irish missionaries who worked with SPG, including many from these dioceses.

Some of my predecessors in the Rathkeale and Kilnaughtin Group of Parishes had strong family links with SPG and USPG. The Revd Willoughby William Townley Balfour (1801-1888), Vicar of Askeaton in 1833-1837, was the uncle of Francis Richard Townley Balfour (1846-1923), an SPG missionary in Southern Africa.

Balfour worked with miners on the diamond diggings in Kimberley, translated the Bible and the Book of Common Prayer into Sesotho, and was Archdeacon of Bloemfontein and of Basutoland (1908-1922). When he was consecrated an Assistant Bishop for the Diocese of Bloemfontein in 1911, he was effectively the first Anglican Bishop of Lesotho. 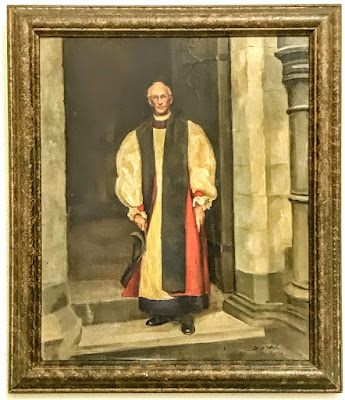 This feature was first published in the November 2021 edition of ‘Newslink’, the Limerick and Killaloe diocesan magazine (pp 5-6).