A few days in Valletta,
the smallest capital city
in the European Union 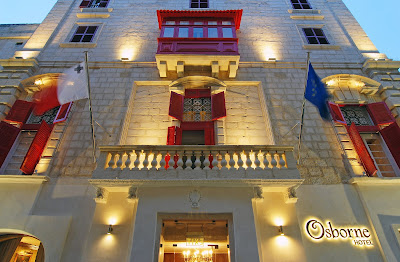 I am in Malta for a few days, having arrived in Valletta late last night on a Ryanair flight from Dublin. I am staying at the Hotel Osborne, set within Valletta’s ancient fortifications, and a five-minute walk from Saint John’s Cavalier and Saint John’s Co-Cathedral.

The Osborne Hotel, in the heart of Malta’s capital, is housed in one of the magnificent palaces built by the Knights of the Order of Saint John.

I am just a stone’s throw from the island’s major museums and art treasures and the city’s unique 16th century architecture, a three-minute walk from the nearest bus station and 7 km from Tarxien Temples.

The room has sea views, and the hotel has a restaurant, a bar, a gym, a rooftop pool, and a terrace with sea views. I am close to shops, entertainment, cafés and restaurants. So, this is an ideal base as I soak up Valletta’s cultural heritage on my first-ever visit to Malta.

The city is the island’s principal cultural centre and its unique collection of churches, palaces and museums attract visitors from around the world. The architecture of the streets and piazzas range from early 16th century Baroque to Modernism.

When the future British Prime Minister Benjamin Disraeli visited Valletta in 1830, he described it as ‘a city of palaces built by gentlemen for gentlemen,’ and remarked that ‘Valletta equals in its noble architecture, if it does not excel, any capital in Europe.’

In other letters, Disraeli said Valletta was ‘comparable to Venice and Cádiz.’

Today, Valletta is Malta’s major commercial centre and is visited daily by throngs of tourists eager to experience the city’s rich history.

The room has sea views, and the hotel has a restaurant, a bar, a gym, a rooftop pool, and a terrace with sea views. 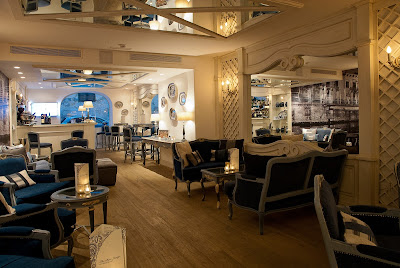 The Hotel Osborne is in the heart of Malta’s capital