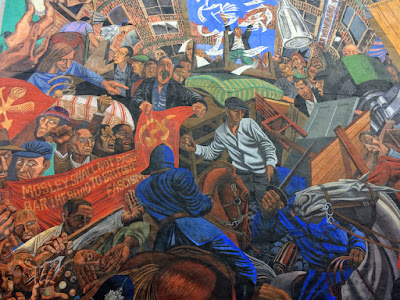 Last night’s EastEnders paid tribute to the actor June Brown, who died earlier this year, through the death of her character Dot Cotton. The episode brought together a cast that represented the diversity of people found in the East End. I was writing last week about Dr Vivi Lachs and her new book, London Yiddishtown, which she spoke about in Milton Keynes Synagogue. In this book, she looks at East End Jewish Life in Yiddish Sketch and Story, presenting a selection of previously untranslated short stories and sketches by three writers, Katie Brown, AM Kaizer, and IA Lisky.

The BBC soap opera EastEnders regularly deals with Jewish life in the East End, and has never been afraid to address the issues surrounding antisemitism. These issues were often addressed through the stories surrounding Dr Harold Legg, played by the actor Leonard Fenton, who also died earlier this year (29 January 2022), and other characters, including Felix Kawalski, portrayed by Harry Landis who also died recently (12 September 2022).

He came to represent the Jewish post-war community on screen, and Dr Legg became a vehicle to explore antisemitic abuse in the series. The back story says he spent most of his life in the East End, opening his practice in Walford in 1947. His Jewish family had moved out of the East End when Oswald Mosley began his fascist marches in the 1930s. They moved to Finchley, but young Harold continued to attend his grammar school in the East End to avoid disrupting his education.

During World War II, a German bomb exploded near No 5 Albert Square, killing his wife Judith. He never remarried, and later moved to Islington, although he continued to run his surgery in Albert Square.

Harold’s sister, Hester Samuels (Barbara Shelley), visits Walford in 1988, when she tells him that her son, David (Christopher Reich), is a doctor in Israel and interested in joining him in Britain. After a number of professional disagreements, David returns to Israel in September 1989.

Although Dr Legg remains Walford’s GP, he appears semi-regularly from then on, usually only when other characters need his medical advice. He officially retires and leaves after February 1997, when he is replaced by Dr Fred Fonseca (Jimi Mistry).

He makes several brief appearances later, and in December 2008 he telephones Dot Cotton to tell her that Janine Butcher (Charlie Brooks), now known as Judith Bernstein, is planning to marry David (Harry Towb), an elderly Jewish man who appear on 18 and 19 December 2008.

‘That’s not Judith Bernstein, that’s Janine Butcher,’ Pat Butcher screams out at the sham wedding. ‘I should know, she’s my stepdaughter … and she’s about as Jewish as a bacon sandwich!’

David dies of a heart attack moments after they marry.

While planning his funeral following a cancer diagnosis, Dr Legg discovers his parents’ grave has been desecrated, daubed with antisemitic graffiti. He then collapses when a Swastika was painted on his own front door. In his final moments, he tells Dot about how he met Judith at an anti-Fascist demonstration.

His Jewish funeral was a truly sympathetic and moving episode in EastEnders. 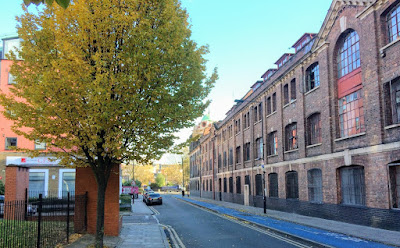 The story of Dr Legg was an attempt to tell the story of successive waves of Jewish immigrants who settled in the East End between 1881 and 1914. The second generation of East End-born Jews, represented in the character of Dr Legg, lived through the 1930s, when Oswald Mosley’s Fascists marched through the area and used violence to instil fear in the Jewish population. Many Jews moved out of the East End, just as the fictitious family of Dr Legg moved to Islington.

The actor Leonard Fenton (1926-2022) was born Leonard Finestein in Stepney, the son of Fanny (Goldberg) and Morris Feinstein, a women’s garment maker. During World War II, the family changed their name to Fenton.

He trained at the Webber Douglas Academy of Dramatic Art, and got his big when he was cast by Orson Welles as Bardolph in the Chimes at Midnight (1960). His other roles included playing the Austrian Jew Erich Gottlieb in Shine on Harvey Moon (1982).

Before the 2010 general election, Leonard Fenton came out in support of the Labour Party after taking part in an election broadcast.

Other Jewish characters in EastEnders include Benny Bloom, who first appeared on 25 August 1988 and who was portrayed by Arnold Yarrow. Benny is a Jewish bricklayer who lived with his wife Golda at 5 Albert Square during World War II, later retiring to Clacton where Golda died.

Benny first appears visiting his old friend Dr Legg. He begins spending time with Ethel Skinner, also an old friend, and their friendship blossoms into a romance. A very drunk Benny asks Ethel to move in with him. When Ethel tells Dot Cotton that she loves Benny, Dot tells Ethel to stay well clear of Benny.

When Benny proposes to Ethel, Dot tells Ethel she is stupid for considering marriage, saying she could never be happy with a Jew, as Jews are ‘different’. Ethel then accuses Dot of antisemitism and to spite Dot agrees to marry Benny, although the engagement is later called off. Later the residents of Albert Square hear that Benny has died and he has left Ethel £2,000 in his will.

June Brown, who died on 3 June this year, is best known for her role as Dot Cotton, whose death was announced on EastEnders last night (1 December 2022). When June Brown took part in the programme Who Do You Think You Are? in 2011, she discovered her Jewish lineage through her maternal line. Her ancestors were Sephardi Jews who were expelled from Spanish Algeria and also lived in the Netherlands and Italy.

Tracy-Ann Oberman, who played Chrissie Watts in 218 episodes in 2004-2005 as the landlady of the Queen Vic and second wife of Den Watts, has also played Valerie Lewis or Auntie Val in the Channel 4 sitcom Friday Night Dinner (2011-2020).

She was born into a Jewish family in Brent in 1966 and has been was a regular contributor to The Guardian and The Jewish Chronicle. She resigned from the Labour Party in 2016 because of the delay in concluding the disciplinary process of Ken Livingstone after he referred to Hitler ‘supporting Zionism’ during his early years in power.

The Guardian recently published an obituary of Harry Landis (1926-2022), who played the role of Felix Kawalski, a Polish Jewish survivor of the Holocaust who first appears on EastEnders on 9 November 1995.

Felix opens a barber shop in Walford. He is interested in brass band music and offers to tutor Sonia Jackson when she is learning to play the trumpet. But malicious rumours about him spread through the East End.

When the residents apologise to Felix, they learn how he is a Polish Jew who lived in Kraków during World War II. He escaped to England, where he was taken in by his uncle. But he believed the rest of his family had perished, and blamed himself for his sister’s death. He has spent his whole life trying to find his family and assumes they had all perished in the Nazi concentration camps.

Eventually, Felix tracks his sister down in Israel. He contacts her and decides to live there with her.

Felix later returns to Walford for a brief visit to ask Blossom Jackson to move to Israel with him. She accepts his offer and leaves Walford in 1997. When Blossom returns for her great grandson Billie’s funeral in October 2010, she reveals that Felix had died five years previously.

Harry Landis who played Felix was born Hyman Londinsky in Stepney, grew up in poverty in the East End and remembered the pitched battles with Oswald Moseley’s blackshirts and the Battle of Cable Street.

His stage career started at the age of 15, and later – like Tracy-Ann Oberman – he too appeared in the Channel 4 sitcom Friday Night Dinner as the octogenarian Lou Morris.

On this Friday night, Shabbat Shalom 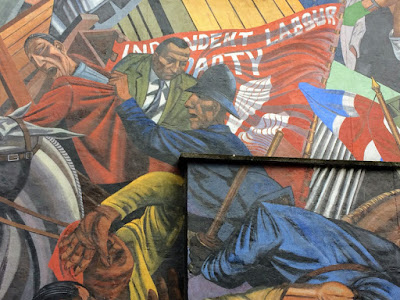