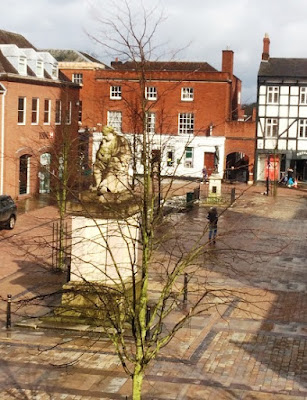 This morning [6 March 2016] is the Fourth Sunday in Lent, and is also Mothering Sunday.

When Sarah died in 1759 she was buried with her husband in Saint Michael’s Church, Lichfield. The inscription on their gravestone, composed by their son Samuel, describes her as “a descendant of the ancient Ford family. Industrious in her home, though known to few outside it; the enemy of none, she was distinguished by a keen intellect and a shrewd judgement. Always sparing others, but never herself, with her thoughts ever fixed on Eternity, she was graced by every description of virtue.”

I am, dear, dear Mother,
Your dutiful Son,
Sam. Johnson.