Bright flowers and blue waters in
Marlay Park before the thunderstorm 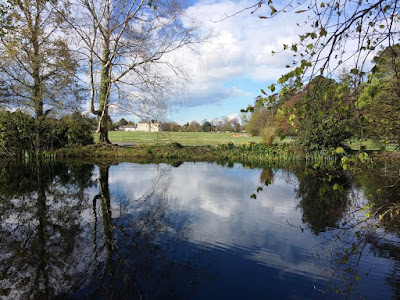 At the end of a long working week, that included a working day in London, two of us went for double espressos in the gardens of Marlay House, Rathfarnham, this afternoon [29 April 2016], and then for a walk in the grounds.

The Regency Walled Garden was closing but the park was still open and sky was still blue as we set out along the tree-lined avenues, with shafts of sunlight streaming through the trees.

The small lake at the heart of the park was reflecting the bright sunlight of the early afternoon, ducks and mallards were enjoying the Spring weather, and the Georgian house built by the La Touche family in the 18th century was mirrored on the surface of the water. 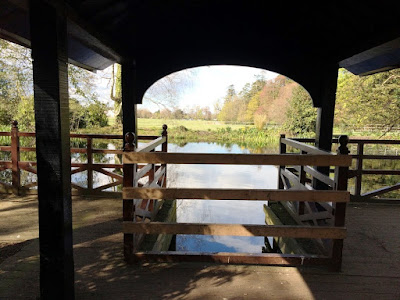 As we criss-crossed the small lake and the rivers in the park with their tiny waterfalls and stepping stones, we came across a pair of nesting swans, unperturbed by the attention they were drawing from stollers taking advantage of an early start to this bank holiday weekend.

By the time we were leaving Marlay Park, dark clouds that had been in distance were menacingly closer. Those clouds soon opened, heavy sleet and hail began to fall, and bright bursts of lighting were followed by loud claps of thunder.

“In like a lion, out like a lamb” is a well-known aphorism about the month of March. It seems however that April, described by TS Eliot in ‘The Waste Land’ as “the cruellest month,” is going out like both a lamb and a lion. 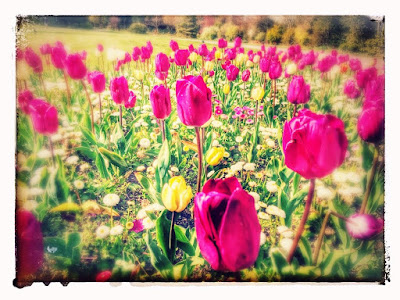 Posted by Patrick Comerford at 20:30