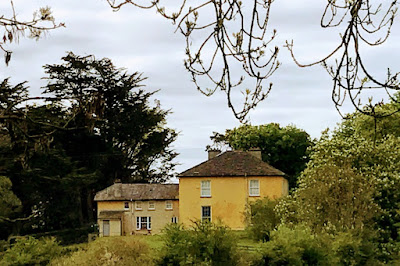 On Sunday morning, before Morning Prayer in Castletown Church, Co Limerick, I stood looking across the road at the former glebe house in Castletown, which would have been the residence of my predecessors as Rectors of Kilcornan.

In recent weeks, I have written about Castletown Church as one of the fine churches in Co Limerick designed by the great Regency architect, James Pain (1779-1877). The church was partly funded by the Board of First Fruits, which gave grants and loans for building new Church of Ireland churches and glebe houses and gave financial assistance to clergy in need.

The work of the board increased ushered in a period of intensive church building, and in the half century between 1779 and 1829, the Board of First Fruits built, rebuilt or enlarged 697 churches and 829 glebe houses.

Both the church and the glebe house in Castletown benefitted from the grants made available by the Board of First Fruits. However, the most significant benefactor of the church building project in Castletown was John Waller (1763-1836) of Castletown Manor and estate.

This John Waller was the son of John T Waller and Elizabeth Maunsell, and he later became an MP for Limerick. He married Isabella Oliver of Castle Oliver and was buried in the Waller vault in Castletown cemetery.

Castletown Church cost £1,500, of which John Waller donated £700, and he also gave the site for the church as an outright gift. Waller also undertook to pay off the balance of £800, which came as a loan from the Board of First Fruits. 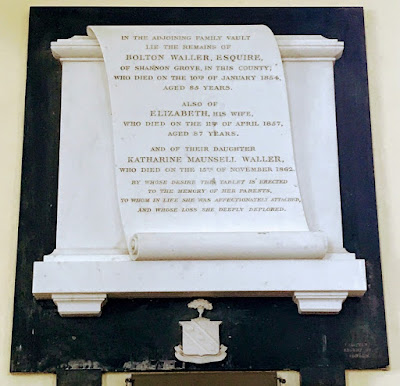 The former glebe house opposite Castletown Church, which was once the residence of the Rectors of Kilcornan, was built in 1810. I can find no information about the architect of this glebe house, which is the second house on this site, but wonder whether it was designed by James Pain, who was also the architect of both Castletown Church and the Regency-style former rectory in Askeaton, next door to the present modern rectory in Askeaton.

The first house, which was the residence of the Revd Roger Throp, was burned down in suspicious circumstances in 1735. Throp blamed Colonel John Waller for an arson attack and for shooting dead his valuable saddle horse. Throp described Waller as his ‘bitter and vindictive enemy.’

Following these incidents, Throp became depressed and ‘fell into a rapid decline.’ He died soon after in 1736, and Dean Jonathan Swift lampooned Waller in a ballad, ‘The Legion Club’:

Captain John Waller, who paid for the building of Castletown Church, may also have been the main driving force in building the glebe house in Castletown in 1810. Originally, 60 acres of land were attached to glebe house. By 1850, Griffith’s Valuation lists only 57 acres, and this area was gradually reduced over the years. 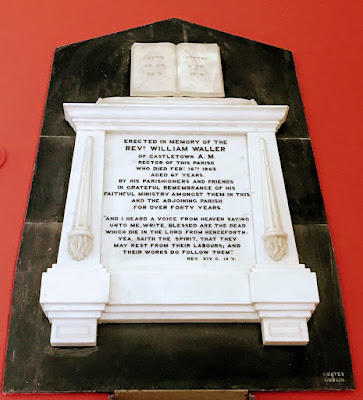 Some years ago, the Church of Ireland sold the glebe house, and it is now in private ownership. But this former glebe house retains much of its original form and is characteristic of glebe houses of that period. 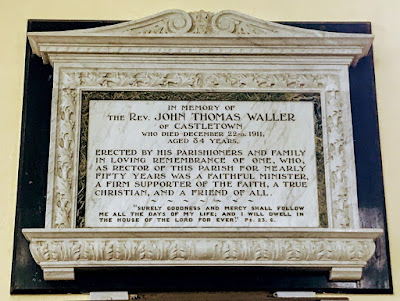