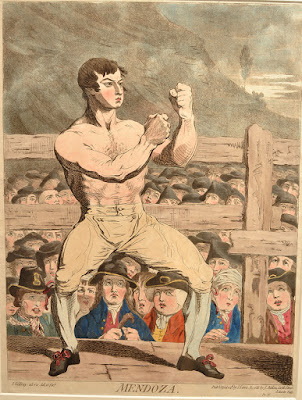 My posting this morning on the Comerford family of music hall artists and actors and their descent some of the most interesting Sephardic families of Seville, Venice, Amsterdam and the East End of London was a reminder how we are all inter-related and how identity is so often something that we select in a ‘pick-and-mix’ manner from the variety of identities available to any family on these islands.

In his book Jewish Dublin: Portraits of Life by the Liffey (2007), the late Alan Benson cited Louis Hyman in The Jews of Ireland to claim that the famous 18th century boxer Daniel Mendoza was ‘descended … from an impoverished Irish Jewish family of ten children, forced by circumstances to emigrate to England.’

But as I looked through the Sephardi ancestors of the Sipple sisters Aggie and Rosina who married the Comerford brothers Albert (Bert Brandford) and Harry (Harry Ford) and their family tree, I realised these two Comerford actors and stage stars were descended from the same family as Daniel Mendoza.

The Mendoza family can be traced back, not to Ireland, but to David de Mendoza (1650-1730), a Marrano or a member of a Jewish family that had converted publicly to Christianity at the Inquisition but continued to practice Judaism privately. David Mendoza and his wife Abigail David de la Penha Castro (1665-1751) moved with their children from Seville to Amsterdam, where they were free to resume the public practice of their Jewish faith and rituals.

Their grandson, Aaron Daniel de Mendoza (1709-1751), and his wife Bienvenida Abraham Tubi (1709-1765), were married in Bevis Marks or Spanish-Portuguese Synagogue in London in 1730. They were the parents of Abigail Nunes Martinez (1744-1810), the grandmother of Sarah (A’Cohen) Asher, who in turn was the grandmother of the sisters Aggie and Rosina Comerford.

Daniel Mendoza was born in London, the son of Abraham Aaron Mendoza (1732-1805) and his wife Esther Lopez Crespo, although Wikipedia mistakenly names his parents as Moses and Judith Mendoza. In any case, this Moses was a brother of both Abigail Nunes Martinez and Abraham Aaron Mendoza, so we are talking about the same generation in the same family.

Daniel Mendoza was the first Jewish prize-fighter to become a champion. One of his epic bouts in July 1789 pushed the Storming of the Bastille off the front pages.

The real connection with Ireland comes that year, when Daniel and a younger brother came to Dublin to give boxing exhibitions at the newly-opened Astley Theatre at the corner of Bride Street and Peter Street.

Two years later, Mendoza was booked to fight the ‘Squire’ Fitzgerald in Dublin, who claimed he was going to thrash this Jewish ‘trickster’ and that ‘one Irishman is the equivalent of any number of Jews.’

Asher Benson writes that at first Mendoza kept his cool. But as the antisemitic barbs intensified his temper frayed and amid tumultuous applause ‘he well and truly clobbered the squire.’

Asher Benson is generous in giving Fitzgerald his due, for after the bout he said, ‘If in the heat of the moment I used any expression that was insulting, I apologise to you.’

Mendoza was deeply touched by the warmth of his reception in Ireland and later expressed his appreciation of the friendliness shown by all he met.

Mendoza helped transform the popular English stereotype of a Jew from a weak, defenceless person into someone deserving of respect. He is said to have been the first Jew King George III ever spoke to.

Mendoza died in 1836 at the age of 73, leaving his wife Esther and 11 children in poverty and with no money.

The actor Peter Sellers (1925-1980) claimed he was the great-great-grandson of Daniel Mendoza, and he pursued this claim in several films, hanging portraits of Mendoza in the background and making Inspector Clouseau an admirer of Mendoza.

Peter Sellers was born Richard Henry Sellers, the son of William Sellers and Agnes Doreen ‘Peg’ Marks (1892-1967). Peg claimed her mother, Benevenida (‘Welcome’) Mendoza (1854-1932), was a daughter of Isaac Mendoza, one of the 11 impoverished children of Daniel Mendoza.

So, to claim Peter Sellers is a descendant of Daniel Mendoza the prize-fighter is like making the same claim for the sisters Aggie and Rosina Comerford.

But then, we are all related by no more than six degrees of separation, I suppose. We can all rejoice in the diversity we share, thanks to a time when borders were open and refugees fleeing religious persecution were welcomed with open arms on these islands. 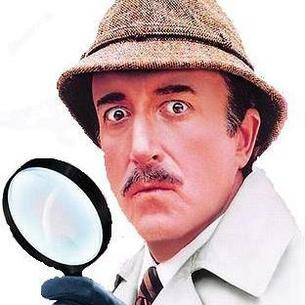 Peter Sellers made Inspector Clouseau an admirer of Daniel Mendoza

Genealogy is fascinating. I spend a good part of each day pursuing ancient ancestors, some of whom were in Limerick and Galway.

Good Morning Patrick I to am a descendant and my family were also in showbiz funny enough my father was a famous strength athelete carrying on the tradition and I still frequent Daniels Synagogue Bevis Marks, see if you can watch WDYTYA about Mark Wright, the whole second half of the program is about the Mendozas. Its been suggested that Aaron who literally dissappears ended up in Ireland rgds Kevin

In fact Benvenida Mendoza(Tubi) was my great grandmother from 8 generations ago...