‘The Irish Times’ view on Christmas:
Light in the winter darkness 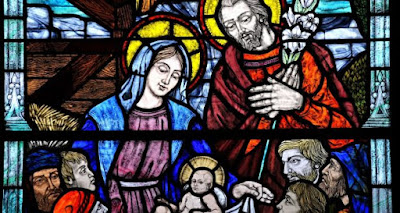 Christmas has always been a festival of light in the midst of the winter darkness, a necessary note of hope and optimism in a dark world that continues to hope in the bleak mid-winter for light and a future with promise. Photograph: Daragh Mac Sweeney/Provision/The Irish Times

The Irish Times publishes this full-length editorial this morning:

Light in the winter darkness

Is Ireland moving away, further and further, from the inherited beliefs and practices that shaped the culture and identity of society and families?

Those who bemoan that Christmas has changed sometimes rehearse clichéd claims that Christ is being removed from Christmas – that even Mass has become marginal to Christmas celebrations. They regret the increasing commercialisation of their cherished festival – the sales, the bargains and the baubles have become more important than the carols and the crib.

But Christmas has always been a festival of light in the midst of the winter darkness, a necessary note of hope and optimism in a dark world that continues to hope in the bleak mid-winter for light and a future with promise.

Indeed, our modern Christmas celebrations owe less to the Gospel stories of the first Christmas and more to the Victorian innovations introduced by Queen Victoria’s German spouse, Prince Albert, and popularised and romanticised by Charles Dickens, including the Christmas tree, the cards, the turkey dinner. These Victorian fashions have shaped our expectations of Christmas to a degree that we forget how many of our Christmas traditions are recent innovations: even our tradition of singing carols at Christmas-time was popularised only because of the collections of carols published by John Stainer in 1871 and by Richard Chope and Sabine Baring-Gould, in 1875.

Coming into the world

The popular understanding of the Christmas story relies less on the actual Gospel accounts, and has become a conflation of the Christmas narratives of two of the four Gospel writers, Saint Matthew and Saint Luke. The two accounts have become conflated in popular culture thanks to school nativity plays and the illustrations on Christmas cards

But the Gospel story that most churchgoers associate with Christmas morning makes no mention of the first Christmas, still less of romanticised images of that first Christmas. Instead, the dramatic opening verses of Saint John’s Gospel say: “The true light, which enlightens everyone, was coming into the world” (John 1: 9).

The word Saint John’s Gospel uses in the original text refers not to planet earth, to our own worldly concerns, or to humanity, and still less to the Church. The word cosmos used here is a reference to the whole observable, created universe, a concept that is not limited to our planet, still less to the pious and the church-going who worry about concerns at Christmas that appear to be too worldly.

In many ways, it could be said, concerns that seek to limit Christ to the praying and the pious do a disservice to the depth and breadth of vision found in the first chapter of Saint John’s Gospel.

If, too often, the Churches and Christians have paid too much attention to their own agenda and not enough to the needs of a suffering and messy, bruised and broken world, they have minimised the full impact of the Gospel message, repeated Christmas after Christmas. Saint John, in that Christmas reading of the Gospel, goes on to proclaim: ‘He [Christ] was in the world, and the world came into being through him; yet the world did not know him’ (John 1: 10).

The understanding of the cosmos in Saint John’s Gospel challenges us to reach beyond our own selfish concerns, and to glimpse that our world is only worth conserving and preserving when we reach beyond its narrow limitations and grasp the scope and extent of the created order as understood in the vision in that dramatic Christmas reading.

At the opening of the global climate summit in Madrid earlier this month, Pope Francis told governments that the climate emergency is a “challenge of civilisation” requiring sweeping changes to economic systems, but he warned that world leaders have not done enough.

His intervention is consistent with demands that have marked his papacy. His intervention in 2015 through his encyclical Laudato Si’, not only pushed the agenda of global co-operation but also helped to clinch the Paris deal. It is a sad reflection on the lack of progress since then that he felt the need to intervene once again in recent weeks to make the moral case for action.

Concern for the world and for the earth is expressed beautifully in one of the most popular Victorian Christmas poems, written by Christina Rossetti:

The poet brought heaven and earth together in her understanding of the meaning of the Nativity. If Christmas is to find new meaning in the modern world, then the Church and Christianity must increasingly become active in expressing concerns for the cosmos that is at the heart of the Christmas message in Saint John’s Gospel.