Irish Anglicanism, a book review in
the ‘Irish Theological Quarterly’ 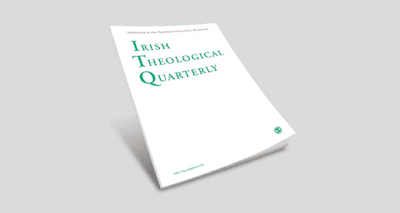 The disestablishment commemorations began late last year, with Archbishop Justin Welby of Canterbury preaching in Saint Patrick’s Cathedral, Dublin, and look like continuing into 2021. As part of the commemorations, Irish Anglicanism 1869-2019 is a new collection of essays edited by Dr Kenneth Milne, the Church of Ireland historiographer, and Dr Paul Harron, an architectural historian and former Church of Ireland press officer.

To mark the fiftieth anniversary, Archdeacon (later Bishop) Henry Patton published a collection of his own essays, Fifty Years of Disestablishment, in 1922. But the monumental work on disestablishment came at the centenary, when the pioneering Jesuit ecumenist, the late Michael Hurley, edited a collection of essays by a group of Methodist, Presbyterian, Quaker and Roman Catholic scholars, Irish Anglicanism 1869-1969, in 1970.

This collection is unlike both predecessors. The essays are often short, sometimes to the point of being terse – the longest is by Archbishop Michael Jackson and runs to 18 pages – and are of varying degrees of scholarship: two have no footnotes or references, one has footnotes that sometimes are considerably longer than the text on a page, and one contributor manages to refer to himself at least nine times in the third person.

Unlike Michael Hurley’s book half a century ago, this collection has only one contributor from outside the Church of Ireland. Fergus O’Farrell offers a Methodist perspective, but there is no Roman Catholic reflection, nor is a Presbyterian voice heard.

Of the 26 contributors (some of the papers are co-authored and one has multiple authors), only six are women, which poorly reflects the life of a Church that has been ordaining women as deacons since 1987, as priests since 1990, and as bishops since 2013.

Bishop Harold Miller does not allow his own churchmanship to influence a very fine description of the developments in modern liturgy in the Church of Ireland. But he fails to give credit to other liturgists who contributed to these developments, including Michael Burrows, Ricky Rountree, Michael Kennedy and Brian Mayne. It is left to Raymond Refaussé (p. 238) to give credit to Canon Mayne’s role in compiling and editing the 2004 Book of Common Prayer.

A collection of essays, by its very nature, is selective. But there is no contribution on the Church of Ireland Bishops’ Appeal or the work of the church through development agencies such as Christian Aid and Concern; there is no discussion of the work with migrants, refugees and asylum seekers, including the pioneering work of the Discovery initiative and the Discovery Choir; and no engagement with the work of mission agencies, apart from brief historical references in Bishop Kenneth Kearon’s essay to SPG, SPCK and CMS and the role of the Church of Ireland in forming churches in Spain and Portugal.

Of the 20 papers in this collection, five are by bishops (six if one counts the foreword), but only one by a former member of staff of Church of Ireland Theological College, and no other paper is from present or past staff members of the Church of Ireland Theological Institute, although many are scholars of international repute, such as Adrian Empey, John Bartlett and David Hewlett, and there is none by lay theologians, such as Andrew Pierce, Margaret Daly-Denton, or the Dublin-born brothers David Ford (Cambridge) and Alan Ford (Nottingham).

The discussion of theological education needs a critical approach in a Church where the teaching of Biblical languages, Church History and patristics have been marginalised and reduced to electives or options.

Despite Canon Ginnie Kennerley’s summary of women’s ministry as women in ordained ministry, little attention is given to women in lay ministry, their membership of General Synod and committees – there are two brief mentions of Lady Brenda Sheil – their role in diocesan and parish life. Nor is there the robust discussion needed of laity engagement in law, the media, science and sport: Catherine McGuinness was a Supreme Court judge; the late Jack Boothman was president of the GAA; Colonel Dick Bunworth was once aide-de-camp to President de Valera and retired as Deputy Chief of Staff, while his brother, Colonel Bill Bunworth, was a pioneering officer in Irish peacekeeping operations.

The brief discussion of media and communications could have generously referred to Patsy McGarry and Andy Pollak who have provided a regular platform in The Irish Times for many people in the Church of Ireland through the ‘Rite and Reason’ weekly column and in a well-planned series marking the millennium in 2000.

Three contributions briefly refer to the crisis at Drumcree, but there is almost no account – apart from Canon Kennerley’s brief mention – of the rise of Reform and Gafcon (p. 69), mainly in Northern dioceses, a movement that threatens to rob many dioceses in the Church of Ireland of a once generous, broad and inclusive ethos. Their aggressive rise impinges on every facet of church life. The paper on interfaith matters misses an opportunity to tackle the objections of some ‘conservative evangelicals’ to an invitation to a Muslim to speak in Christ Church Cathedral, Waterford, and their apparent silence in the face of protests outside mosques in the Greater Belfast area, when crosses were carried by protesters in white robes.

The divisiveness created by this new expression of ‘conservative evangelicalism’ came into the open in the debate on sexuality at the General Synod of 2012, described by Bishop (now Archbishop) John McDowell, as being ‘for many the most divisive synod in living memory’ (p. 101).

If that was a deeply divisive synod, Robin Bantry White argues, on the other hand, that at General Synod ‘there are fewer bores, but also fewer skilled debaters. There are fewer people among the general membership adept at using the Standing Orders. In some ways the synod has become more an annual conference than a parliament debating great matters’ (pp. 190-191).

A church that is more interested in its archives and its monuments than in theological reflection on its faith and praxis is in danger of becoming a mausoleum rather than growing as a living church.

(Revd Canon Professor) Patrick Comerford is a priest in the (Church of Ireland) Diocese of Limerick, Precentor of Saint Mary’s Cathedral, and a former Adjunct Assistant Professor in Trinity College Dublin and the Church of Ireland Theological Institute.