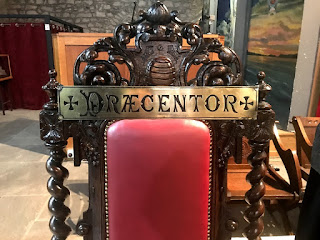 Warburton’ successor, Canon Frederic Charles Hamilton, provides an interesting link with both this group of parishes, with the Mariner’s Church in Dún Laoghaire, which I was writing about earlier this month (see HERE), and with the Anglican mission agency SPG, now USPG (United Society Partners in the Gospel), of which I am a trustee.

Frederic Charles Hamilton (1824-1904) was probably a member of a family with earlier links with clerical life in the Diocese of Limerick: John Hamilton (1720-1767), originally from Co Monaghan, was in parish ministry in the diocese from 1753 to 1767, when he was the Vicar or Rector of a number of parishes in West Limerick, including Abbeyfeale, Kilbroderan and KIlcolman, and was also Vicar of Shanagolden shortly before he died.

Frederic Charles Hamilton was born in Gloucestershire in 1828, but his family later returned to Ireland, and he was educated at Trinity College Dublin before ordination.

His first appointment after ordination as a deacon was as Assistant Chaplain of the Mariners’ Church, Kingstown (Dún Laoghaire) in 1851-1852, when the first chaplain was the Revd Richard Sinclair Brooke (1802-1882). 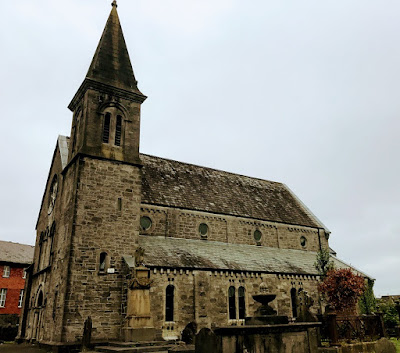 Hamilton moved to Limerick later in 1855 when he was appointed a Vicar Choral of Saint Mary’s Cathedral, a position who would retain for the rest of his life, and was ordained priest in 1856.

When he died on 4 June 1904, he was buried in the churchyard at Saint Mary’s Cathedral, Limerick.

Archdeacon Hamilton’s wife Emma (Cartmel) was the daughter of a priest in the Diocese of David’s in Wales. Their eldest son, the Revd George Frederick Hamilton (1868-1944), was born at Wellesley Lodge in Limerick on 28 July 1868, while they were living at the Vicarage in Bruree.

George Frederick Hamilton was ordained deacon by the Archbishop of Dublin in 1891 went to India immediately as a missionary with SPG and the Dublin University Mission in Hazaribagh, until 1904. While he was in India, he translated Saint Mark’s Gospel and a number of hymns into Hindi. On a return visit to Ireland, he was ordained priest by the Bishop of Ossory on behalf of the Bishop of Limerick in 1898.

George Frederick Hamilton returned to Ireland on his father’s death in 1904, and after parish ministry in the Diocese of Tuam from 1904 to 1923, he returned to the Diocese of Limerick in 1923 as priest-in-charge and then, from 1928 as Rector of Ballingarry in west Limerick, a parish that became part of the Rathkeale Group of Parishes in 1958. 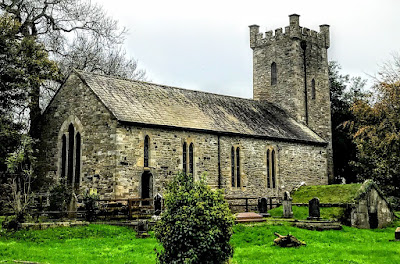