The composer Clementi
returns to Lichfield with
an afternoon of music 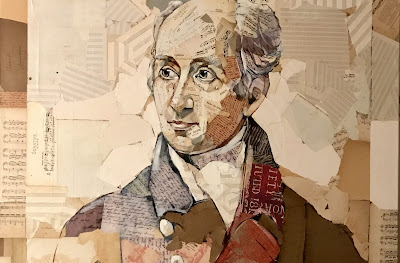 Muzio Clementi (1752-1832), known as the ‘Father of the Pianoforte,’ is part of the programme of this year’s Lichfield Festival, almost 200 years after he first moved to Lichfield in 1828.

I first became aware of Clementi’s story while I was staying at the Hedgehog Vintage Inn on the northern outskirts of Lichfield, and I later wrote about his Lichfield links for the Lichfield Gazette in March 2014. Clementi lived in Lichfield from 1828 until the end of 1831, and he lived in the house for almost four years while it was known as Lyncroft House.

Clementi was a friend of both Mozart and Beethoven, and he was the publisher of Beethoven’s music in England. His pupils were Johan Baptist Cramer, Ignaz Mocheles and the Dublin-born composer John Field.

When he died in 1832, Clementi was buried in Westminster Abbey with a public funeral. John Field from Dublin was one of the pallbearers.

There was another Irish connection too: Clementi’s son, John Muzio Clementi, later lived in Ireland, and in 1858 built Iveragh Lodge in Waterville, Co Kerry, recently on the market.

Lyncroft House later became the home of the Revd Henry Gylby Lonsdale (1791-1851) when he was Vicar of Saint Mary’s Church, Lichfield, in the 1830s, and is now the Hedgehog Vintage Inn.

But why did Clement move to Lichfield. And what connections did he have with the city?

The story about his life and accomplishments is being told at the Lichfield Festival this year, during an afternoon event interspersed with a demonstration on an original 1825 Clementi square piano, from the Finchcock’s Piano Museum collection.

‘Clementi in Lichfield’ takes place in Wade Street Church, Lichfield, on Friday 9 July from 2pm to 3 pm, and is sponsored by Janette Horton and the Lichfield Civic Society. The afternoon and ends with a modern arrangement of a Clementi piece on acoustic violin and Clementi Piano.

The programme with live music includes a brief reflection on Muzio Clementi’s long and successful life and some of his many achievements, including his connections with his contemporaries Beethoven and Mozart. Tickets are £14.

Lichfield Festival provides inspiring multi-arts experiences and aims to inspire creativity through performance and participation in the annual summer festival. The diverse events and activities range from dance to drama, classical music to comedy and folk to family workshops.

Further details about this year’s programme, from 8 to 18 July 2021, are available HERE. 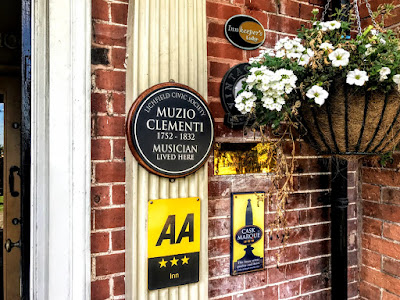