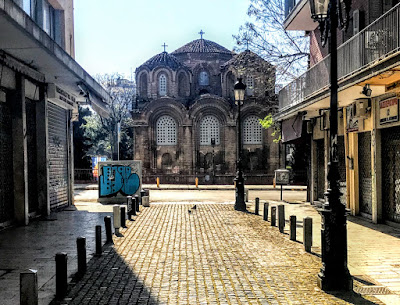 The Church of Panaghía Chalkéon in Thessaloniki was built in 1028 (Photograph: Patrick Comerford)

This week’s theme is seven churches in Thessaloniki, and my photographs this morning (29 July 2021) are from the Church of Panaghía Chalkéon in Thessaloniki. 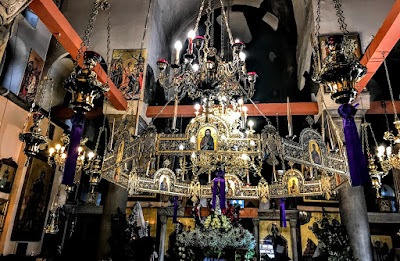 The Church of Panaghía Chalkéon (the Virgin of the Coppersmiths) was built in 1028 by Christophoros, a Byzantine official named in an inscription on the marble lintel at the main west entrance.

After the Ottoman Turks took Thessaloniki in 1430, the church was turned into a mosque, serving the guild of coppersmiths in the city.

When it became a church once again in 1912, the Turkish plaster was removed and the earlier wall paintings were cleaned.

The church was damaged by the earthquake in 1932 and was subsequently restored; and parts of it were rebuilt. Similar work was also carried out after the earthquake of 1978. There are fragmentary frescoes in the cupola and some icons. 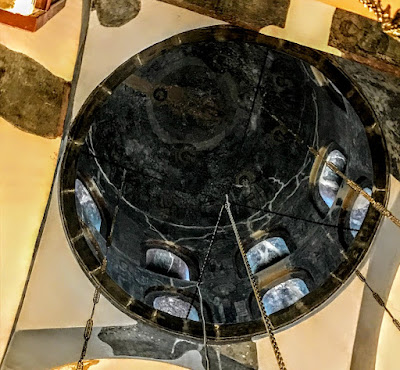 There are fragmentary Byzantine frescoes in the cupola (Photograph: Patrick Comerford)

[Jesus said:] 47 ‘Again, the kingdom of heaven is like a net that was thrown into the sea and caught fish of every kind; 48 when it was full, they drew it ashore, sat down, and put the good into baskets but threw out the bad. 49 So it will be at the end of the age. The angels will come out and separate the evil from the righteous 50 and throw them into the furnace of fire, where there will be weeping and gnashing of teeth.

51 ‘Have you understood all this?’ They answered, ‘Yes.’ 52 And he said to them, ‘Therefore every scribe who has been trained for the kingdom of heaven is like the master of a household who brings out of his treasure what is new and what is old.’ 53 When Jesus had finished these parables, he left that place.’ 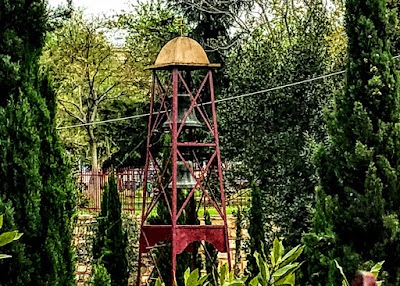 The bells at the Church of Panaghía Chalkéon (Photograph: Patrick Comerford)

We pray for those working to end human trafficking. May we add our voices to their calls for justice. 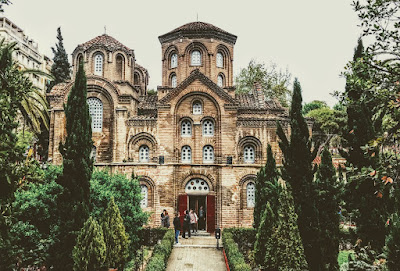 The church was restored after the earthquakes in 1932 and 1978 (Photograph: Patrick Comerford) 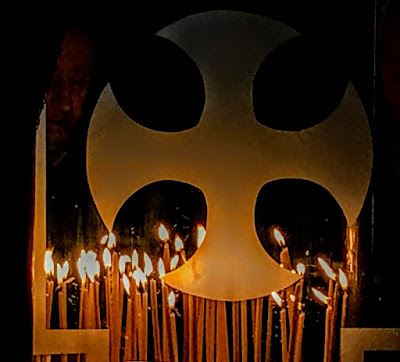