Praying in Ordinary Time 2021:
62, the Church of the Saviour, Thessaloniki 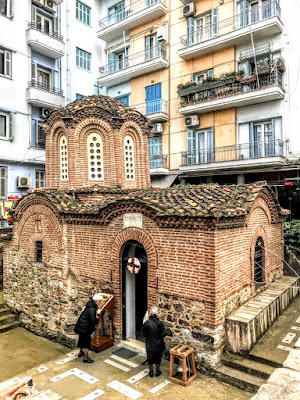 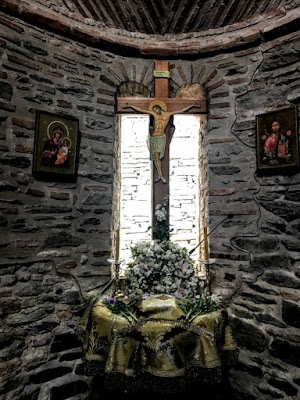 The small sanctuary area in the niche is not screened off by an iconostasis (Photograph: Patrick Comerford)

The church survived the great fire that raged through Thessaloniki in 1917. But 43 years ago, the great earthquake in 1978 caused significant damage to the church, and the tower with its cupola still seems to lean to one side even after extensive repairs.

Despite its half-hidden place below street level on Egnatia Street, this small church is worth seeking out. 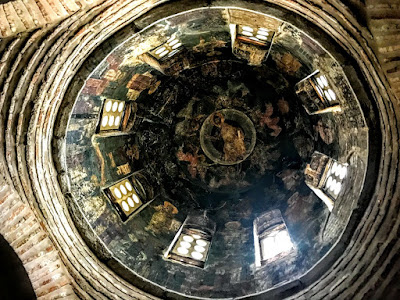 The dome depicts the Ascension of Christ and the Divine Liturgy (Photograph: Patrick Comerford)

36 Then he left the crowds and went into the house. And his disciples approached him, saying, ‘Explain to us the parable of the weeds of the field.’ 37 He answered, ‘The one who sows the good seed is the Son of Man; 38 the field is the world, and the good seed are the children of the kingdom; the weeds are the children of the evil one, 39 and the enemy who sowed them is the devil; the harvest is the end of the age, and the reapers are angels. 40 Just as the weeds are collected and burned up with fire, so will it be at the end of the age. 41 The Son of Man will send his angels, and they will collect out of his kingdom all causes of sin and all evildoers, 42 and they will throw them into the furnace of fire, where there will be weeping and gnashing of teeth. 43 Then the righteous will shine like the sun in the kingdom of their Father. Let anyone with ears listen! 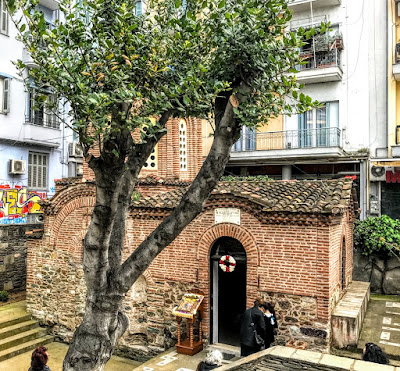 The church tower and cupola seem to be leaning to one side (Photograph: Patrick Comerford)

The Prayer in the USPG Prayer Diary today (30 July 2021) recalls William Wilberforce, Olaudah Equiano and Thomas Clarkson, and invites us to pray:

Let us give thanks for the lives and works of William Wilberforce, Olaudah Equiano and Thomas Clarkson. May we remember their efforts to abolish the slave trade and renew our commitment to ending modern slavery. 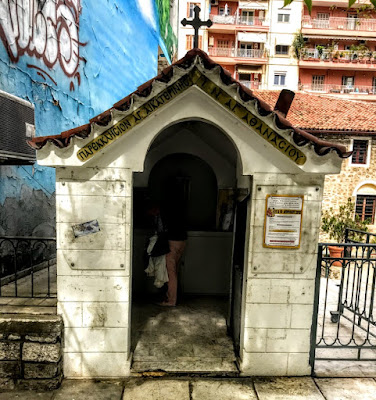 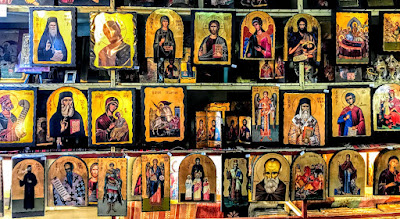 Icons on a stall in the streets of Thessaloniki (Photograph: Patrick Comerford)