At Passover, the bread of affliction
and bitter herbs are reminders of
the call for freedom and liberty 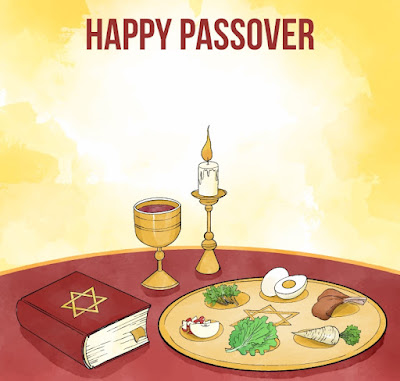 The Seder is a fascinating mix. On one hand, people recline and drink wine, demonstrating how free we are. Yet, people also eat matzah, the ‘bread of affliction,’ and bitter herbs, stark reminders that our freedom and liberty are not complete.

As Jewish families and friends gather this evening, some for the first time in two years, there may be much to be grateful for. At the same time, many people are acutely aware that this Passover comes at a very challenging time for people from Ukraine, both those who have fled and those who remain.

So, as people lift their glasses in praise, it is time this evening to pray for the day when the process that began at the Exodus will climax in the moment when ‘nations will not lift their swords against another’ and ‘all will know Me.’

Kevin Martin, part of my extended family and an active member of the Spanish and Portuguese or Sephardi community in London, sent me Passover greetings earlier this week in the form of a YouTube link to Vanessa Paloma singing Una Cabrito, a Sephardic Passover song.

In a recent Lviv Diary in the New Stateman, she recalls how she first became intrigued by Lviv when she read Philippe Sandss’ remarkable book East West Street: On the Origins of Genocide and Crimes Against Humanity (2016).

This is a compelling family memoir that also tells the story of the Jewish legal minds that sowed the seeds for human rights law at the Nuremberg trials. Once a major cultural centre of Europe, Lviv changed hands at least eight times between 1914 and 1945. She says, ‘It is a heartbreakingly beautiful city of shifting borders and identities: throughout its history it has been known as Lemberg, Lwów, Lvov or Lviv, depending on who controlled it.’

In the current edition of New Statesman, the French philosopher and writer Bernard-Henri Lévy, a leading Jewish imtellectual from a north African Sephardic family, recalls Benya Krik, one of the great anti-heroes of Russian literature, in The Odessa Tales, by Isaac Babel (1894-1940). Babel was born in Odessa to Jewish parents; he is acclaimed by many critics as ‘the greatest prose writer of Russian Jewry,’ and he was murdered in a Stalinist purge.

Lévy also describes a recent meeting with Professor Alexander Garachuk of the Odessa Mechnikov National University ‘under the blue and white tent through which a stream of refugees pass.’

Professor Garachuk, with his mischievous look and tousled white mane, introduced ‘himself by saying that he has never known for sure whether he was Ukrainian, Polish, Lithuanian, Jewish, German or French,’ and Lévy says this ‘embodies the spirit of Odessa, which Pushkin defined as a happy blend of cosmopolitanism, libertarian ¬humour and irony.’

Lévy asserts that antisemitism is a burning question in Ukraine, and is ‘particularly salient’ in Odessa, where, before World War II, Jews made up half the population but now number no more than 40,000.

The Holocaust Memorial on Prokhorovka Street is in the old Jewish quarter of Moldavanka. ‘It is a strange monument composed of five skeletal silhouettes whose feet are caught up in a ring of barbed wire and who appear to be engaged in a danse macabre. Leading up to it is a path of silver birches, each symbolising one of the Righteous among Nations who sheltered Jews during the Holocaust.’

There Lévy met Roman Shvartsman, one of the last remaining survivors of Stalin’s ‘Holocaust by Bullets.’ Shvartsman asks Lévy and his companions whether they are ‘aware that Ukraine is, according to the records of Yad Vashem, one of the top four countries in terms of its numbers of the Righteous? He says this softly. Sadly.’

In the middle of recounting the massacres that followed the arrival of Romanian troops in October 1941, an old man begins to cry. Referring to Putin, he asks, ‘Is he weeping for the Righteous over whom he stands watch? For the dead whom he serves as a living tomb? Or for the madness of men taking up again with a ghost of Hitler, a doppelgänger who, while pretending to be “denazifying Ukraine” has the temerity to cloak himself in the memory of the victims? I do not know.’

The people of Ukraine truly are eating the ‘bread of affliction’ and bitter herbs this Passover, stark reminders that our freedom and liberty are not complete until all are free and are guaranteed thier liberty.