Working my way through
‘Limerick in 50 Buildings’ 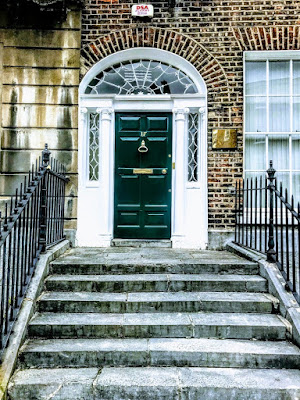 No 17 The Crescent … one of 50 buildings included in Pat Dargan’s new book on Limerick (Photograph: Patrick Comerford, 2019)

Since moving to West Limerick at the beginning of 2017, I have enjoyed my regular trips into Limerick, not only to take part in events in Saint Mary’s Cathedral, and not merely to catch trains or buses to Dublin.

As a city, Limerick has an interesting history that dates back to the arrival of the Vikings on the Shannon estuary. After a brief period in the hands of the O’Briens, Kings of Thomond, Limerick passed to the Anglo-Normans in the late 12th century and later was fought over during the many civil wars in the 17th century.

Limerick’s Gothic Saint Mary’s Cathedral, the Norman-era King John’s Castle, and the city’s walls and defences have survived since the mediaeval era. But much of the architectural fabric of the city centre dates from the Georgian and Victorian eras, when the Pery and Barrington families were involved in laying out a new street plan with elegant houses lining the parallel streets and squares.

As I walk around the mediaeval quarter on King’s Island and the Georgian and Victorian streets and squares, I keep my eyes up, watching for what intrigues me, photographing it, and then researching it before I blog about it.

Now I have a new guidebook to Limerick’s streets and buildings.

Dr Pat Dargan is an architect and planner who has lectured in the Technological University Dublin from many ages. He has a special interest in the history and development of towns and villages.

He has published books on the architectural heritage of Dublin, Bath, and London and on the Georgian buildings in his native Limerick.

Now he has produced a new book, Limerick in 50 Buildings in a series published by Amberley Books. Three years ago, my friend the Lichfield blogger wrote a similar book in this series, Lichfield in 50 Buildings. 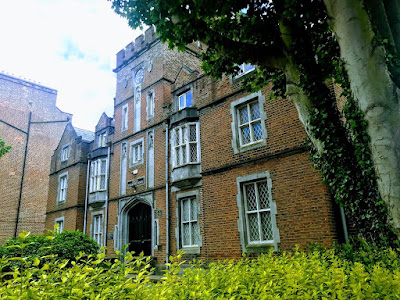 He begins with Kilrush Old Church, on Old Church Street, near Villiers School and said to be the oldest building in Limerick, and ends with the Clayton Hotel on the Quays, one of the most striking buildings visually on the quays.

In between, the selection is captivating. He includes churches, castles and courthouses, ruins and modern structures.

I have already blogged about many of these buildings. Inevitably, when it comes to choices, there are some I might have selected that are not here – such as the former Jesuit church on the Crescent; and there are others that are here that I might not have thought about or have yet to see.

One way he caught my imagination was the inclusion of No 17 The Crescent, which is his No 24 in his selection, right in the middle of the book. This house is typical of the 600 or so Georgian townhouses in Newtown Pery, although it is positioned in the curve of the Crescent.

Limerick in 50 Buildings explores the history of this city and the changes that have taken place in Limerick over the centuries. A small quibble is the spelling of some of the street names on the map, and the map location for O’Connell Street. But this is a book that I plan to take with me again and again as I wander through the city streets. 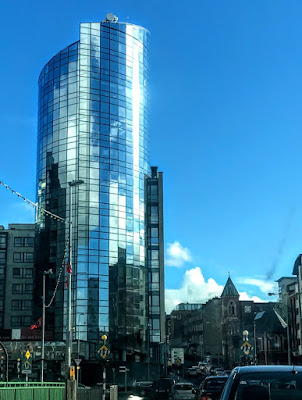