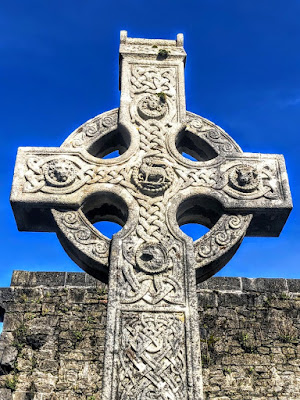 The head of the Celtic Cross on the grave of Bishop Charles Graves shows the Lamb of God surrounded by symbols of the Four Evangelists (Photograph: Patrick Comerford, 2020)

Leaving the south porch of Saint Mary’s Cathedral, Limerick, after a meeting earlier this week, the two most striking graves in the cathedral churchyard are those of the Bernal family and Bishop Charles Graves.

Charles Graves (1812-1899) was Bishop of Limerick from 1866 until he died in 1899. His memorial is the style of an Irish High Cross, a style made fashionable by the Celtic Revival.

The cross has an epitaph in three languages: Irish, Latin and English. The Irish-language version was written by Graves’s friend, Douglas Hyde, later the first President of Ireland; the Latin version was composed by RY Tyrrell, Registrar of Trinity College Dublin; and the English text was written by the bishop’s own son, the poet and musician Alfred Perceval Graves, father of the better-known poet Robert Graves.

As well as being a prominent bishop before and after the disestablishment of the Church of Ireland, Charles Graves was a mathematician and academic. 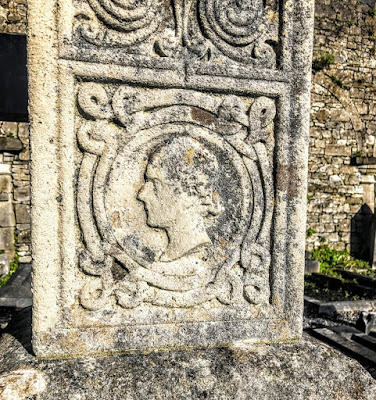 The Graves family came from Yorkshire to Co Limerick in the mid-17th century, and Dean Thomas Graves was a younger brother of the Very Revd Richard Graves (1763-1829), Regius Professor of Greek at Trinity College Dublin and Dean of Ardagh.

His mother Helena Perceval (1786-1850) was a daughter and co-heiress of the Revd Charles Perceval (1751-1795) of Bruhenny, Co Cork, and a second cousin of Lady Frances Perceval (1748-1830) who married Lord Redesdale, Lord Chancellor of Ireland (1802-1806), so introducing a distant connection with the later prominent Mitford sisters.

His brothers included the jurist and mathematician John Graves, and the writer and priest the Revd Robert Perceval Graves.

Charles attended a private school near Bristol and entered Trinity College Dublin at the age of 16. At TCD, he was a Scholar in classics and graduated BA in mathematics in 1835. His later degrees were MA (1838), BD and DD (1851), as well as a DCL from Oxford University (1881).

He played cricket for Trinity and later in life spent much time boating and fly-fishing. The family hoped he would join the 18th (Royal Irish) Regiment of Foot under his uncle, Major-General James William Graves (1774-1845). Instead, he became a Fellow of Trinity College Dublin in 1836, and was ordained deacon in 1838 and priest the following year.

He went on to become Erasmus Smith’s Professor of Mathematics at TCD (1843-1862), and was President of the Royal Irish Academy (1861-1866). He was also secretary to the Brehon Law Commission and vice-chair of the Endowed Schools Commission.

He published Two Geometrical Memoirs on the General Properties of Cones of the Second Degree and on the Spherical Conics in 1841, a translation of Aperçu historique sur l'origine et le développement des méthodes en géométrie (1837) by Michel Chasles, but including many new results of his own. 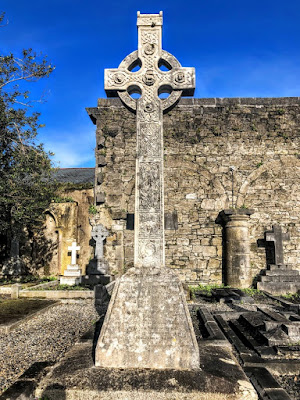 He was a colleague of Sir William Rowan Hamilton and when Hamilton died Graves gave a presidential address that included an account both of Hamilton’s scientific labours and of his literary attainments.

Graves was interested in Irish antiquarian subjects. He discovered the key to the ancient Ogham script on stone monuments. He was elected a Fellow of the Royal Society (FRS) in 1880.

He was appointed Bishop of Limerick, Ardfert and Aghadoe on 28 April 1866. He was consecrated in the Chapel of Trinity College Dublin on 20 June 1866 by Archbishop Richard Chenevix Trench of Dublin, assisted by Bishop Robert Knox of Down, Connor and Dromore, and Bishop William Fitzgerald of Killaloe and Clonfert. He was enthroned in Saint Mary’s Cathedral, Limerick, on 4 July 1866.

As Bishop of Limerick, his official residence was at the Bishop’s Palace on Henry Street, Limerick. But since the 1850s he had leased Parknasilla House, 3 km from Sneem, Co Kerry, as a summer residence.

He was on the best of terms with his Roman Catholic counterpart in Limerick, Bishop Edward O’Dwyer. They shared Latin jokes with each other, discussed fine points of scholarship and it is said they did not take their religious differences too seriously.

Bishop O’Dwyer once joked at the size of Graves’s family of nine children. Graves retorted with the text about the blessedness of the man who has his quiver full of arrows; O’Dwyer replied, ‘The ancient Jewish quiver only held six.’ 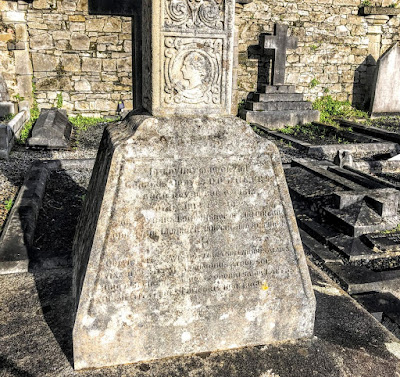 The inscription at the base of the cross is in English, Latin and Irish (Photograph: Patrick Comerford, 2020)

Their grandchildren included the poet and classicist Robert Graves (1895-1985), the journalist Philip Graves (1876-1953) who exposed the Protocols of the Elders of Zion as an antisemitic fraud; the journalist and travel writer Charles Patrick Graves (1899-1971); and Sir Cecil Graves (1892-1957), Director General of the BBC.

Bishop Graves bought out the lease of Parknasilla House in 1892, with a further 114 acres (0.46 sq km) of land that included some islands. He sold the house to Great Southern Hotels in 1894; the hotel opened in 1895, and is celebrating its 125th anniversary this year.

He died at Portobello House, Dublin, on 17 July 1899, and was buried in the churchyard on the south side of Saint Mary’s Cathedral, Limerick. 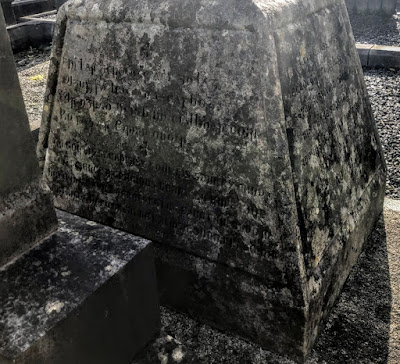 The inscriptions at the base of the Celtic cross on his grave include:

Erected by his 7 surviving children, his 3 sons-in-law, his nephew and niece 1901

To God, his steadfast soul, his starry mind
To Science, a gracious heart to kid and kind
His living gave. Then let each fair bloom
Of Faith and Hope breathe balm around his tomb

After his death, his estate was valued at £48,901 equivalent to about €6 million today. But he had lived to an age that far exceeded that on which the commutation capital had been calculated, so that the General Synod of the Church of Ireland had to draw from its other funds to provide a large grant to help the Diocese of Limerick to maintain the income of the future bishop. 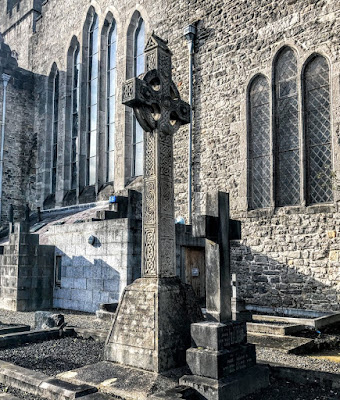 A fine piece, Patrick. Bishop Graves's grandfather Rev. Thomas Graves was the elder of the two brothers you mention, both clergymen. Rev. Thomas was Dean of Ardfert. Therefore I see the Bishop's father, John Crosbie Graves, as very much a Kerryman. Born in 1776 that makes him the same age as Daniel O'Connell, 'The Liberator'(1775). They must have known each other well, Daniel and J. C. G. being both in the Law and J. C. G. a Dublin police commissioner as well.
Gerald O'Carroll