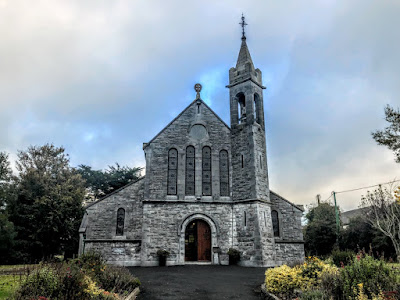 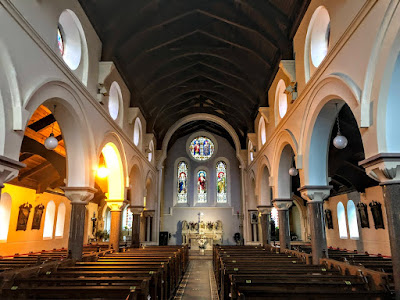 The foundation stone to the left of the main door of the church was laid by Bishop Denis Halinan of Limerick on 8 December 1922. The inscription says Samuel Francis Hynes from Cork was the architect and Jeremiah J Coffey from Midleton, Co Cork, was the builder. 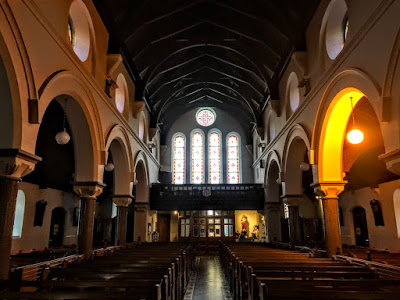 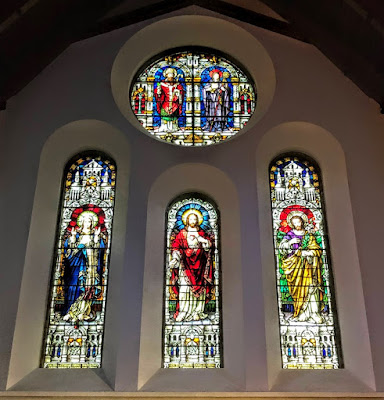 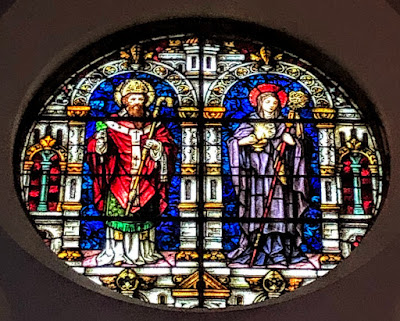 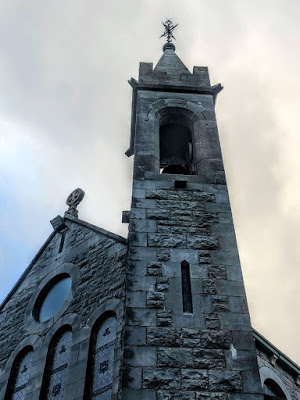