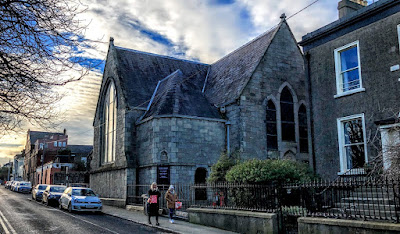 Christ Church, Dún Laoghaire, Co Dublin, was originally built in 1836 as the Bethel Episcopal Free Chapel. It was a trustee church, built on the initiative of the Revd William Burgh, later the Revd Dr William de Burgh (1801-1866). It was given official standing in its trust deeds on 12 April 1838.

A few years later, the Mariners’ Church was built nearby on Haigh Terrace as a trustee church in 1843 to serve sailors and mariners in the growing port and harbour of Kingstown.

William Burgh had been a curate in Wicklow (1825) and was the chaplain at Saint Augustine’s, the former chapel of the former women’s ‘penitentiary’ on Dublin’s North Circular Road (1826-1847), when he was appointed the first chaplain of the Bethel Chapel or Church in 1836.

A year later, William and other family members who lived at Oldtown, near Naas, assumed the ‘de Burgh’ spelling of the family name in 1848. As William de Burgh, he returned to Dublin in 1850 as the first chaplain of Saint John’s Church, Sandymount (1850-1864).

Saint John’s was a trustee church built at the expense of the Herbert family, and has stood firmly in the Anglo-Catholic tradition. While he was at Saint John’s, William de Burgh was twice the Donnellan Lecturer in Trinity College Dublin (1852, 1862). Later, he was the Rector of Arboe, Co Tyrone, in the Diocese of Armagh (1864-1866). When he died in 1866, he was buried in the de Burgh family vault in Naas. His 18 children included Maurice Thomas de Burgh, Archdeacon of Kildare, and Hubert de Burgh, a chaplain in the Crimean War. 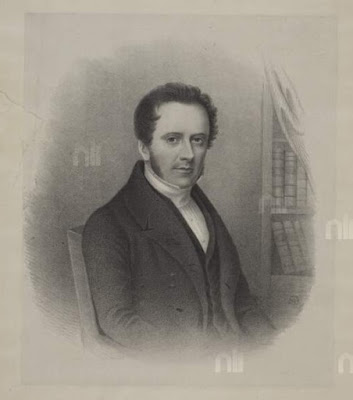 Meanwhile, William de Burgh was succeeded at the Bethel Chapel by the Revd James White (1839-1843). Those who followed him reflected a variety of styles of churchmanship.

Canon Latham Coddington Warren (1867-1878) was in his mid-30s when he came to the Bethel Chapel, and in little more than a decade he had transformed it into a new parish church for Kingstown, which had become a burgeoning new town with the development of the port and harbour, the arrival of the railway, and its own town council. 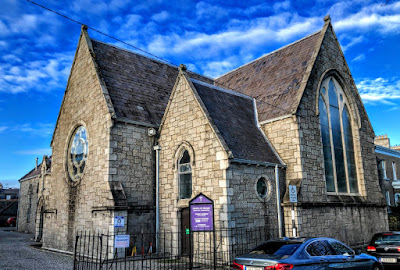 The former Bethel Chapel became a Church of Ireland parish church in 1869, and was renamed Christ Church (Photograph: Patrick Comerford, 2020)

McCurdy’s alterations in rebuilding the former Bethel Church, including the addition of transepts and a chapel, were so extensive that it may almost be considered a completely new building.

The Dublin-born architect and civil engineer John McCurdy (1824-1885) received his professional training in the office of Frederick Darley, architect to Trinity College Dublin. He succeeded Benjamin Holebrook as clerk of works at TCD in 1850 at a salary of £25 a quarter.

After the new museum was built in TCD in 1855, McCurdy became ‘inspector of new buildings’ at a quarterly salary of £28, and also received fees as superintending architect. He then became the official college architect, a post he held until he died in 1885.

McCurdy formed a partnership with William Mansfield Mitchell in 1872, and they practised from Leinster Street as McCurdy & Mitchell until 1882, when his only business address was at the Office of Works, TCD.

McCurdy was architect to the Commissioners for Education of Royal and Endowed Schools in 1873-1883, and to the Benchers of King’s Inns, and a member of Blackrock Town Commissioners (1864-1875).

His pupils and assistants included James Joseph Farrall, Edward Kavanagh, William Kaye-Parry, Albert Edward Murray and Frederick William Stokes. He was a member of the Architectural Association of Ireland; a Fellow of the (FRIAI) and vice-president (1868-1874) and president (1874-1885); and a Fellow of the Royal Institute of British Architects (FRIBA). 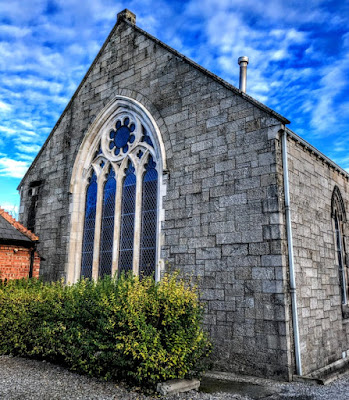 William Mansfield Mitchell (1842-1910) added a new tower to Christ Church in 1883-1887 and carried out other works at a cost of about £1,600. The former Vicarage was removed to allow for an extension of the church by 40 ft. The gallery was removed, windows were lowered, and a fine window was put in at the west end. The pews were shortened, and a new aisle was provided in the nave. Mitchell also presented a stone reading desk.

Mitchell was born in Dublin, a son of George Mitchell, confectioner, of Grafton Street. He was educated at the Wesleyan School, Dublin, and Nutgrove School, Rathfarnham. He was a pupil in the office of Deane, Son & Woodward, and set up his own practice at 33 Dawson Street in 1867.

He joined McCurdy in 1872 in a partnership that lasted until 1882, when McCurdy decided to concentrate on his work with TCD. Mitchell practised on his own until 1905, when he took his two sons into partnership as WM Mitchell & Sons.

James Beckett (1841-1915), the principal builder involved in Christ Church, was a master builder. He formed the family building business J & W Beckett with his brother William Beckett. The members of this extended family included the writer Samuel Beckett.

The parochial hall at Christ Church was designed by Sir Thomas Drew (1838-1910), who gave his services as an architect free. It was built in 1876 by the Dublin builder Thomas Pemberton. 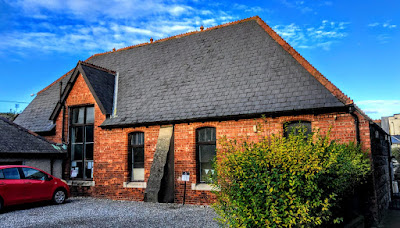 Meanwhile, the new parish had a secure place in the newly-disestablished Church of Ireland. Warren moved on from Christ Church to Saint George’s Church in Dublin in 1878, and later became Rector of Clonmel (1883-1910), Co Tipperary, Treasurer of Waterford (1883-1900), Archdeacon of Lismore (1896-1912), and a prebendary of Saint Patrick’s Cathedral, Dublin.

Christ Church, Dun Laoghaire, and the Mariners’ Church were grouped in 1959, when the Rector of Christ Church, the Revd Fergus William Day (1954-1967), became the incumbent of the group. Fergus Day followed Noble Hamilton as Dean of Waterford (1967-1979).

While Canon Robert Charles Armstrong (1967-1994), a lifelong supporter of USPG, was rector, the Mariners’ Church was closed after a final service on 2 April 1972. A chapel dedicated to Saint Columba, with the altar from altar from the Mariners’ Church, opened in the south transept of Christ Church on 8 June 1975.

Canon Victor George Stacey was rector of Dun Laoghaire from 1995 until he was elected Dean of Saint Patrick’s Cathedral, Dublin in 2012. Dean Stacey retired in 2016 and died last week (30 December 2020). The present Rector of Dún Laoghaire is the Revd Ása Björk Ólafsdóttir. 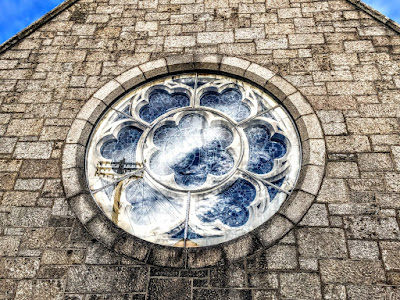