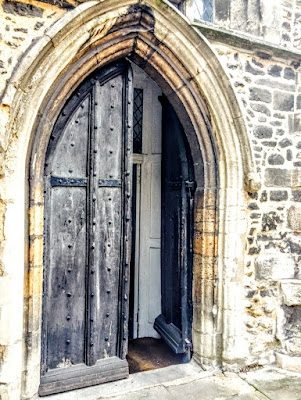 My theme this week is churches in Cambridge that are not college chapels. My photographs this morning (26 August 2021) are from Saint Botolph’s Church on Trumpington Street, at the corner of Silver Street. 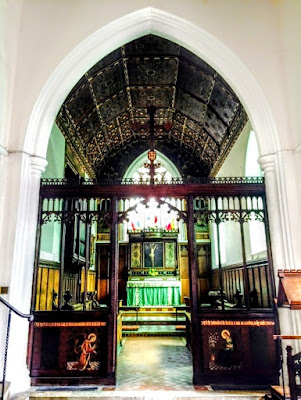 The chancel of Saint Botolph’s was rebuilt by Bodley (Photograph: Patrick Comerford)

Saint Botolph’s Church on Trumpington Street, Cambridge, beside Corpus Christi College and close to Little Saint Mary’s Church, is another Cambridge church associated with the architect George Frederick Bodley (1827-1907). Like All Saints’ Church, it too has windows by the Tractarian artist Charles Eamer Kempe (1837-1907).

Saint Botolph, an abbot from East Anglia who lived in the seventh century, is the patron saint of travellers, and this church once stood at the South Gate or Trumptington Gate of Cambridge, used by travellers arriving from or leaving for London, or travellers from the west who crossed the River Cam where Silver Street Bridge now stands.

There may have been a Saxon church on this site in the past, and it certainly was the site of a Norman church. The nave and aisles of the present church were built in the early 14th century, ca 1320, the period that was influential in Bodley’s design of All Saints’ Church.

The tower was built in the 15th century, as were the west end of the nave, the south chapel and the south porch, as well as the carved rood screen separating the nave from the chancel.

This is the only mediaeval rood screen to survive in an ancient parish church in Cambridge. The panels were painted in the 19th century with images of the Archangel Gabriel (left or north side) and the Virgin Mary (right or south side), and together they tell the story of the Annunciation.

The mediaeval font near the tower and the west porch has an elegant, octagonal Laudian wooden cover and canopy that date from 1637.

Bodley was invited to rebuild the chancel of Saint Botoloph’s in 1872, and he brought with him two local artists, GR Leach, who was also working at All Saints, and G Gray, to carry out the high Victorian decoration of the chancel.

The window shows Saint Botolph between Saint Bernard and Saint Margaret, the two patron saints of Queens’ College, which was patron of the living. Campion was instrumental in bringing Bodley, and Kempe and Leach along with him to work on the restoration of Saint Botolph’s as a result of their work at All Saints’ Church in Jesus Lane.

An earlier association with neighbouring Corpus Christi College is recalled by with the pelican in the Crucifixion window by Kempe in the north aisle. 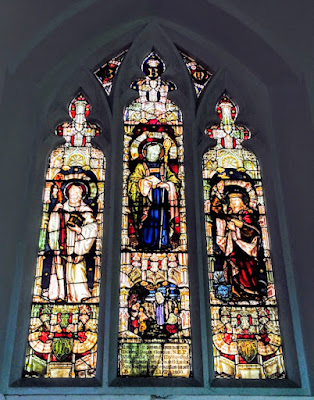 The north window in the chancel commemorates the Revd Dr William Magan Campion (1820-1896), Rector of Saint Botolph’s and President of Queens’ College, who was born in Port Laoise (Photograph: Patrick Comerford)

Bodley’s patron at Saint Botolph’s, William Magan Campion, was born in Ireland. He was born on 28 October 1820, the second son of William Campion of Maryborough (Port Laoise), Co Laois. He was admitted as a pensioner to Queens’ College, Cambridge, in 1845 to read Maths, and was elected a Fellow of Queens’ in 1850, when he was appointed a Lecturer in Mathematics.

He was ordained deacon in 1851 and priest in 1855. However, he was considered too young to become the President of Queens’ College when Joshua King died in 1857.

Campion was finally elected President of Queens’ College in 1892 after the death of George Phillips. But by then he was already old and in poor health. He died in the President’s Lodge at Queens’ College on 20 October 1896 and is buried in the Mill Road Cemetery, Cambridge.

Father Stephen Anderson is the Rector of Saint Botolph’s and Tim Brown is the Interim Director of Music. 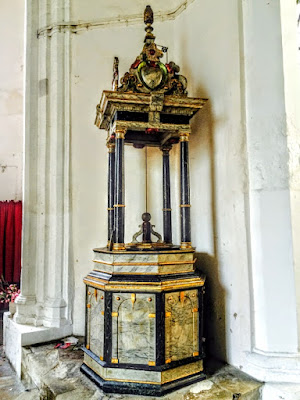 The mediaeval font has a restored Laudian cover and canopy (Photograph: Patrick Comerford)

[Jesus said:] 42 ‘Keep awake therefore, for you do not know on what day your Lord is coming. 43 But understand this: if the owner of the house had known in what part of the night the thief was coming, he would have stayed awake and would not have let his house be broken into. 44 Therefore you also must be ready, for the Son of Man is coming at an unexpected hour.

45 ‘Who then is the faithful and wise slave, whom his master has put in charge of his household, to give the other slaves their allowance of food at the proper time? 46 Blessed is that slave whom his master will find at work when he arrives. 47 Truly I tell you, he will put that one in charge of all his possessions. 48 But if that wicked slave says to himself, “My master is delayed”, 49 and he begins to beat his fellow-slaves, and eats and drinks with drunkards, 50 the master of that slave will come on a day when he does not expect him and at an hour that he does not know. 51 He will cut him in pieces and put him with the hypocrites, where there will be weeping and gnashing of teeth.’ 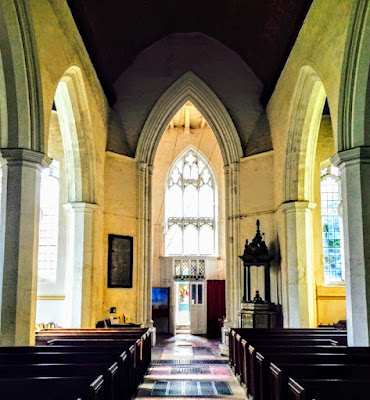 Inside Saint Botolph's, facing the west end and looking out onto Trumpinton Street (Photograph: Patrick Comerofrd)

The Prayer in the USPG Prayer Diary today (26 August 2021) invites us to pray:

Let us pray for those working to make gender equality a reality. May we treat each other with respect and dignity, regardless of gender. 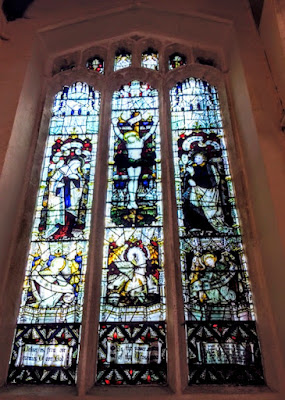 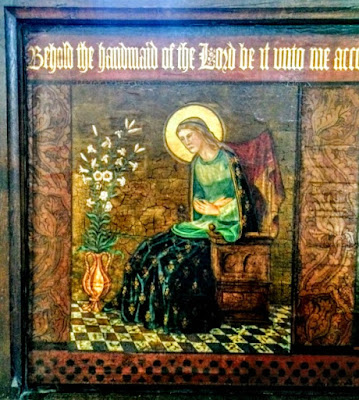 One of the panels on the rood screen, painted in the 19th century with images of the Archangel Gabriel and the Virgin Mary, telling the story of the Annunciation (Photograph: Patrick Comerford)