With the Saints through Christmas (34):
28 January 2022, Saint Paul’s Shipwreck, Valletta 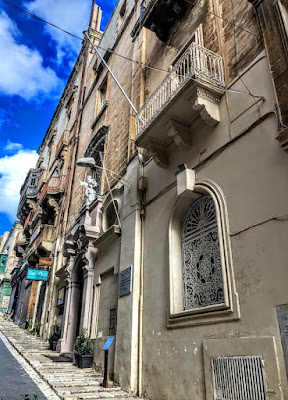 The Church of Saint Paul’s Shipwreck is one of the oldest churches in Valletta (Photograph: Patrick Comerford, 2022)

I am back from Birmingham and returning to Askeaton today. But, before a busy day begins, I am taking some time early this morning for prayer, reflection and reading.

This week, I am continuing to reflect on saints and their association with prominent churches or notable street names in Malta, which I visited last week. Tuesday was the Feast of the Conversion of Saint Paul, and during this week I I have already reflected on Saint Paul’s Church at Saint Paul’s Bay (25 January 2022), Saint Paul’s Pro-Cathedral (Anglican), Valletta (26 January), and Saint Paul’s Cathedral, Mdina (27 January).

Saint Paul the Apostle is patron of Malta, and his shipwreck on Malta is described in the Acts of the Apostles, where Saint Luke writes: ‘After we had reached safety, we then learned that the island was called Malta’ (see Acts 28: 1).

The Church of Saint Paul’s Shipwreck traces its origins to 1570s. It was designed by the Maltese architect Girolamo Cassar, and completed in December 1582. The church was handed over to the Jesuits and a new church was started in 1639.

The church hosts fine artistic works, including a magnificent altarpiece by Matteo Perez d’Aleccio and paintings by Attilio Palombi, and Giuseppe Calì.

A wooden statue of Saint Paul was carved in 1659 by Melchiorre Cafà, a brother of Lorenzo Gafà, who designed the dome. The statue is paraded through the streets of Valletta on the feast day of Saint Paul’s Shipwreck, 10 February, sometimes during heavy rain.

The church also claims to hold the relic of the right wrist-bone of Saint Paul, and part of the column from San Paolo alle Tre Fontane, on which the saint was beheaded in Rome.

The façade of the church was rebuilt in 1885 to a design by Nicholas Zammit.

The church building is listed on the National Inventory of the Cultural Property of the Maltese Islands. 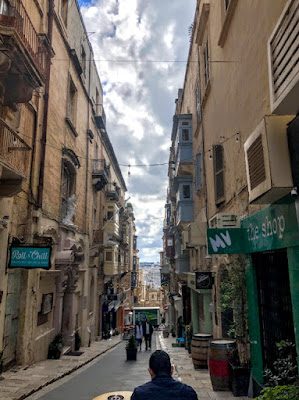 26 He also said, ‘The kingdom of God is as if someone would scatter seed on the ground, 27 and would sleep and rise night and day, and the seed would sprout and grow, he does not know how. 28 The earth produces of itself, first the stalk, then the head, then the full grain in the head. 29 But when the grain is ripe, at once he goes in with his sickle, because the harvest has come.’

33 With many such parables he spoke the word to them, as they were able to hear it; 34he did not speak to them except in parables, but he explained everything in private to his disciples. 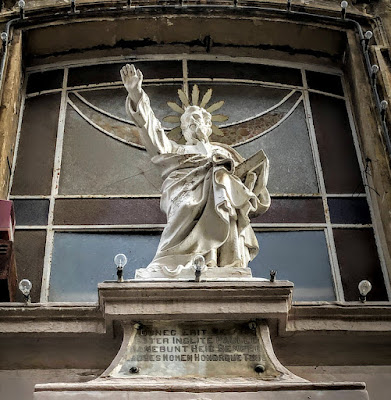 The statue of Saint Paul above the door into the Church of Saint Paul’s Shipwreck (Photograph: Patrick Comerford, 2022)

The Prayer in the USPG Prayer Diary today (28 January 2022) invites us to pray:

Let us pray for the Episcopal Church in Jerusalem and the Middle East, as they spread the Good News in the land of the Holy One. 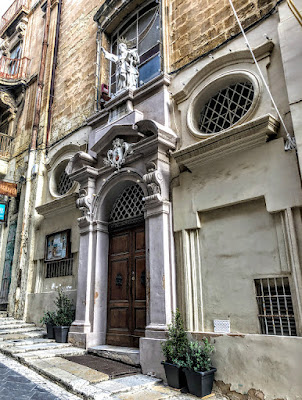 The façade of the church was rebuilt in 1885 to a design by Nicholas Zammit (Photograph: Patrick Comerford, 2022) 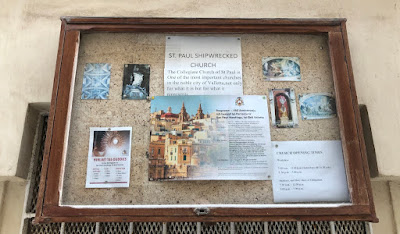 The noticeboard outside the Church of Saint Paul’s Shipwreck (Photograph: Patrick Comerford, 2022)