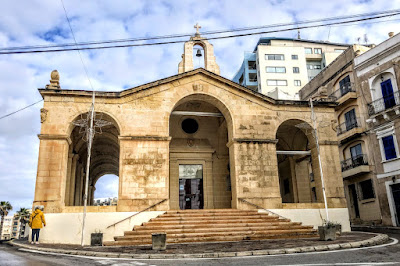 Later this morning, I am taking part in a meeting of the Standing Committee of the General Synod of the Church of Ireland. But, before a busy day begins, I am taking some time early this morning for prayer, reflection and reading.

The town of Saint Paul’s Bay (San Pawl il-Baħar) is about 16 km north-west of Valletta. This is the largest town in the Northern Region and the seat of the Northern Regional Committee, along with being the most populous town in Malta.

The name of the town refers to the shipwreck of Saint Paul as recounted in the Acts of the Apostles on Saint Paul’s Islands near St Paul's Bay, on his voyage from Caesarea to Rome. Saint Paul’s stay is said to have laid the foundations of Christianity on the island.

Saint Luke recounts in Acts 27 to 28 how Saint Paul’s ship was lost at sea for two weeks during winter storms. Eventually, the ship ran aground on the island of Malta and was dashed to pieces by the surf, but all of the occupants survived and made it to shore.

Saint Paul’s Island, an uninhabited, rocky islet at the entrance to Saint Paul’s Bay, is thought to be the site where the ship wrecked. Acts 27: 41 states the ship ran aground on a piece of land ‘with sea on both sides.’

Saint Paul’s Shipwreck Church stands on the water’s edge in the town of Saint Paul’s Bay. The church is also known as St. Paul’s Bonfire Church and commemorates the traditional site where the shipwreck survivors, including Saint Paul, swam ashore and a bonfire was built for them.

The church was first built in the 14th century, but was rebuilt after a bomb destroyed the original building during World War II. The parish is run by the Franciscan Conventuals. 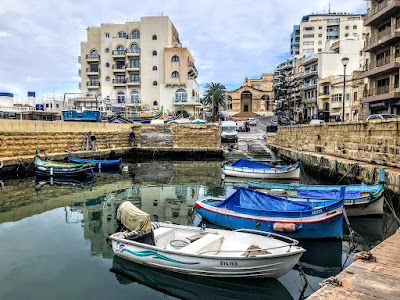 Saint Paul’s Church above the Menqa or boat shelter at the harbour in Saint Paul’s Bay (Photograph: Patrick Comerford, 2022)

1 Meanwhile Saul, still breathing threats and murder against the disciples of the Lord, went to the high priest 2 and asked him for letters to the synagogues at Damascus, so that if he found any who belonged to the Way, men or women, he might bring them bound to Jerusalem. 3 Now as he was going along and approaching Damascus, suddenly a light from heaven flashed around him. 4 He fell to the ground and heard a voice saying to him, ‘Saul, Saul, why do you persecute me?’ 5 He asked, ‘Who are you, Lord?’ The reply came, ‘I am Jesus, whom you are persecuting. 6 But get up and enter the city, and you will be told what you are to do.’ 7 The men who were travelling with him stood speechless because they heard the voice but saw no one. 8 Saul got up from the ground, and though his eyes were open, he could see nothing; so they led him by the hand and brought him into Damascus. 9 For three days he was without sight, and neither ate nor drank.

10 Now there was a disciple in Damascus named Ananias. The Lord said to him in a vision, ‘Ananias.’ He answered, ‘Here I am, Lord.’ 11 The Lord said to him, ‘Get up and go to the street called Straight, and at the house of Judas look for a man of Tarsus named Saul. At this moment he is praying, 12 and he has seen in a vision a man named Ananias come in and lay his hands on him so that he might regain his sight.’ 13 But Ananias answered, ‘Lord, I have heard from many about this man, how much evil he has done to your saints in Jerusalem; 14 and here he has authority from the chief priests to bind all who invoke your name.’ 15 But the Lord said to him, ‘Go, for he is an instrument whom I have chosen to bring my name before Gentiles and kings and before the people of Israel; 16 I myself will show him how much he must suffer for the sake of my name.’ 17 So Ananias went and entered the house. He laid his hands on Saul and said, ‘Brother Saul, the Lord Jesus, who appeared to you on your way here, has sent me so that you may regain your sight and be filled with the Holy Spirit.’ 18 And immediately something like scales fell from his eyes, and his sight was restored. Then he got up and was baptized, 19 and after taking some food, he regained his strength.

For several days he was with the disciples in Damascus, 20 and immediately he began to proclaim Jesus in the synagogues, saying, ‘He is the Son of God.’ 21 All who heard him were amazed and said, ‘Is not this the man who made havoc in Jerusalem among those who invoked this name? And has he not come here for the purpose of bringing them bound before the chief priests?’ 22 Saul became increasingly more powerful and confounded the Jews who lived in Damascus by proving that Jesus was the Messiah.

27 Then Peter said in reply, ‘Look, we have left everything and followed you. What then will we have?’ 28 Jesus said to them, ‘Truly I tell you, at the renewal of all things, when the Son of Man is seated on the throne of his glory, you who have followed me will also sit on twelve thrones, judging the twelve tribes of Israel. 29 And everyone who has left houses or brothers or sisters or father or mother or children or fields, for my name’s sake, will receive a hundredfold, and will inherit eternal life. 30 But many who are first will be last, and the last will be first. 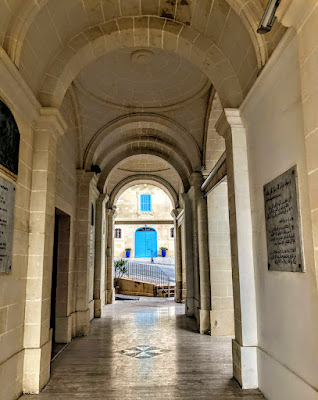 The Prayer in the USPG Prayer Diary today (25 January 2022) invites us to pray: