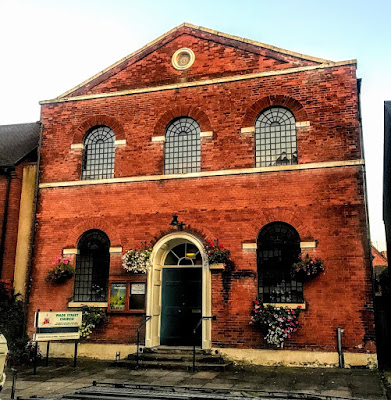 Wade Street Church in Lichfield represents a tradition dating back to the 1670s (Photograph: Patrick Comerford)

In the Church Calendar, today is the Feast of Saint Simon and Saint Jude, Apostles (28 October 2021).

This week’s theme of Lichfield churches, which I began with Saint Chad’s Church on Sunday, included Saint Mary’s Church on Monday, Saint Michael’s Church on Tuesday, and Christ Church, Leomansley, yesterday, and continues this morning (28 October 2021) with photographs from Wade Street Church. 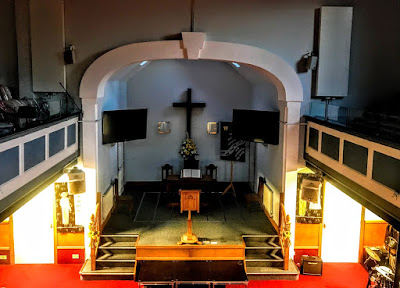 Wade Street Church represents the continuity of a religious tradition that dates back to 1672, when five houses in Lichfield were licensed for Presbyterian worship. The Congregationalists met in Tunstall’s Yard in 1790, grew into the United Reformed Church in Wade Street, which is now both a United Reformed and a Baptist church.

The entry for his burial at Saint Chad’s Church reads: ‘buried Henry Fairbrother, an exemplary young man until driven to despair and suicide by the denunciation of the people called “Methodists”.’

Of course, the Congregationalists were not Methodists, but at the time the two groups were often confused by many people in Lichfield.

The Revd Ian Hayter is the minister of Wade Street Church. The church and its halls are used today by a variety of community groups, including Lichfield Civic Trust, who hosted my lecture, as well as the Cathedral Chorus, the Wildlife Folk, Weightwatchers and the Food Bank. 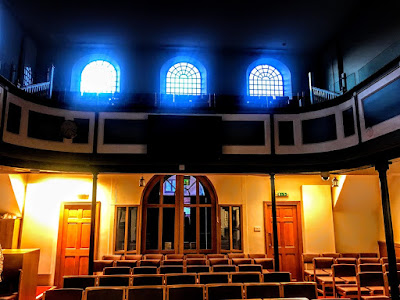 26 ‘When the Advocate comes, whom I will send to you from the Father, the Spirit of truth who comes from the Father, he will testify on my behalf. 27 You also are to testify because you have been with me from the beginning.’ 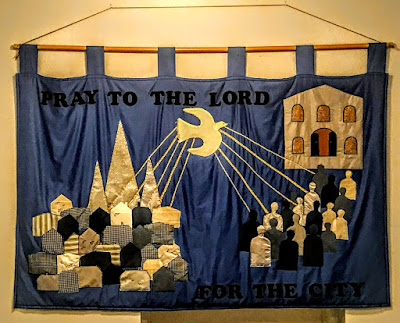 ‘Pray to the Lord for the City’ … Lichfield Cathedral and the city on a banner in Wade Street Church (Photograph: Patrick Comerford)

The Prayer in the USPG Prayer Diary today (28 October 2021, Saint Simon and Saint Jude, Apostles) invites us to pray:

Let us give thanks for the lives of Saint Simon and Saint Jude. May we strive to emulate their zeal and hope. 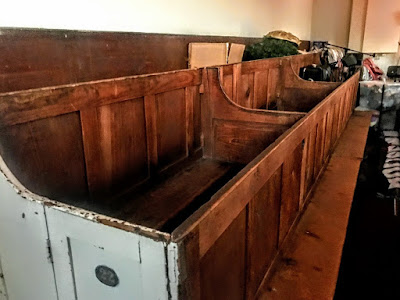 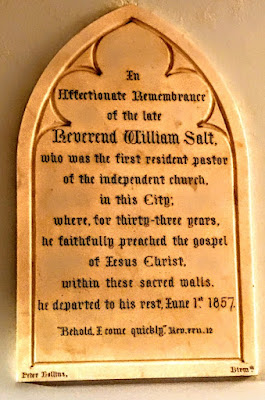 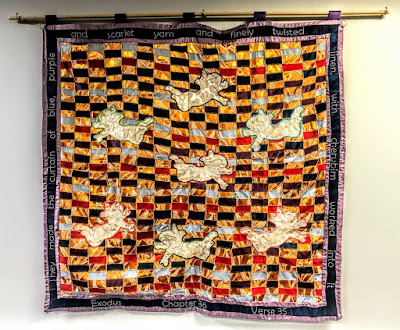