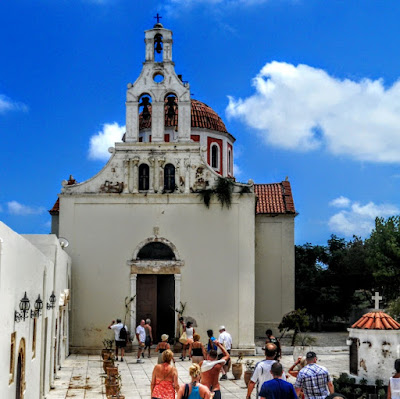 Moni Arsanios in the village of Pagalohori dates from the 16th century (Photograph: Patrick Comerford)

My photographs this morning (29 June 2021) are from the Monastery of Arsanios, near Rethymnon, continuing a week of photographs from monasteries in Crete.

Moni Arsanios or the Monastery of Saint George dates from the 16th century (Photograph: Patrick Comerford)

Moni Arsanios (Μονή Αρσανίου) or the Monastery of Saint George at the village of Pagalohori, 11 km east of Rethymnon, dates from the 16th century. Below, there are panoramic views out to the Cretan Sea; above are views up to Mount Psiloritis, the highest mountain on the island.

The monastery probably takes its name from a monk called Arsenios, who built the monastery in the 16th century.

The katholikon was dedicated to Saint George in 1600. When The Turks occupied Rethymnon in 1646, the monastery may have been deserted. Bishop Neophytos Patelaros put the monastery under the protection of the Ecumenical Patriarchate in 1655, and the Stavropegic and Patriarchal status of Arsaniou was reconfirmed in 1778 and again in 1850.

Despite the protection of the Patriarch of Constantinople gave to the monastery with this Stavropegic status, it did not protect it from natural and political calamities. Many of the cells of the monastery collapsed under a strong earthquake in 1856, and ten years later, in 1866, the Turks destroyed what they could in the monastery to punish the monks for their revolutionary activities.

Along with visitors who come to the conference centre and museum, the monastery has a steady daily trickle of tourists in normal summers, outside Covid time. But the future of Moni Arsanios must be a matter of faith today. When I last visited, there were only three monks living permanently there. The two I met were in their mid-80s, the third monk was then in his mid-40s. 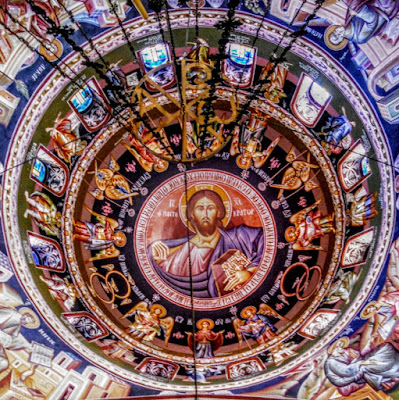 The Pantokrator in the dome of the katholikon in Moni Arsanios (Photograph: Patrick Comerford)

13 Now when Jesus came into the district of Caesarea Philippi, he asked his disciples, ‘Who do people say that the Son of Man is?’ 14 And they said, ‘Some say John the Baptist, but others Elijah, and still others Jeremiah or one of the prophets.’ 15He said to them, ‘But who do you say that I am?’ 16 Simon Peter answered, ‘You are the Messiah, the Son of the living God.’ 17 And Jesus answered him, ‘Blessed are you, Simon son of Jonah! For flesh and blood has not revealed this to you, but my Father in heaven. 18 And I tell you, you are Peter, and on this rock I will build my church, and the gates of Hades will not prevail against it. 19 I will give you the keys of the kingdom of heaven, and whatever you bind on earth will be bound in heaven, and whatever you loose on earth will be loosed in heaven.’ 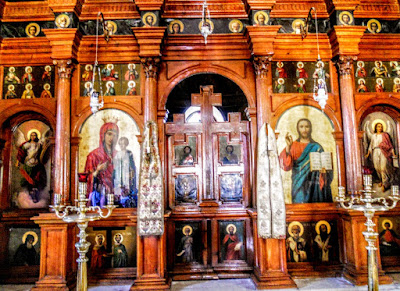 The fine carved wooden ikonostasis or icon screen in the katholikon or main church of the monastery (Photograph: Patrick Comerford)


Prayer in the USPG Prayer Diary:

The Prayer in the USPG Prayer Diary today (29 June 2021, Saint Peter and Saint Paul) invites us to pray:

Almighty Father, let us remember the examples of Saint Peter and Saint Paul, two of your most loyal disciples. May we seek to emulate the conviction of their faith through our deeds and words. 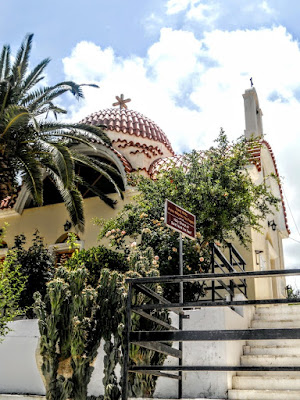 A smaller church in the monastery is dedicated to Saint Mark the Deaf (Photograph: Patrick Comerford) 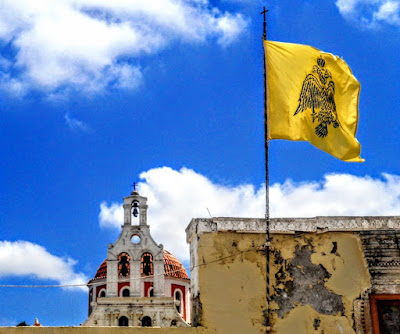 The Stavropegic status of Moni Arsanios did not protect he monastery from natural and political calamities (Photograph: Patrick Comerford)