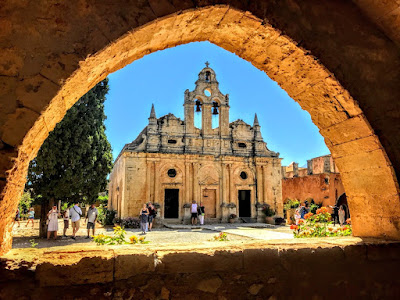 The Monastery of Arkadi has a special place in the heart of all Cretans (Photograph: Patrick Comerford)

This week is Holy Week in the Orthodox Church, tomorrow (2 May) is Easter Day, and this year also (2021) marks the 200th anniversary of Greek War of Independence. My photographs this morning (1 May 2021) are from the Monastery of Arkadia in Crete, which is closely identified by people in Crete with the struggle for Greek Independence.

Arkadi stands on a fertile plateau in the foothills of Psilorítis, 23 km south-east of Rethymnon. I regularly visit this monastery when I am staying in Rethymnon, and it is a pleasant journey from Platanes up through the bright mountain villages of Adele, Pigi, Loutra, Pigi and Kirianna, taking about half an hour through olive groves and vineyards, and along the side of the Arkadi Gorge.

Today there only three monks living in the monastery. But despite the constant arrival of tourists and visitors and the dwindling number of monks, this remains a working monastery.

A new museum opened in Arkadi in 2016. Although most visitors want to see display items that tell the story of the horrific events over a century and a half ago, the museum includes books from the monastery library, icons, the liturgical items, vestments, stoles, patens, chalices and crosses.

Arkadi once featured on the Greek 100 Drachmai banknote, and the monastery’s image has been restored to popular currency with the issue of 750,000 new €2 coins in Greece in 2016 to commemorate the 150th anniversary of the destruction of Arkadi in 1866.

One side of the coin shows the monastery with inscriptions bearing its name and the name of Greece in Greek, along with the monogram of the artist George Stamatopoulos.

The journey back down from Arkadi has taken me through the villages of Roupes and Nea Magnisia, which takes its name from the classical Greek city near Ephesus in western Anatolia. The village was founded by Greek-speaking refugees, expelled from present-day Manisa, about 65 km north-east of Smyrna in Turkey in the 1920s – a reminder that the conflicts that almost destroyed Arkadia in 1866 continued for decades after. 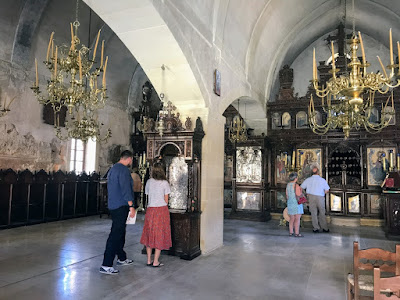 The main church in Arkadi is unusual for its double-aisled interior (Photograph: Patrick Comerford)

[Jesus said,] 1 ‘Do not let your hearts be troubled. Believe in God, believe also in me. 2 In my Father’s house there are many dwelling-places. If it were not so, would I have told you that I go to prepare a place for you? 3 And if I go and prepare a place for you, I will come again and will take you to myself, so that where I am, there you may be also. 4 And you know the way to the place where I am going.’ 5 Thomas said to him, ‘Lord, we do not know where you are going. How can we know the way?’ 6 Jesus said to him, ‘I am the way, and the truth, and the life. No one comes to the Father except through me. 7 If you know me, you will know my Father also. From now on you do know him and have seen him.’ 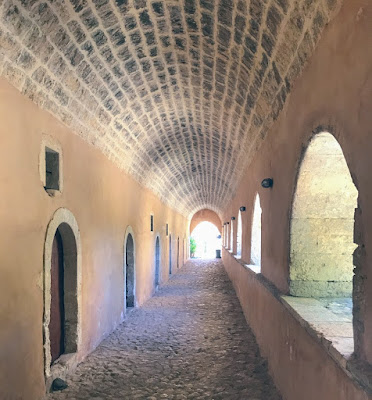 In the monastic cloisters in Arkadi (Photograph: Patrick Comerford)

The Prayer in the USPG Prayer Diary today (1 May 2021, Saint Philip and Saint James) invites us to pray:

Let us give thanks for the life and works of the apostles Philip and James. 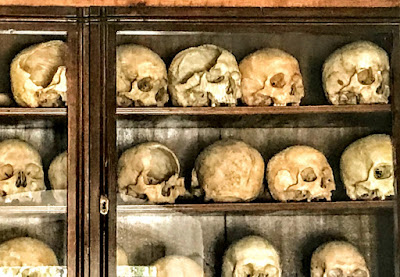 Skulls in the ossuary in Arkadi Monastery from a battle in 1866 during the Turkish occupation of Crete, when hundreds of people died (Photograph: Patrick Comerford) 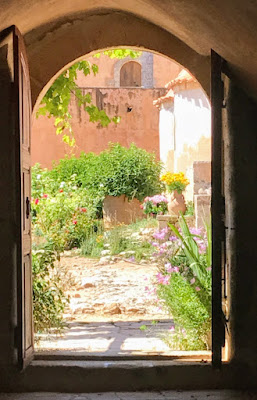 The garden in the cloisters in Arkadi Monastery in the mountains above Rethymnon in Crete (Photograph: Patrick Comerford)