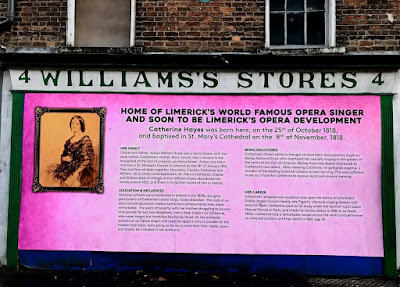 Remembering Catherine Dolan in her childhood home opposite the Hunt Museum 200 years after she was born in Limerick (Photograph: Patrick Comerford, 2018)

A large banner outside the former William’s Stores in Patrick Street, Limerick, is a reminder to all that this now derelict building was once home to Limerick’s world-famous opera singer Catherine Hayes and this building is part of Limerick’s planned ‘Opera Development.’

Catherine’s father, Arthur William Hayes, was a bandmaster in the local militia. Her mother, Mary Carroll, was a servant in household of the Earl of Limerick on Henry Street. Arthur and Mary were married in Saint Michael’s Church, Limerick, on 18 January 1815. They were the parents of four children: Henrietta, Charles, Catherine and William.

All four children were baptised in Saint Mary’s Cathedral, but the two boys, Charles and William, died in infancy. Arthur William Hayes abandoned his young family around 1823. There is no further record of him in Ireland, and Mary was left to struggle to bring up two small girls.

She never forgot those years and her family’s plight and her humble origins when she later achieved international fame as an opera singer. She provided for her mother and sister, and insisted in her contracts that their needs, room and board were included. 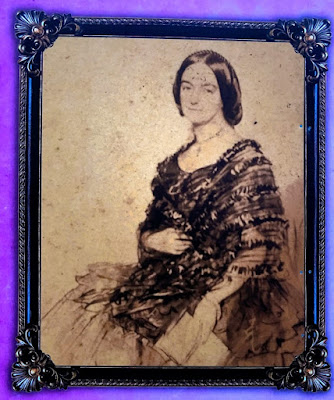 Catherine Dolan was baptised in Saint Mary’s Cathedral,in her childhood home opposite the Hunt Museum 200 years after she was born in Limerick (Photograph: Patrick Comerford, 2018)

Catherine’s talents are thought to have been first discovered by Bishop Edmund Knox (1772-1849), the Church of Ireland Bishop of Limerick (1834-1849), when he heard her singing in the garden of the Earl of Limerick.

Bishop Knox was impressed by Catherine’s raw talent. After meeting her, he gathered together a number of leading Limerick citizens to hear her sing. This was sufficient to set up a fund for Catherine to receive vocal and music training.

Catherine’s progress was excellent, and on the advice of a prominent Dublin-based musical family, the Pigotts, she took singing lessons with Antonio Sopio. She then went on to study in Paris under the Spanish vocal coach Manuel Garcia, and she made her Italian debut in 1845 in La Scala.

She had a remarkable career across the world, singing in the European opera houses from La Scala in Milan to Covent Garden. She performed to universal acclaim, contributing to the culture of Europe, until she died in 1861 at the age of 42.

The name of Catherine Hayes was once synonymous with Limerick, and she was a contemporary of Jenny Lind. However, unlike Jenny Lind, she has not retained that worldwide recognition, and she has all but disappeared from Limerick’s known heritage.

A Gala Concert celebrating the 200-year anniversary of Catherine Hayes takes place in Saint Mary’s Cathedral, Limerick, on Thursday next [8 November 2018] at 8 p.m.

The concert aims to reintroduce the story of Catherine Hayes and to give her deserved recognition in her home city. Her story will surprise, fascinate, educate and stir debate.

The concert will include selections from operas by Bellini, Donizetti and Verdi and some favoured Irish art aongs by Thomas Moore, Balfe and GA Osborne, who was the organist in Saint Mary’s Cathedral during her lifetime, as well as her party piece, ‘Kathleen Mavourneen’.

In addition, there is a fundraising supper earlier that evening at the Hunt Museum at 6 p.m. Tickets are €75 and include concert tickets, and proceeds from the combined ticket will go towards planned Hunt Museum refurbishment works.

Tickets are available from the Hunt Museum, Dolans and Dolans.ie 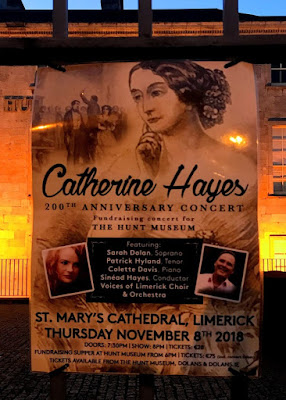 Great that she is been remembered.

I remember her well

Have you read basil Walsh biography of 2000