Tales of the Viennese Jews:
2, a ‘positively rabbinic’
portrait of an Anglican dean 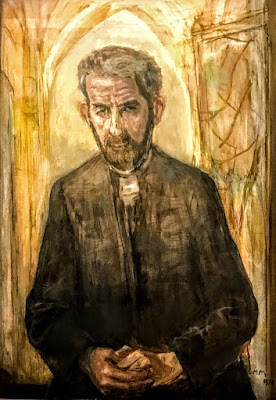 A portrait of Dean Viktor de Waal by Marie-Louise von Motesiczky (1979) in oil on canvas and on loan from Canterbury Cathedral to the Jewish Museum in Vienna (Photograph: Patrick Comerford, 2019)

One of the exhibitions in the Jewish Museum on Dorotheergasse tells the story of the Ephrussi family, who are descended from Chaim Ephrussi (1793-1864), also known as Joachim or Charles Joachim Ephrussi, who arrived in Odessa from Berdychiv in west Ukraine, around 1830, and soon had interests in the grain trade, banking and other businesses.

Joachim Ephrussi established his business interests in Vienna around 1856, and the family soon spread throughout the world, with strong business, commercial and cultural interests around the globe. 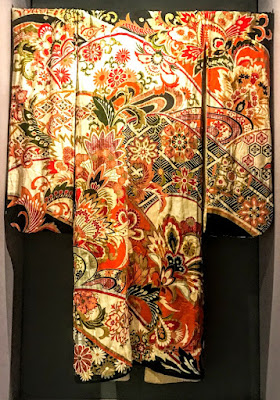 Charles Ephrussi began collecting Japanese art in the late 19th century. He acquired the now famous Netsuke collection from an art dealer in Paris in 1899, and gave it to his cousin Viktor Ephrussi in Vienna.

But the collection was confiscated by the Nazis in Vienna in 1938 and Viktor Ephrussi escaped from Vienna in March 1939, having been forced by the Gestapo to sign away his properties.

Viktor Ephrussi arrived in England, where his daughter, Elisabeth de Waal (1889-1991), had made her home. The family settled in Tunbridge Wells, and there Viktor died on 12 March 1945. In his will, he revoked signing away his properties in Vienna.

After her father’s death, Elisabeth de Waal made a new life for herself and her family in England, and she became a member of the Church of England when she married Hendrick de Waal. She died in Monmouth in 1991.

Their eldest son, the Very Revd Viktor de Waal, was ordained an Anglican priest and later became the Dean of Canterbury (1976-1986). He now works with refugees.

One of the portraits in the exhibition is a portrait of Dean de Wall by Marie-Louise von Motesiczky (1979) in oil on canvas and on loan from Canterbury Cathedral.

Dean de Waal says that when this portrait ‘was finished (and of course I had not been allowed to glimpse it before) was really very revealing. Though of a Christian clergyman, it shows my Jewish roots, to the extent that it appeared positively rabbinic.’

Meanwhile, Viktor Ephrussi’s Netsuke collection of Japanese art found its way back to Japan in 1950 when it was restored to his son Ignaz (Iggie) Ephrussi (1906-1994), who had moved to Tokyo in 1948, and who lived in Japan until he died in 1994.

The collection was brought to England by Elisabeth’s grandson, the English potter Edmund de Waal. He began to reconstruct the story of the Ephrussi family, which he tells in his book, The Hare with Amber Eyes. 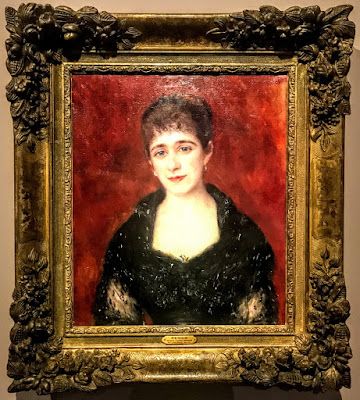