An afternoon stop
for coffee with
a High Nelly at Kilduff 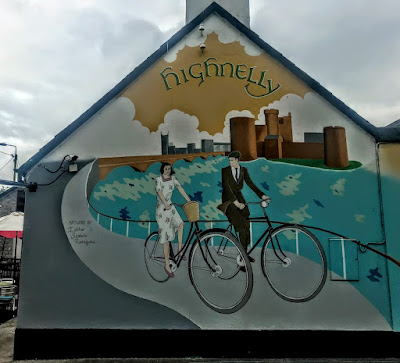 On the way … at the High Nelly Coffee Shop and Bar at Kilduff, near Pallasgreen, Co Limerick (Photograph: Patrick Comerford, 2019)

Two of us travelled through East Co Limerick at the weekend, looking for hidden churches, ruined castles, crumbling tower houses and old thatched pubs in the country lanes and at the crossroads.

At Kilduff, south of Pallasgreen, we stopped for coffee in a most unusual coffee shop: the High Nelly Centre Coffee Shop and Bar, on the main road from Limerick to Waterford.

High Nelly Bikes was set up as a family business many years ago to refurbish vintage bicycles from scrap condition, bringing them back to the splendour of the day they came out of a country hardware store, 60 to 100 years ago.

The ‘High Nelly’ bicycle was more than a popular of transport in Ireland until the late 1950s, but was also part of family life for many people, even in my childhood.

The Mannering family business began restoring, touching up and selling ‘High Nelly’ bikes in Cappamore. The business expanded, developing a reputation as electric bicycle specialists, and adding other specialist areas, including Flooding bikes such as Bromptons and Moultons. 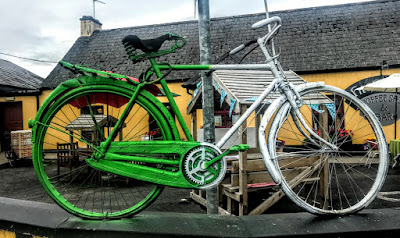 A High Nelly at the High Nelly Coffee Shop and Bar in Kilduff (Photograph: Patrick Comerford, 2019)

For the past three years, the coffee bar in an old pub in Kilduff has been developing and thriving. The pub was bought to house the family business in 2016, the function room converted into a workshop, but the bar continued to function.

Since then, the place has developed its own reputation for afternoon teas, all within the context of an intriguing bike museum, and live music on Saturday nights. The bar is stocked with a large range of non-alcoholic beers and wines, so that beer and bike provide a real, sociable alternative to drink and drive.

Later this month (23 to 25 August), the pub with a vintage bicycle museum is hosting the Pallasgreen Summer Music Festival, with an exciting weekend of live music at the High Nelly Coffee Bar. The performing artists include Denis Allen, writer of ‘Limerick you’re a Lady,’ John Spillane, two-time Meteor award winner, and Luke Bloom. 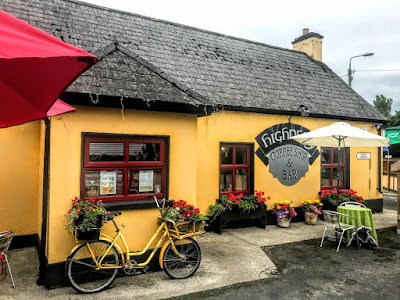