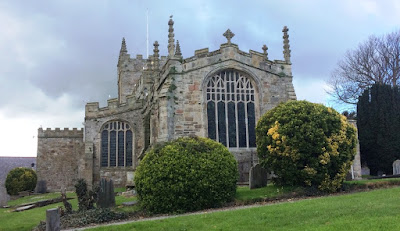 The mediaeval Church of Saint Mary and Saint Nicholas, the 14th century parish church in Beaumaris on the Island of Anglesey (Photograph: Patrick Comerford)

This looks like a busy day, with a meeting of the Standing Committee of the Church of Ireland expected to last for most of the morning.

My theme on this prayer diary for the rest of this week is cathedrals and churches in Wales. As part of my reflections and this prayer diary this morning, my photographs today (16 November 2021) are of the Church of Saint Mary and Saint Nicholas, the 14th century parish church in Beaumaris. 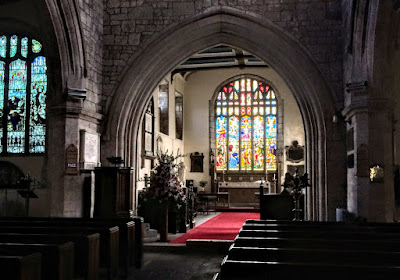 Inside the Church of Saint Mary and Saint Nicholas in Beaumaris (Photograph: Patrick Comerford)

The Church of Saint Mary and Saint Nicholas, the parish church in Beaumaris on the Island of Anglesey, is a Grade I listed building, and was first built ca 1330 to serve the newly-founded town.

At the Reformation and the dissolution of the monastic houses, the Friary at Llanfaes was suppressed in 1537. For years, Joan’s tomb was lost. Centuries later, it was found in Beaumaris, being used as a water trough for horses. It was rescued and moved into the parish church in Beaumaris.

At the west end of the north aisle is the impressive alabaster altar tomb of William Bulkeley, who died in 1490, and his wife Elin, daughter of Gwilym ap Gruffydd of Penrhyn. The tomb is made of Midlands alabaster, probably from the area around Derby and Nottingham, and the alabaster figures of William and Elin are side-by-side. William is wearing a light helmet, and his feet are resting on an heraldic lion. Around its base, the tomb is decorated with figures representing bishops and saints, including Saint Christopher.

The church also has a unique collection of misericords dating from the late 15th and early 16th century, although eight are replacements made in 1902. These carved misericords decorate the undersides of the seats in the choir stalls. Many of the misericords carry a moral message, but others simply depict scenes from daily life. 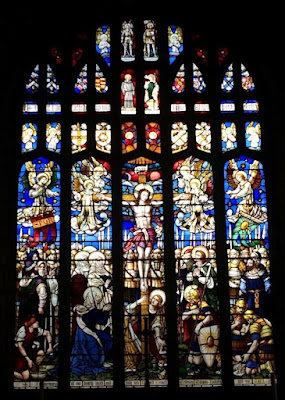 The East Window by Clayton and Bell … note the Crucified Christ has no beard (Photograph: Patrick Comerford)

The church also has a large collection of interesting stained-glass windows.

The original East Window of mediaeval glass was destroyed by the Puritans during the Cromwellian era in the mid-17th century. The East Window, by Clayton and Bell, commemorates Richard Gerard Wellesley Williams-Bulkeley, killed in 1918 during World War I. An interesting detail in this Crucifixion scene is that Christ has no beard.

The window in the east wall of the south aisle, depicting the Adoration of the Christ Child by the Shepherds, with Saint David and Saint Nicholas on each side, is by Charles Eamer Kempe (1904).

The three-light window in the south wall of the chancel shows the Virgin and Child with Archangels and Magi. This window (1923) is the work Kempe’s pupil, John CN Bewsey. In the top portion of the window, the three panels show the Virgin Mary standing with the Christ Child close to her bosom, and the Archangel Gabriel and the Archangel Michael; the lower portion depicts the Virgin Mary sitting or enthroned, with the Christ Child on her lap and the Wise Men presenting their gifts of gold, frankincense and myrrh (see Matthew 2: 11). Madonna.

Many of the other furnishings, including the font and pews, date from a major restoration carried out in 1902. Members of the Bulkeley family are commemorated in the chancel and the sanctuary, including the last Viscount Bulkeley, a generous benefactor of the church, who died in 1822. 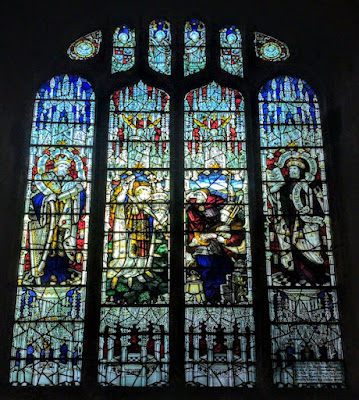 The window depicting the Adoration of the Christ Child by the Shepherds, with Saint David and Saint Nicholas on each side, is by Charles Eamer Kempe (Photograph: Patrick Comerford) 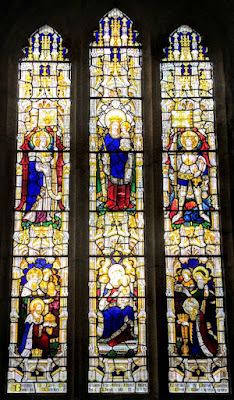 The three-light window showing the Virgin and Child with the Archangels and the Magi (1923) by John CN Bewsey (Photograph: Patrick Comerford)

The Prayer in the USPG Prayer Diary today (16 November 2021, International Day of Tolerance) invites us to pray:

Let us pray for a more tolerant world, in which difference is celebrated and experience is valued. 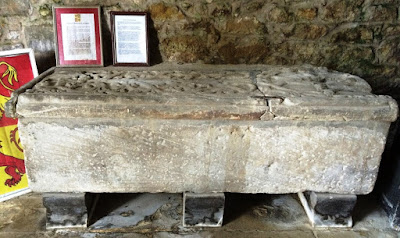 The stone tomb of Princess Joan of Wales inside the south porch (Photograph: Patrick Comerford) 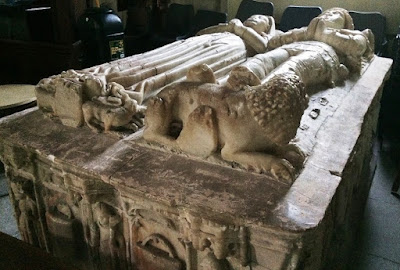 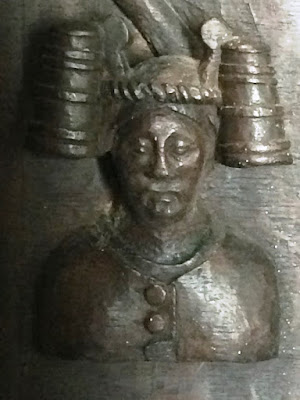 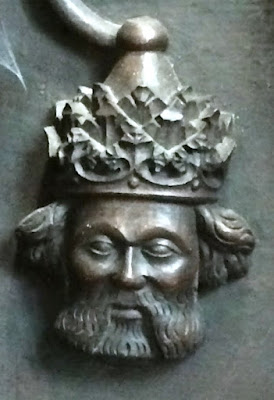 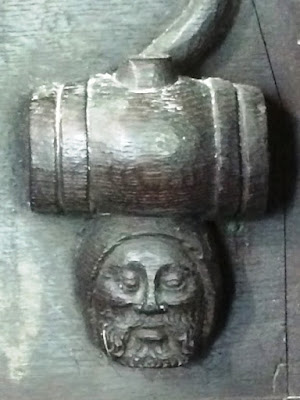 The misericords in Beaumaris date from the late 15th and early 16th century (Photographs: Patrick Comerford)