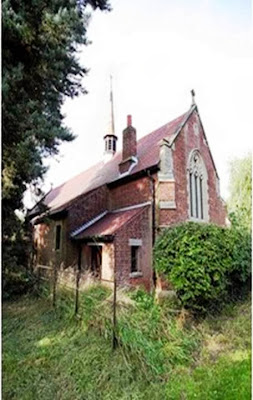 The Church of Saint Mary and Saint George in Comberford is due to be close this evening (Photograph: Tamworth Herald)

Despite the efforts, prayers and protests of many of the residents of Comberford village in Staffordshire, the Church of Saint Mary and Saint George in Comberford is due to close after a final Harvest Thanksgiving Service in the church this evening [Sunday 13 October 2013].

The small, picturesque church, east of Lichfield and north of Tamworth, was donated to the people of Comberford by Howard Francis Paget (1858-1935) of Elford Hall. The first stone was laid at a special ceremony in 1914 and the building was completed in 1915.

A letter written on behalf of members of the congregation and published in the Tamworth Herald on Friday [11 October 2013] says: “It is a great pity that the church is to shut when it is so close to its centenary.”

The parishioners point out in their letter regular services have been held, in the church twice a month, with an evening service every second Sunday and a 9 a.m. Holy Communion on the last Sunday of every month.

“The running costs for this particular building do not run into thousands, accounting ought to be more precise on this issue,” the parishioners say in their letter.

They point out that many local people, including some who do not attend the church, have contributed large sums of money that have been invested in the building. They say future minor work had been outlined with plans to continue to generate funds.

“Unfortunately, the announcement to close the church left people feeling that their contributions were a waste of time” and so they “gave up their efforts.”

Despite claims to the contrary, they say the congregation in Comberford was growing year-on-year with special events attracting man visitors. However, “the news regarding closure from early this year left the congregation not knowing what was happening, which resulted in falling numbers.”

Responding to earlier reports in the Tamworth Herald that only one resident was upset at the closure, they say “this is misleading as many were and still are upset, however, their pleas to keep the church open continue to fall on deaf ears.”

They say the church in Comberford “will be sadly missed, not just as a place for worship but as a public space for the residents of the village who have used the church to attend meetings regarding issues important to them in their community.” 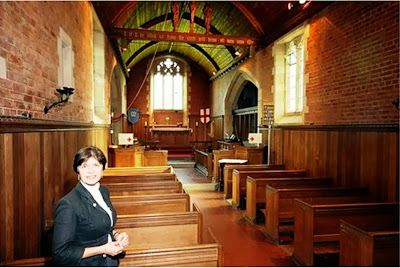 The Bishop of Wolverhampton, the Right Revd Clive Gregory, is taking part in this evening’s service. The resident say his presence “is welcome,” but go on to say “it is a pity a bishop did not attend when the church was full to overflowing. The congregation extends beyond the immediate houses in the vicinity.”

They say the residents of received letters about the closure of the church only “after the announcement had been made.”

One resident of Comberford, Dr Joanne Cliffe, told me at the weekend: “If I had been allowed the challenge I would have made the church a success! We had a growing visible and active presence in the church but the bottom line is they don’t want it and they don’t want to know.” 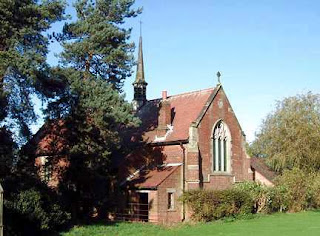 Bishop Clive Gregory, who is the Area Bishop on the Diocese of Lichfield responsible for the Deanery of Tamworth, has thanked Dr Cliffe for her “unstinting efforts to support the church in its life and ministry.”

In a letter to Dr Cliffe, Bishop Gregory says he “can empathise greatly with the pain that you must be experiencing at this time, given the strength of the emotional and spiritual ties that you must have with the church and all you have given in its service.” He adds: “It is always a sad day when a church closes its doors for worship.”

However, the bishop makes clear his support for the decision taken by the PCC, “difficult and painful though the consequences are.”

He says the main reason for this support is the desire of the Diocese of Lichfield “to ‘Go for Growth’.”

“At a time when resources are diminishing (in terms of stipendiary clergy and finances) and congregations are struggling to attract new members, I am supportive of the view that we must concentrate our resources (both in terms of people and finance) on church communities which are sustainable and which have realistic potential for significant growth.”

He says the core congregation at Saint Mary and Saint George “consists of just a handful of people from two families. The changed demographic within the village means that there are very few children and younger adults and clearly the older and retired residents continue not to be supportive of the church in terms of regular attendance and commitment.”

He goes on to say that he would “encourage ... the faithful few in the village ... to focus now on how you can maintain a visible and active Christian presence in the village.”

Meanwhile, Bishop Gregory says that when he comes to take the service in Comberford this evening: “I will be most mindful of the pain that the occasion will bring ... and I will certainly acknowledge that. I hope too though that we will be able to give thanks for all that has been enabled through the life of the church.”

The last service in the Church of Saint Mary and Saint George takes place in Comberford this evening [Sunday, 13 October 2013], at 6 pm. The service, led by Bishop of Wolverhampton, the Right Revd Clive Gregory, will follow the theme of Harvest Festival but has also been announced as a celebration of the life of the church for almost 100 years. All are welcome to attend and refreshments will be served after the service.

Meanwhile, the future of the building that has served this village for almost a century is unknown. 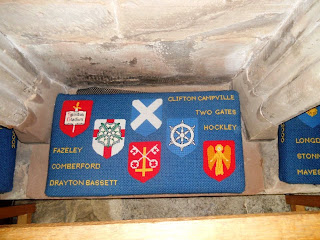 Posted by Patrick Comerford at 14:57