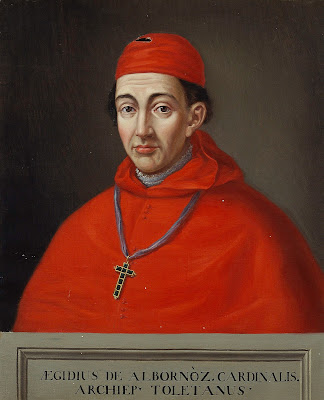 The red hat of a 14th century Spanish cardinal gave its name to the Al Cappello Rosso Hotel, where I am staying in Bologna this week. The hat in question belonged to Cardinal Gil Álvarez Carrillo de Albornoz (1310-1367), who is known in Italian as Cardinal Egidio Albornoz.

Cardinal Albornoz was born at Carrascosa del Campo in the early 14th century. He was the son of Gil Állvarez de Albornoz and of Doña Teresa de Luna. His father was a descendant of King Alfonso V of Leon, his mother belonged to the royal house of Aragon, while his uncle, Jimeno de Luna, was Archbishop of Toledo.

He was educated at Zaragoza, while his uncle was the Bishop of Zaragoza, and later he studied law in Toulouse.

The power and influence of his family secured him an early career in Church and State. While he was still in his 20s, he was appointed Archdeacon of Calatrava and to the King’s Council while young.

In 1338, when he was still only 28, he succeeded his uncle as Archbishop of Toledo through the patronage of King Alfonso XI of Castile. Two years later, at the battle of Rio Salado in 1340, he successfully fought against a Muslim invading force from Morocco, and at the capture of Algeciras in 1344 he commanded an armed force he had been raised in his diocese.

Meanwhile, as Archbishop of Toledo he convened two reform synods, one at Toledo in 1339, the other at Alcalá in 1347.

At the same time, he was advancing in his diplomatic career, and in 1343 he was sent to Pope Clement VI at Avignon in to negotiate a grant of a tax on the revenues of the Church for the Crusade. But Archbishop Albornoz left Spain when King Alfonso XI died in 1350, and never returned. It was said that he was fleeing King Pedro ‘the Cruel’ of Castile. 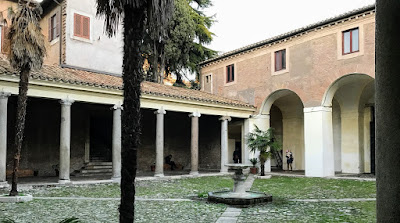 His military and diplomatic ability soon came to the attention of the Pope, who made him the cardinal-priest of San Clemente in Rome in December 1350, and he then resigned as Archbishop of Toledo.

Two years later, after the election of Pope Innocent VI in December 1352, he was appointed grand penitentiary and became known as the ‘Angel of Peace,’ a title loaded with irony, given his subsequent future military campaigns in the Papal States.

In 1353, Innocent VI sent Albornoz from Avignon as his legate to Italy, with the mission to restore papal authority in the states of the Church. He arrived in Italy with a small mercenary army, and immediately received support from Archbishop Giovanni Visconti of Milan, along with the Archbishops of Pisa, Florence and Siena. At the Battle of Viterbo on 10 March 1354, he defeated Giovanni di Vico, who had usurped much of the Papal territories in the Latium and Umbria.

Albornoz then moved on to the Marche and Romagna, forcing more cities, including Ravenna and Ancona, to surrender to his military might and forcing once-powerful families to submit to the Pope. At the end of 1356, Albornoz was appointed Bishop of Sabina.

Before being recalled to Avignon in 1357, Albornoz issued the Constitutiones Sanctæ Matris Ecclesiæ, generally known as the ‘Egidian Constitutions.’ They regulated all matters in the Papal States and remained in force until 1816.

On his return to Avignon, Albornoz was feted as Pater Ecclesiæ, but he soon returned to his campaigns in Italy. In this second campaign, he missed only Bologna to complete his rebuilding of the Papal States. When Bologna was attacked by Bernabò Visconti of Milan, the city’s ruler, Giovanni d’Olleggio, decided to surrender Bologna to Albornoz. 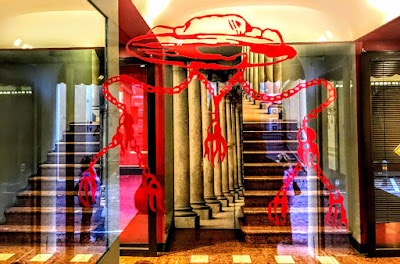 When Pope Innocent VI died in 1362, it is said, Albornoz turned down an offer of being elected to the papacy, and Urban V was elected instead. Once again, Albornoz returned to his military campaign against Visconti.

When all attacks failed, Pope Urban proclaimed a crusade against Visconti, but the eventual treaty was highly favourable to Visconti.

The military career of Albornoz ushered in a decade of warfare and atrocity that culminated in the massacre of Cesena. The town was faithful to the Papal cause but the entire population was executed by the Papal forces while paving the way of Urban V to Rome in 1367.

However, despite all his military campaigns, Albornoz achieved little to secure the submission of Italy to the Papacy. Instead, he was responsible for spreading bloodshed and strife throughout Italy. Yet, as a mark of gratitude, the pope appointed him the Papal Legate at Bologna in 1367.

Albornoz died at Viterbo 650 years ago, on 23 August 1367, and was buried in the Church of Saint Francis in Assisi. Four years later, his body was taken back to Toledo, where King Henry of Castile had him buried with full royal honours.

In his will, Albornoz also provided for the foundation of the College of Saint Clement in Bologna (Collegium Albornotianum) for 24 students from Castille, Aragon and Portugal, with two chaplains.

Today, the Collegio di Spagna (Royal Spanish College or Royal College of Spain in Bologna, officially Real Colegio Mayor de San Clemente de los Españoles) is a college for Spanish students at the University of Bologna. Arguably, it is the oldest institution carrying the name Spanish outside of Spain, predating the union of the crowns that led to the formation of the Kingdom of Spain. 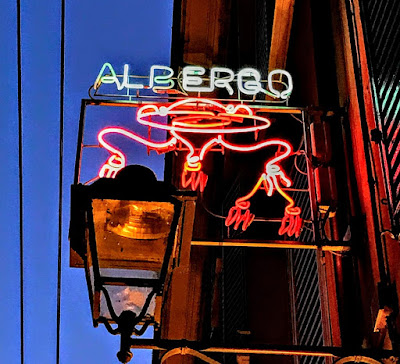 The red hat of Cardinal Albornoz at night at the Al Cappello Rosso Hotel in Bologna (Photograph: Patrick Comerford, 2017)